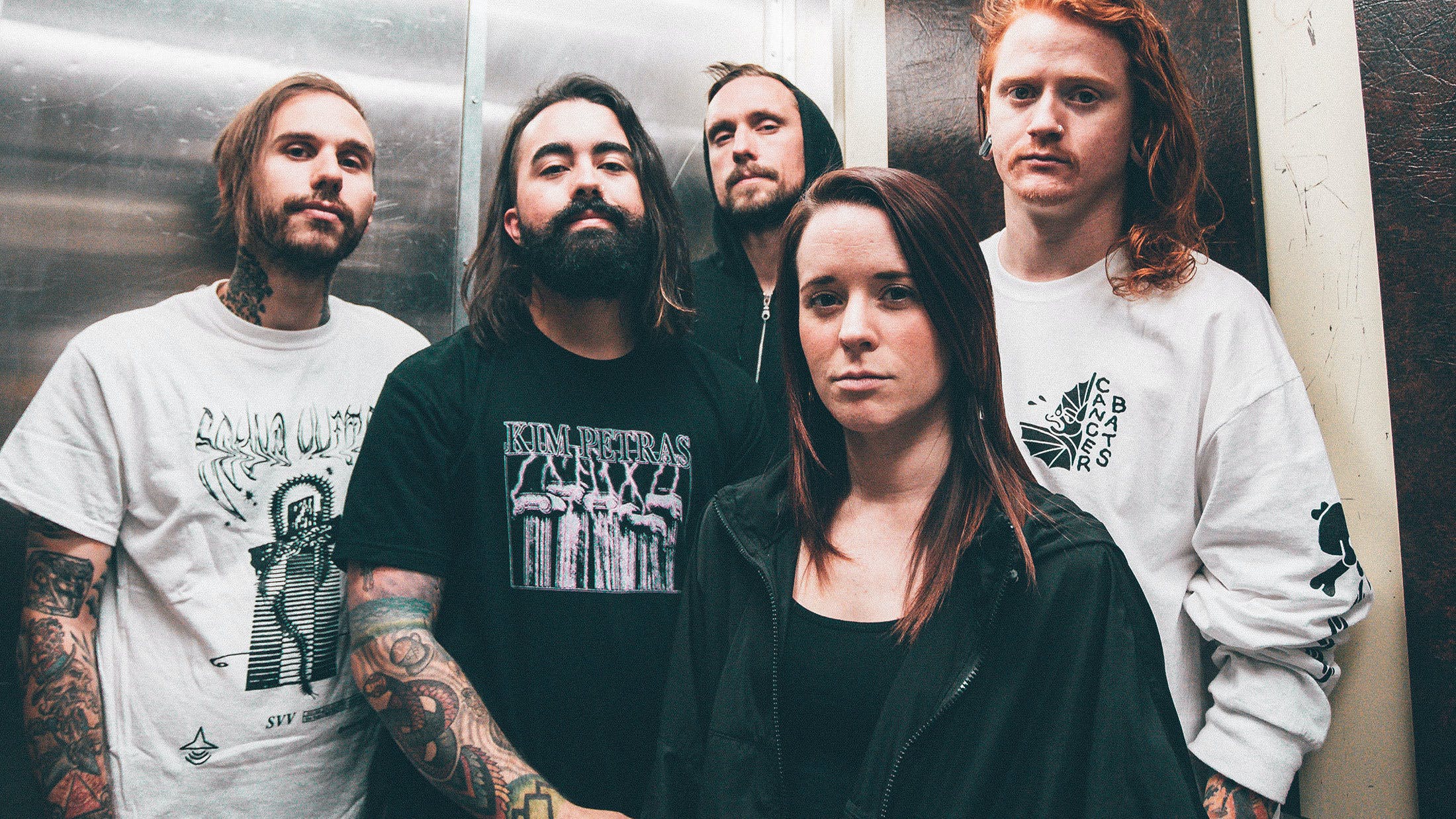 For Lauren Kashan, music isn’t just music. Even before joining Baltimore hardcore outfit Sharptooth in 2014, the scene had offered her something of a lifeline – a place where she, as a queer fem person, could feel accepted and part of a like-minded community that readily accepted marginalised people into its fold. It was in the pits of that scene where she found not only herself, but her friends and future bandmates. It wasn’t always without resistance – she’s spoken previously about encountering a “no clit in the pit” attitude towards women in the hardcore scene – but it still felt like home. And that’s precisely why Lauren reserves the right to criticise its shortcomings.

“It’s important that people get to feel the euphoria of being included and being a part of something," she says. "That’s why I got into hardcore in the first place. But one of the things that’s put me off recently is that it doesn’t feel like that inclusive space is prioritised anymore. I’d be at every single fucking show that came through Baltimore for most of my 20s, and you just find your people because they see you there being passionate about the music – stage-diving, dancing and clearly putting yourself into that full show experience – and from that a community developed. And my frustration right now is that it does not feel like a community at all. It feels like fucking high school, where people arbitrarily decide what the cool thing is and run with that, and if you don’t fit into somebody’s specific idea of that then they basically act like you’re not allowed to be there.”

It was her frustrations and anger with those supercilious and exclusive attitudes that led Lauren to write Say Nothing (In The Absence Of Content), the opening track to Sharptooth’s second album, Transitional Forms. A furious blast of aggressive, emotional exorcism, it sees the band – completed by guitarists Keith Higgins and Lance Donati, bassist Peter Bruno and drummer Matt Hague – rage against that close-minded mindset of the scene. More than that, it also confronts the pushback that Sharptooth have received from within the scene because they dare to be a band with an agenda that makes it a priority to speak to, show up for, and represent marginalised people – an idea that often seems averse to hardcore’s traditionally white, cis-male demographic.

“Different kinds of music can exist within the same scene and it can be for different people,” Lauren says, “but there’s this fundamental block that I think a lot of younger hardcore fans have where they’re like, ‘That space that isn’t for me?! Fuck that! That sucks.’ No, it just means it’s not for you. But when you’re a part of a population that has historically had everything made for them, it feels like oppression when it’s not. So it felt really important to write Say Nothing. That anger was something that I carried for a really long time. I often felt betrayed by metalcore and hardcore in some ways – that I poured my soul into this thing and try to do everything honestly and with integrity, and then I’m getting attacked for using my music to try to make the world better. There’s so much cognitive dissonance that comes with that, while I’m just out here trying to do the right thing.”

Of course, it goes without saying that much of the resistance Lauren has experienced since being in the band is solely because she’s female – a result of the innate misogyny that exists within the scene and the music industry in general, something she’s experienced more as Sharptooth’s profile has grown. It’s something, she explains, that blew Matt’s mind when they recently drafted him to sit behind the kit.

As much as that misogyny repels her, at the same time Lauren’s bond to and love for the scene is much stronger – and it’s a love that always wins out. It’s also never stopped her from speaking her mind about the scene and sexism.

“A lot of it has to do with the fact that I’m a woman in a historically male space,” she says, “but it’s also the fact that I’m critical of it. Some people don’t know how to take constructive criticism. I could tell the hardcore scene to go fuck itself, that it’s trash and that heavy music is bullshit and fuck all of you. That would be well within my rights to do, but that would be the same thing as people going, ‘Oh, you don’t like this country? Then move to another one.’ I don’t <want> to move to another one and I don’t want to move to another type of music. I want this, because I know how powerful and impactful it can be; especially if you have unprocessed trauma, if you have experience feeling threatened in the world, if you haven’t had a place where you can easily process your emotions in front of a community.”

That’s something Lauren has done, both musically and speaking onstage between songs. As outspoken, intelligent and confident as she is, she’s also not afraid to be vulnerable – or show that vulnerability to others, and use it as a form of empowerment. On 2017’s debut, Clever Girl, the song Left 4 Dead details her experiences as a survivor of sexual assault and rape. It was the first time she’d written about those experiences, and doing so – and performing that song live – was incredibly cathartic, not least because people in the audience would share their stories and experiences with Lauren afterwards. It’s seeing that impact, and finding that inner strength, that keeps Lauren going, because while she’s using Sharptooth as a vehicle to communicate her ideas, those ideas are so much bigger than her or her band. And that’s precisely the point. It would be easy – or easier, at least – for her to quit music and the scene. But life isn’t easy, and the struggles that minorities and marginalised communities encounter even less so, and so Lauren wants to redress the balance. In fact, she needs to.

Whether that’s in terms of the scene or the issues of world at large, they’re almost one and the same thing for Lauren. Her art is her activism and her activism is her art. And as long as she feels the need to make the world a better place, she’s not going to stop trying.

“There are things that people are still unwilling to talk about,” she says, her voice sounding both defiant and vulnerable, powerful and energised, but also almost on the verge of tears, “and we’re going to keep annoying them until they talk about it. That’s one of my favourite things to say – that if you’re fucking sick of hearing my voice and are sick of me fucking talking, then fix the fucking world. Do fucking right by other people and fix this goddamn world and treat other people with equality and kindness and I will have nothing to fucking bitch about. So get on it.”

Sharptooth's Lauren Kashan: "Real change comes when we look in the mirror and have the courage to acknowledge the biases within us"

Sharptooth vocalist Lauren Kashan on why we should all use International Women's Day's theme of Choose To Challenge to question ourselves and confront our own internal biases.

Limbs and Wristmeetrazor will join hardcore up-and-comers Sharptooth on their North American tour.

Hardcore firebrands Sharptooth turn a Brooklyn dive bar into a feeding frenzy in the latest installment of the K! Pit…

“This song is about us as LGBTQIA people telling the rest of society how you can and cannot talk to us.."