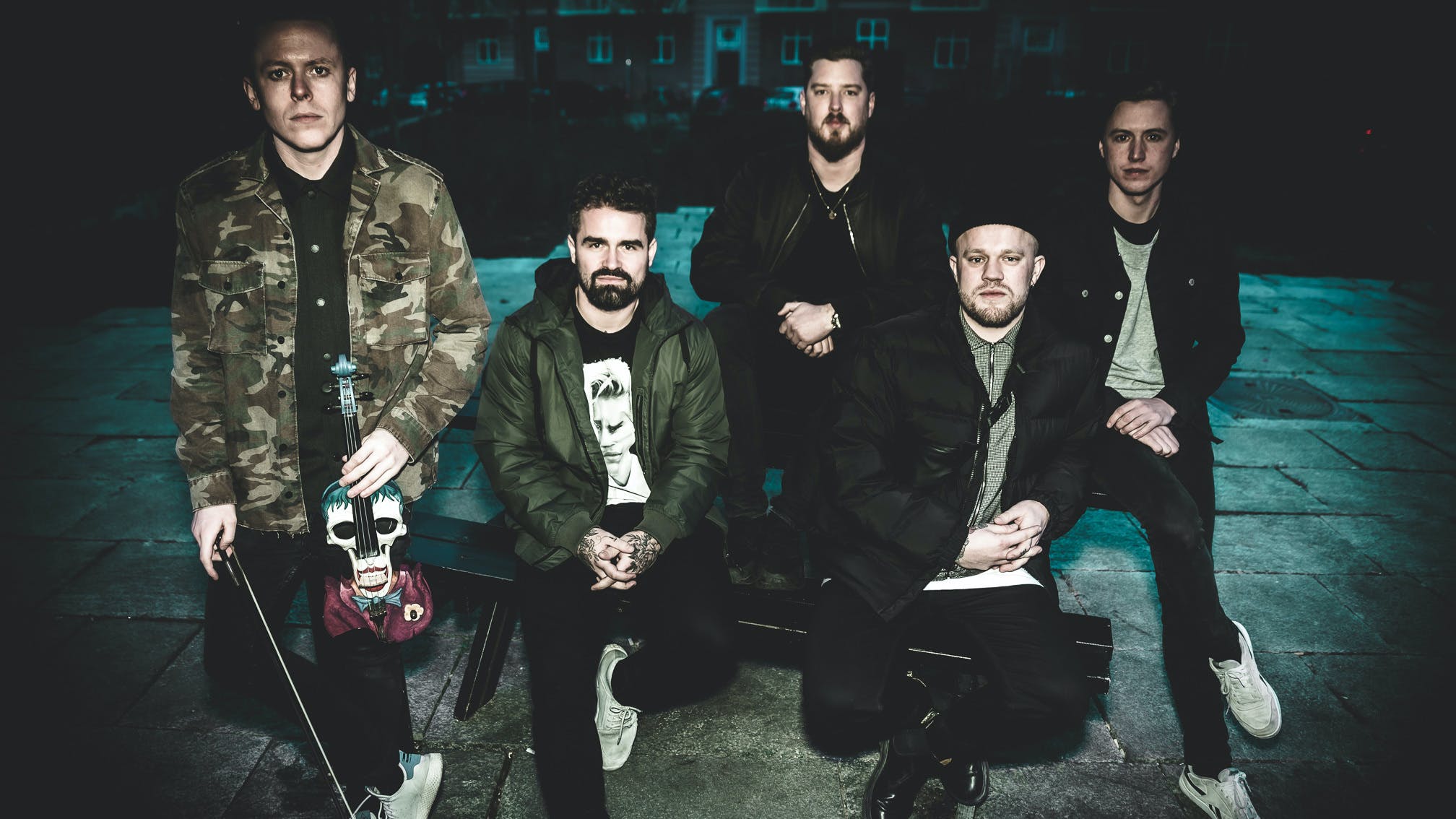 Being a professional songwriter and producer, impassioned conversations are a regular occurrence for Andreas Kruger, guitarist of Danish rockers Siamese. Not only is he chief composer in his own band, Andreas has worked on hundreds of pop songs for the likes of Sigala and Ella Eyre, with songwriting and producing credits totalling in excess of 300,000,000 streams. It’s a job that means he’s regularly thrust into pretty serious situations with people he knows little about, but also allows him to channel such experiences into his work with Siamese.

“Before the pandemic I was going to London every month to work on songs for other artists,” he begins. “Those experiences have taught me so much about songwriting, particularly when it comes to lyrics and the intense conversations you sometimes have to have around them. It’s inspiring really, and a great element to be able to bring to Siamese.”

Andreas and bandmates Mirza Radonjica (vocals), Christian Hjort Lauritzen (violin), Mark Nommesen (bass) and Joakim Stilling (drums) have been performing as Siamese since 2011, but only started making waves outside of Scandinavia with their last album, 2019’s Super Human.

According to Andreas, Siamese have “always tried to be experimental, and blend elements of electronic and R&B with rock”, and their melodic, forward-thinking take on alternative music is comparable to the likes of Don Broco, You Me At Six and post-That’s The Spirit Bring Me The Horizon. But there’s more to the Danes than a sound that’s perfect for the Spotify generation of rock fans, they also boast real industry expertise. Alongside Andreas’ songwriting pedigree, frontman Mirza has managed and developed some of Denmark’s finest alternative bands – including Ghost Iris and blackgaze sensations MØL – which gives him an edge when it comes to honing every aspect of Siamese’s world.

“Every year I’m probably involved in around 250 songs,” Mirza explains. “I’m constantly at work developing artists and figuring out what does and doesn't work with bands other than my own. Doing the A&R, the production and the co-writing side of things really gives me a sense of objectivity, which helps when it comes to looking at my own little babies!

“The more you write, the more you learn, and just because you’ve spent a shit-load of time working on a song, that doesn’t automatically mean it’s good. Working in metal, I’ve read and listened to loads of stuff, including one artist who wrote about wanting to dig up his dead mother and fuck her! I’ve had all kinds of situations thrown at me, and it all feeds into my approach with our band.”

With such expertise within Siamese, particularly when it comes to the world of streaming, one might expect the band to be an odds-on favourite to conquer Spotify playlists with ease. Mirza and Andreas insist, however, that there’s no songwriting or production formula that guarantees success on streaming platforms, the former stating that while he does use data from Spotify to inform decisions about Siamese and the bands he manages, it’s ultimately about “what your ears and your brain are telling you about the song. There’s no set formula or method to this – it’s a gut feeling.”

“If Mirza says, ‘That’s the single,’ I don’t argue,” Andreas adds of his bandmate’s judgement.

Listening to Siamese’s recent output, it’s clear the band know what they’re doing. Singles Can’t Force The Love and Home – the latter of which features Drew York of Stray From The Path – demonstrate both a melodic sensibility and fondness for the darker and heavier facets of rock, which has seen the tracks become some of the band’s most popular. Their most recent single Enough Ain’t Enough continues this trend and sees the band collaborate with Dayseeker’s Rory Rodriguez. But while Siamese’s new material still contains flashes of the genre fluidity and experimentation that characterised their sound of old, it’s now more streamlined, creating something that’s easier on the ear and more accessible than anything they’ve done before.

“In the past, I think we’ve tried to be a little too much like bands like Issues when it comes to showing how versatile we are,” Andreas admits, before Mirza adds that Siamese’s music is “so much more focused now”.

“Our new material is more dynamic and more theatrical,” he continues. “It’s definitely heavier, too. We’ve always had one foot in the rock and metal camp, but this time, we’re all in. There’s going to be far more screaming and heaviness than we’ve ever had before on our new album. It really feels like something is happening with this new material we’re working on.”

The new album of which Mirza speaks is scheduled for release later this year via Long Branch Records, with Siamese’s primary songwriters currently holed-up in a summerhouse in the Danish countryside as they continue to tinker with its music. The record promises to be a watershed moment for the band, but while expectations are high and experience is certainly not lacking, when it comes to future success, Mirza is playing things cool. Longevity and happiness – not world domination – is the goal here.

“A lot of bands seem to have what I’d call a ‘loser mentality’,” he concludes. “It's where you always keep comparing yourself to others. ‘Why have they got that? Why didn't I get that?’ It’s sad to see so many bands break up because they had such big dreams that they couldn’t live up to. The truth when it comes to Siamese is that I'm really satisfied with the way things are going. Of course, the next step is more touring, more people, more festivals, and that would be awesome and I’d love it. But it's also nice being where we are right now. I'm happy – we’re happy – and I know that's not very rock’n’roll, but it’s us.”