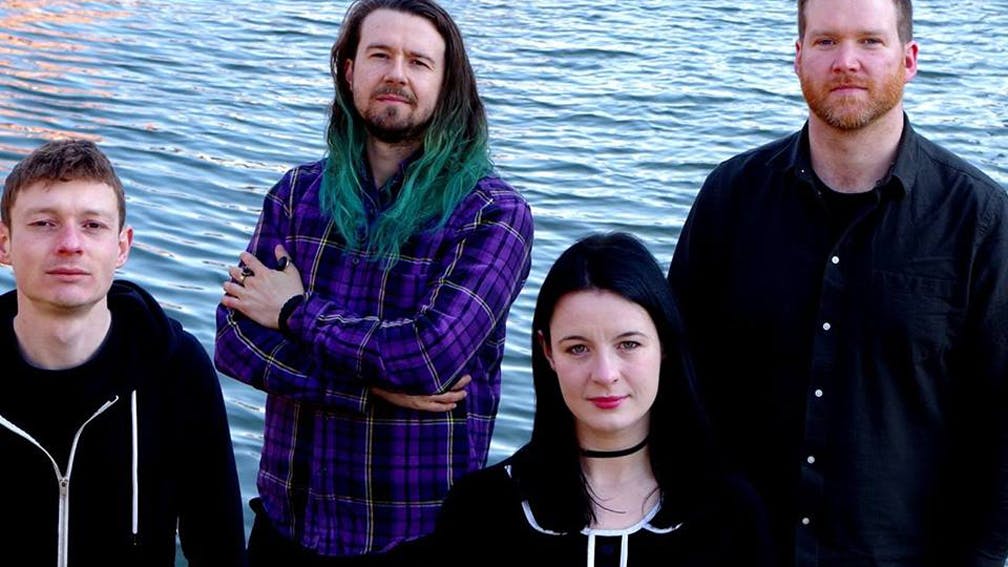 We asked Serena Cherry, guitarist and vocalist of Bristol political hardcore heroes Svalbard, about the dangers of Alabama’s newly-approved abortion ban. This is what she had to say…

What were your thoughts when you heard about the Alabama abortion ban laws, Serena?
“One of my first thoughts when looking into this was: ‘There’s just so much more regulating of women’s bodies than there is guns,’ and the fact that it’s under this banner of ‘pro-life’ – when guns probably destroy more lives and they’re less regulated. It’s something that criminalises doctors, and to me, it doesn’t even seem to be about saving lives – it seems to be about patriarchy and oppressing women. If you care about saving lives, why would you not allow women who are alive to be able to make these choices that are going to affect them so deeply? It’s something that I don’t understand, and something that’s really been bothering me – that it’s like, ‘Oh, it should be allowed in the cases of rape or incest.’ I feel that it’s something that should be available to everyone, regardless. There shouldn’t be this stipulation where, ‘Oh, the woman has been tortured so we’ll allow it this once.’ It just paints this awful situation where you have to have been raped to even stand a chance of terminating a pregnancy.

“We’ve got a song called Pro Life?, and some of the lyrics are like, ‘Is it pro-life to have no rights? / To bear unwanted children in the name of Jesus Christ?’ And that’s something else that staggers me: that it’s all pushed forward as something that’s relating to religious beliefs, and it’s pushed as this Christian pro-life movement. I feel that people are fixating too much on these tiny little things and these ways that they interpret the Bible. They’re not fixating on the overarching messages of the Bible, such as love, and care, and tolerance. Jesus was big on helping people, and I do think that Jesus would probably be pro-choice!”

What would you say to those who are pro-life?
“I feel that it’s really unfair people who are pro-life to push their beliefs in a way that affects other people’s lives. At the end of the day, you’re not going to have to live the life of someone who has accidentally fallen pregnant, cannot provide for the child, doesn’t want the child and is trapped in this horrendous situation. I feel that a lot of these pro-life believers just need some empathy, and they need to consider that, whether another woman has a child or terminates a pregnancy, it doesn’t actually affect them. They can have their beliefs and think that’s something is wrong – like me: I personally don’t take drugs, but I would never go round and try and prevent everyone else in the world from taking drugs, because it’s their choice. You can be anti-abortion and not have one yourself, but then to try and take that right away from everyone else, just because you don’t believe in it, is insanely oppressive. A belief doesn’t make you right.”

These laws haven’t taken effect yet, so do you think it’s important for everyone to keep speaking out while it’s still a big talking point in the news at the moment?
“I feel that the more it’s discussed and the more it’s shared, and the more people who are pro-choice speak up about it, the better – because then it normalises the belief that women should have bodily autonomy. This should be an accepted norm, and the more people talk about it, the better. But I also understand this overwhelming sense of futility that comes up from the debate, and it does just feel like two sides who can’t comprehend each other’s views. It’s so important, because a lot of people might not even really give thought to it as an issue, so we must keep talking about it and raise the awareness that this is something that’s hugely affecting women’s lives. It’s just so dangerous to remove safe access to abortion. Talking about it is key, even though it does feel futile sometimes.”

If there are people who maybe can’t afford to donate to Planned Parenthood or places like that, do you think tweeting about it and posting on social media is a helpful tool?
“Definitely! If people can’t afford to donate to any charities, then just using your voice is the best thing that you can do to raise that awareness, and to make sure that women who are fighting for their rights know that we’re all on their side – to know that it’s not only them, and they’re not isolated in this country that hates them and wants to oppress them with these unsafe laws. I think posting on Facebook is a key one, actually, because Twitter tends to be for people who think, while Facebook is maybe for slightly older generations – you have your uncle from miles away who has completely different political views from you! Facebook is a great way for reaching those people and actually showcasing different views that they wouldn’t be exposed to if they only read the Daily Mail.”

When people are posting about it, it’s probably also key to hammer home that this doesn’t stop abortion – it stops safe abortion…
“Oh, definitely – I think that’s probably one of the most important points. Pro-life people seem to have this belief that if access to abortion is stopped, then that’s it: abortions won’t happen and all babies will be born. But that’s simply not the case. Women who are in desperate need will have to seek backstreet abortions, or they’ll fly to other countries to have procedures there. It just makes it so dangerous and unsafe. I was reading an article about women who were coming home to their states bleeding and with infections from having to travel. I feel like people who are pro-life aren’t considering this: that the need for abortion is always going to be there. The only thing these bills do is remove access to safe abortion.”

The situation in Alabama has also brought attention to the laws in Ireland as well, which a lot of people here probably weren’t aware of. Do you have any advice for people closer to home about spreading the message?
“I think, again, just doing a bit of research and checking out all these different laws. I actually only became aware of the Ireland stuff through Brexit – I just assumed it was the same as it is in the UK, and that women in Ireland would have access to an abortion. I didn’t realise just how different it was. I was reading that every Friday you’d have certain flights that are full of young women who are flying over to terminate a pregnancy, and then flying back on Sunday ready to go back to school on the Monday. That absolutely shocked me. My biggest advice would be: that’s what the internet is for, and do your research. When you feel that you’ve got a solid grasp of what’s actually going on in these countries, speak out against it. Use your own voice, and find groups where you can find that solidarity to really strengthen the message that people will not stand for this.”