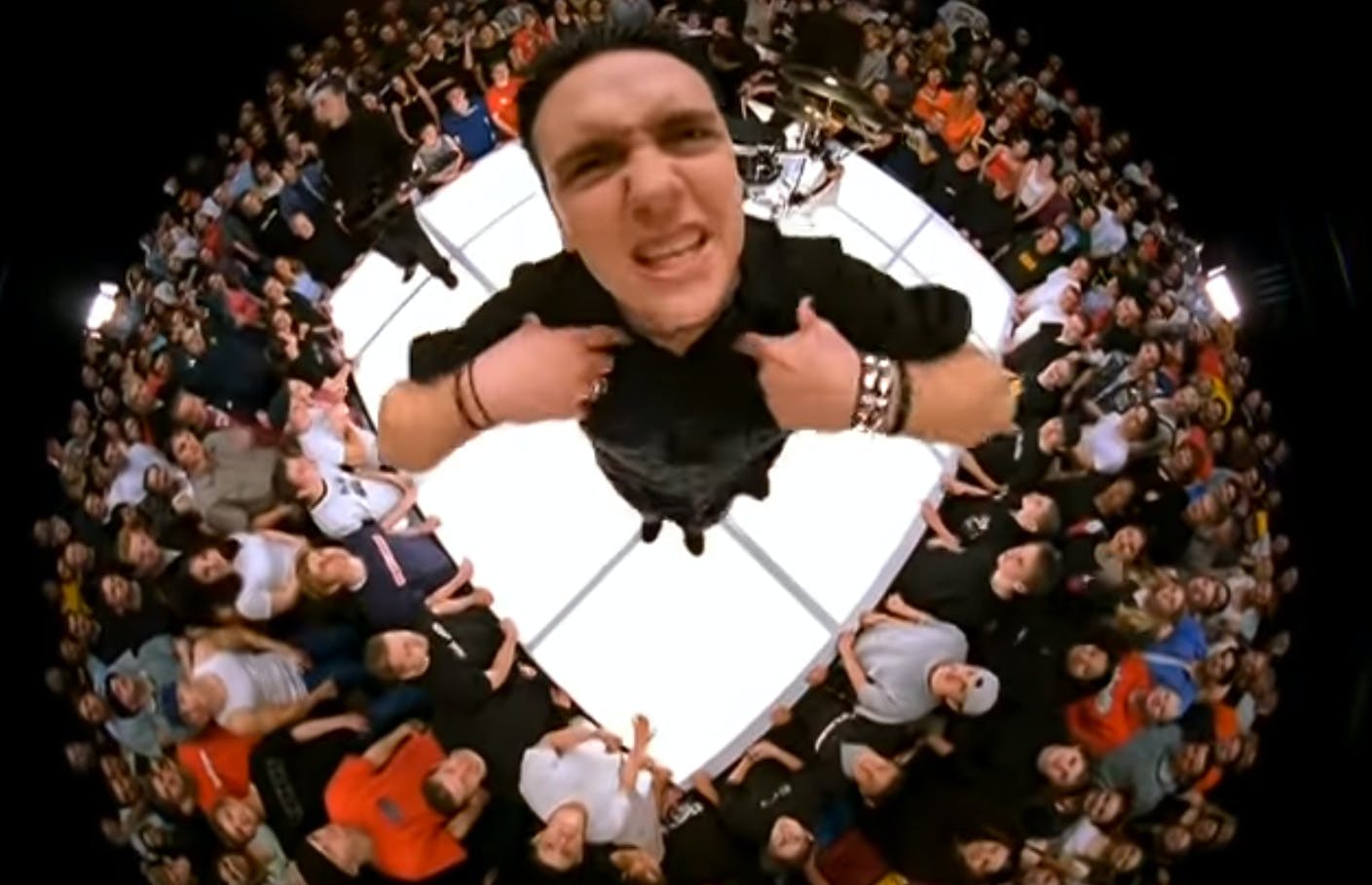 It’s been 20 years since Papa Roach exploded into the public consciousness – and our TV screens – with their major label debut Infest. At that time they slotted neatly into the burgeoning nu-metal scene with their angst-ridden mixture of riffs and rap.

In the intervening two decades Papa Roach have seen scenes come and go, while undergoing numerous musical phases themselves. They’ve also made more than 40 music videos – if you include the alternate, live and web-only versions. That's a lot by anyone's standards.

But which ones are their best?

Check out our rundown and prepare for zombies, shootouts and a good hard kick in the feels…

Everyone likes a good zombie flick, right? Not to mention a zombie-slayer with superpowers. The idea was actually put forward by frontman Jacoby Shaddix’s son Jagger and the band and their director ran with it. A bit of undead slapping also suited the pugnacious, 'keep-fighting' lyrical theme that was vital during what was essentially the start of a recovery from a mid-career slump.

It seems P-Roach were eerily prescient with this one, calling out the markets half a decade before the big financial crash of 2008-09. In truth, greed never disappears, it just keeps a lower profile sometimes, so the band were perfectly timely in taking pot-shots at the suits in charge. The band and their fans end up trashing the trading floor, although exactly what political point they’re trying to make with the pointy metal bra remains unclear.

It wasn’t quite as explosive as Infest but 2002’s Lovehatetragedy still caught them in the first flush of success. As such they didn’t need a grand concept for this video – just a post-apocalyptic fairground to give that mad festival feel and a general sense of giddy excitement. The sight of the band playing in the round, surrounded by fans, would become a familiar motif but here they pimped it up with a wall of death of the fairground rather than moshpit variety.

Gravity was one of the more layered, hip-hop flavoured moments from the eclectic F.E.A.R. album and saw Jacoby in full confessional mode. When it comes to the video though, it’s the star turn from In This Moment’s Maria Brink that steals the show. Whether smashing rooms up as the wronged party or rising above it all in a magnificent winged get-up, she brings a sense of star quality to the role.

This was the third single from breakthrough album Infest and also the most technically accomplished. As the band play in a concrete sweatbox the camera zooms in and passes into their bodies, in scenes reminiscent of Fight Club (which the song also references). There are also plenty of roaches in view, including a torrent that spew from Jacoby’s mouth when he screams. Lovely.

No Matter What hailed from the hybrid Time For Annihilation, which was a mostly live album with a handful of new songs thrown in and marked Papa Roach’s transition from a major label act to a more independent stance. The video was notable for being a mini heist movie falling somewhere between Reservoir Dogs and Butch Cassidy And The Sundance Kid. There’s a bit of performance footage thrown in as usual, but that’s strictly secondary to the hail of bullets.

The title-track and one of the lead singles from the new album sees Papa Roach in fine form, as Jacoby takes on the decidedly Ron Burgundy-esque persona of Larry Dickman. The Anchorman interludes are hilarious, but the song has a serious point as well in these times of fake news and paranoia. Stay classy, Papa Roach fans.

Nearly two decades on, this GRAMMY-nominated video remains as affecting as the day it was released. It was a personal subject for Jacoby and also for director Marcos Siega – who went on to direct serial killer show Dexter and reportedly broke down in tears on the set of this vid. The backstory of the dysfunctional family, told largely through stills timed to the juddering riffs, is as gritty and brutal as music videos get, depicting sexual assault, addiction and abuse. They don’t come much more powerful than this.

When Jacoby wrote Hollywood Whore he had a number of celebrities in mind, but it was also a point in the band’s career when he was facing his own demons and substance abuse issues. He’s subsequently said that he came to realise he was the whore of the title. Make what you will, then, of the gore-soaked metaphor that sees the actress’ face literally melting away before drenching the room and the band in more blood than a Rob Zombie movie marathon.

This isn’t their cleverest, their fanciest or their most emotional video, but when you think of Papa Roach, what's the song and imagery that immediately springs to mind? This was where it all kicked off and it also saw the band doing what they do best – playing with absolute passion and intensity while connecting with their fans. This was the first vid in which they played in the round and most of the crowd surrounding them were genuine fans bussed in for the occasion. The energy (and crowd-surfing) is all real, while the anti-suicide and self-harm sentiments expressed in both the lyrics and the video helped give a voice to those most in need of help.