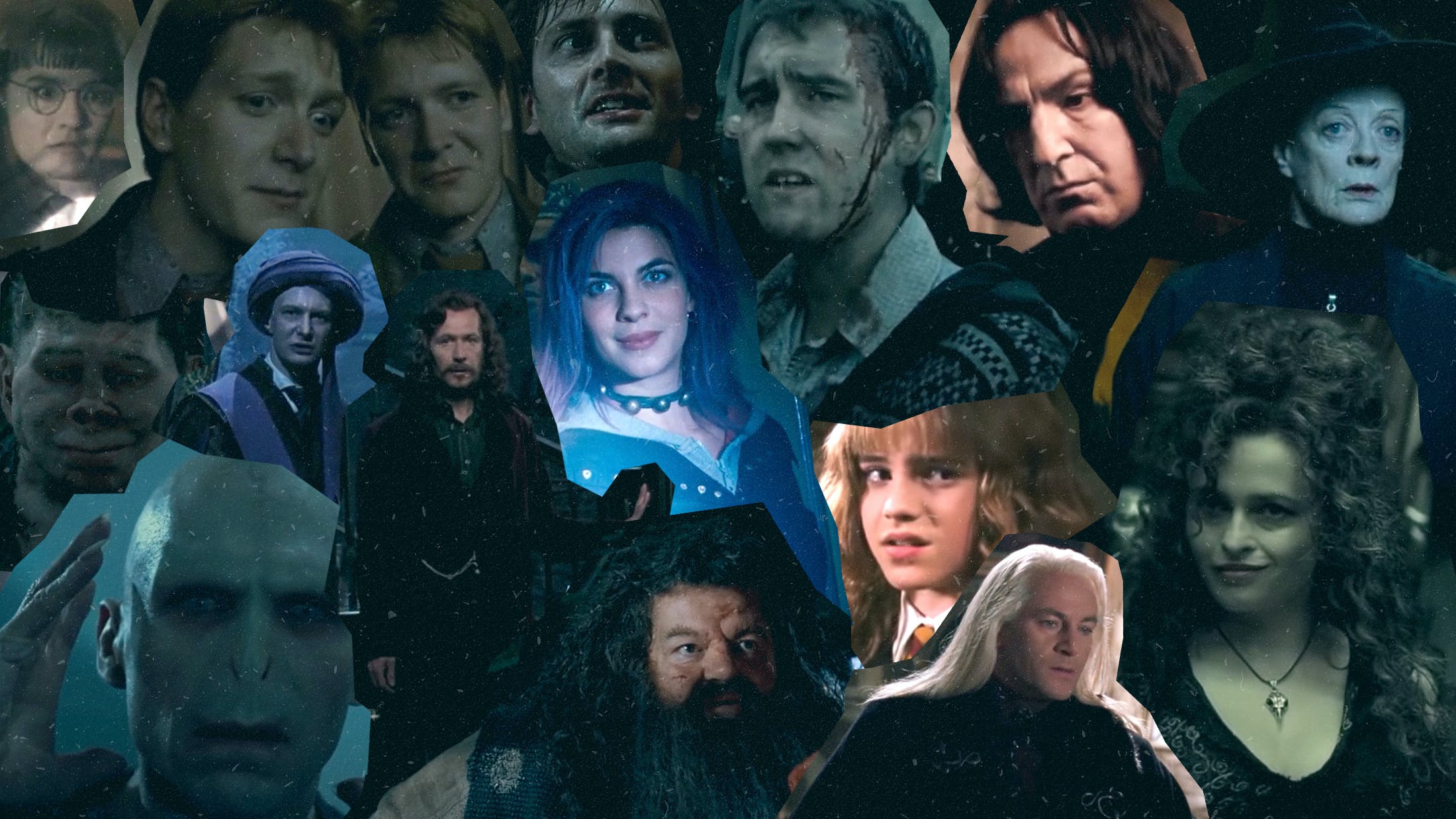 Magic and metal have a lot in common: pointing at shit dramatically, wearing cloaks, having big-ass pictures of the moon, burning down churches – all kinds of stuff. But who in The Wizarding World of Harry Potter is the metallest of metal?

The Weasleys have a few metal elements to them: the copper-coloured hair of Dave Mustaine, the inherent evil of twins, the endearing clumsiness of Spinal Tap. Ron also says “bloody” a lot, which is the Potterverse equivalent of when a band goes, “Fuckin’ London! Fuckin’ make some fuckin’ noise! Fuck yeah! Fuck!”

He might have a name that sounds like a particularly tricky ‘doing a shit’ manoeuvre, but BCJ is also a swooping-fringed, leather-jacketed angst-filled tearaway prone to making big pronouncements about Dark Lords. He’s a dork, but he’s also the kind of dork who ends up as the sole constant member of a band that is pretty much a glorified solo act, a revolving door of jobbing musicians that he thinks he’s better than.

Hagrid’s half-brother Grawp is part-giant, a colossal drooling dumbass, and basically the guy that insists on standing in front of you at every show he goes to. What a dick.

On the one hand, Fenrir Greyback is a stupid werewolf who is rubbish (don’t write in), but on the other he looks like he’s in a Five Finger Death Punch tribute act.

Aragog is a big spider, and spiders, as any fan of the early-2000s nu-metal band Cold knows, are extremely metal.

Holding a sword makes you look cool whatever you’re wearing. Neville Longbottom proved this going into battle in a smart cardigan, but Bruce Dickinson paved the way when he decided to stick loads of dangly flappy bits on his trousers and still looked completely badass.

Moaning Myrtle’s two key traits are that she is grumpy and spends a lot of time in really manky toilets. Replace the manky second-floor girl’s toilet at Hogwarts with the toilets behind a petrol station on a motorway near Antwerp, and she has a lot in common with a band eight months into a never-ending tour, sick of the sight of one another and rendered perma-ill by eating appallingly. Also ‘Myrtle’ sounds a bit like metal, so there’s that.

A tree that fights? That’s some real Mastodon shit.

'Shacklebolt' is about as metal a surname as it gets. It sounds like a band comprised entirely of blacksmiths.

Black-clad and better at seething than most, you can totally see Severus Snape returning to his chambers and doing dramatic ‘I Am Brooding’ type poses while blasting a Now That’s What I Call Symphonic Metal Soundscapes compilation.

With his vampiric good looks and appalling/amazing hair, you could absolutely buy Lucius Malfoy as the lead singer of a European band you’ve never heard of that have somehow been going since 1985, sold 18 million records and are third from the top at Hellfest.

Making incredibly difficult stuff that has taken ages to learn look easy is an infuriating but impressive trait. In the metal world it’s casually performing a mind-blowing solo without breaking a sweat, while in the magic world it’s effortlessly turning into a cat for a bit.

Nymphadora Tonks – who goes by her surname only, because ‘Nymphadora’ is silly and there’s nothing at all daft about a surname that sounds like you dropped a flask – is a fan of wacky hair (which she can change the colour of at will) and werewolves, and (spoiler alert) ends up getting killed by her aunt. All pretty metal.

A great big hairy bearded bastard (yes), who lives in the woods (yes), and is friends with a spider and a dragon (yes)? And he looks all massive and scary but is actually the most solid dude in the world and enjoys a cuddle? Metal.

Hermione Granger spends the majority of her time reading books, smashing things up, wearing hoodies and rolling her eyes at everyone less intelligent than her. If she were a band, her first album would be great and her fifth would be completely impenetrable.

There are some pretty big names in the rock world who only have luck to thank for the fact they still have noses – if Tom Riddle had avoided magic entirely and spent the 1980s touring with Mötley Crüe he’d probably have come out looking just about the same. There’s also something undeniably Ozzy-esque about his smile, that cheerful “Hello, I am a complete maniac” vibe.

Has dreadlocks, lives in a bus. Metal.

Black is the most metal colour (silver at two, red at three, purple at four… again, don’t write in), so that’s a pretty good start. Then there’s Sirius – first, it sounds like ‘Serious Black’, which could be the name of a paint colour Dulux keep in a special cupboard because it’s too powerful. Then there’s the meaning of Sirius – it’s a star 8.6 light years away (metal) also known as the Dog Star (metal). Dogstar was also a band featuring Keanu Reeves on bass (metal) who played show with both Rancid (punk) and Weezer (a hard band to categorise but one that are very much on Harry Potter’s boat spectacles-wise). Plus he’s played by Gary Oldman, who won an Oscar for playing Winston Churchill, whose speeches are beloved of Iron Maiden. He pent a bunch of time in prison (metal), survived a few duels (metal) and has a good scruffy-suit-long-hair-tidy-beard thing going on (metal).

It’s like, how much more goth could she be? And the answer is none. None more goth.