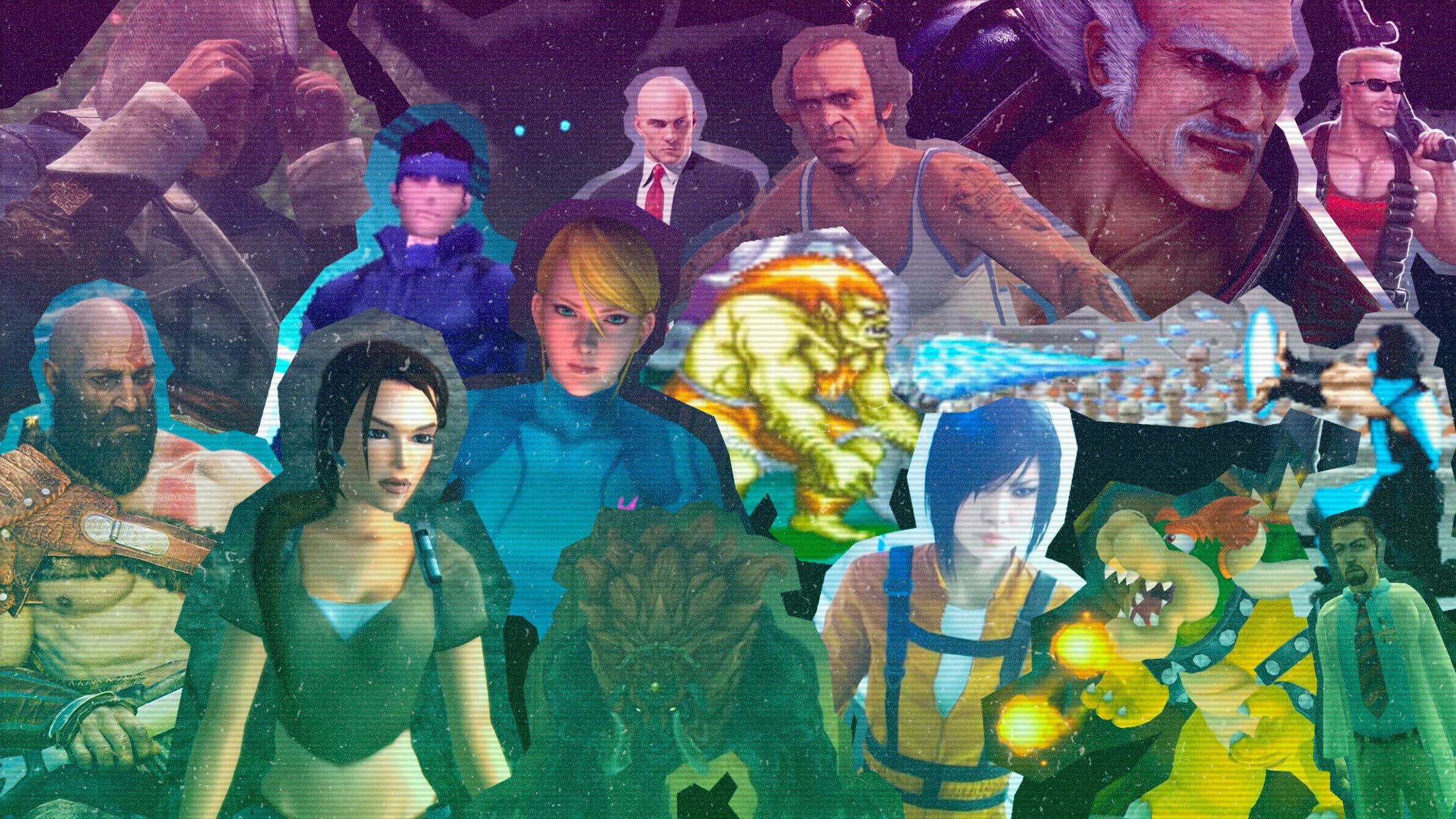 A lot of people who like metal also like video games. There’s plenty of crossover appeal between the two art forms – both can involve an unusual confluence of violence and fun, both frequently take great joy in excess and both can lead to noise complaints from neighbours.

Of all the video game characters out there, though, who is most metal? Taking into account that only one character per franchise should be allowed, and that game versions of real people don’t count (which excludes Brütal Legend and all of Guitar Hero’s thinly-disguised analogues of rock giants), here we go.

(Don’t write in about this, btw. Yeah, Max Payne should probably be in there somewhere. Yeah, so should Turok: Dinosaur Hunter. Yeah, there’s nobody from Resident Evil. Twenty isn’t that many…)

Heihachi is an extremely old man who could kick the living shit out of pretty much anyone. He also has an obsession with the Devil and his genes. It’s a good vibe.

A good name does a lot of heavy lifting, you know?

18. Dormin (Shadow Of The Colossus)

Dormin is a shadowy, mysterious figure who controls 16 enormous colossi, like if Ghost was the other way around and there was one Nameless Ghoul in charge of a bunch of enormous metal Popes.

Bald with a big-ass beard is an extremely strong look, and Kratos takes it to another level by pairing it with a giant axe, a massive red tattoo and a thing on his chest that definitely isn’t a sports bra… but is also a bit like a sports bra. He’s got a Kerry King / Rob Halford thing going on where the rules of what does and doesn’t look silly simply don’t apply.

Why are pirates so metal? They just arrrrr.

Frequently shirtless with unfeasibly beautiful hair, Sephiroth is sort of like a sword-wielding super-soldier version of Brandon Boyd from Incubus. Like, if instead of smoking weed and enjoying beaches, Brandon was an alien-human hybrid hell-bent on becoming a god, he’d be this guy.

Doom Guy has a bashed-in face and bleeding nose, but doesn’t give up. Dude’s been in the pit. Someone get him a beer.

An intergalactic bounty hunter who stomps about in a powered exoskeleton, rolls around in destructive sphere form and wallops her way through endless space pirates, Samus has a lot going on – she’s equal parts wrecking ball, Ripley from Alien and kind of cyber-swashbuckler. Metal as anything.

Faith Connors is small, badass, sports a face tattoo and basically jumps off buildings all day. Cool. She also spends a lot of time on ziplines, like Paul Stanley from KISS – but much cooler.

Too hench for sleeves, insistent on wearing sunglasses at all times and quick to dispense shit, problematic one-liners. Duke Nukem is like the new guy brought in to front an established band after their singer leaves, which only lasts one tour because he gets a bit too big for his boots.

9. Ganon (The Legend Of Zelda)

Ganon has different forms and different incarnations – sometimes he’s a giant demonic boar in a loincloth with a skull on it, sometimes he’s a muscular ginger man with a receding hairline and sometimes he’s a non-corporeal essence – but they’re all pretty full-on. His list of nicknames and alter-egos sounds like the discography of an excellent if same-y Scandinavian power metal band, including The Prince Of Thieves, The Great King of Evil, The King Of Light And Shadow, The Man With The Evil Eyes, Hatred And Malice Incarnate and Catalyst Of The Calamity.

Swap Agent 47’s barcode for two massive-ass chin piercings and you have David Draiman from Disturbed. (Note: You also need to swap ‘killing people for money’ for ‘fronting a successful Chicago-based metal band and famed for your impressive baritone’.)

A hyper-intelligent polyglot who enjoys dog sledding in his rare downtime, Solid Snake is a) named after a very metal animal and the physical state of most metals at room temperature; b) a remorseless killing machine, the very idea of which is pretty metal; and c) insistent on wearing a headband at all times for no reason other than it looking badass. What a dude.

Lara Croft is an archaeologist, and where would metal be without tales of ancient civilisations, half-buried ruins and rotting coffins? She also wears shorts with loads of stuff in their pockets pretty much all the time; an extremely metal habit.

Clad in an Andrew W.K.-esque grubby white T-shirt and possessing absolutely no self-control, Trevor is a loose cannon: an unhinged, ultra-violent psychopath, pyromaniac and career criminal, a bubble of vicious mayhem liable to pop at any second. A bad guy to know, a fun dude to watch.

Fire is so popular, it’s sometimes easy to forget how badass ice can be. Sub-Zero uses it in all sorts of hella rad ways, from impaling enemies on big icy spikes to doing a kind of slip’n’slide-enhanced punch thing that probably doesn’t make sense in terms of physics but looks great. There’s nothing metal about adhering to physics, everyone knows that. However, most metal of all is his signature move of completely ignoring the ice gimmick and ripping people’s spines out, because fuck it. Metal.

Blanka is cool as fuck: a green-skinned electricity-wielding wildman, all torn clothes and unkempt hair (including an impressively thick ginger mound on his chest). He’s all that is brutal, the visual embodiment of a giant feral scream. Just looking at him is deafening. He is definitely friends with Max Cavalera.