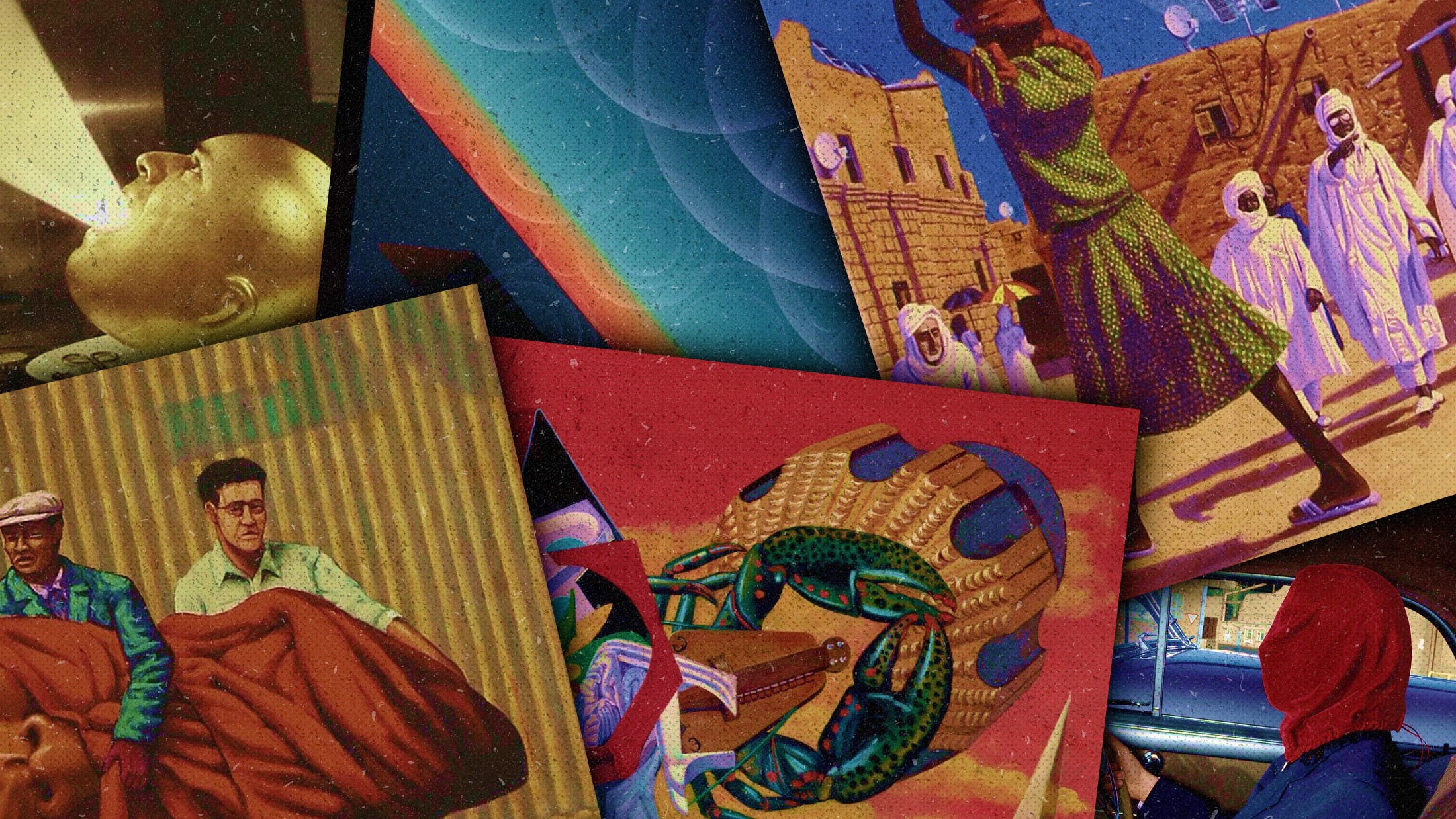 Although The Mars Volta disbanded some 14 years ago, their entire discography was recently released in a lavish 18-LP vinyl boxset titled La Realidad de los Sueños, which chronicles the band’s six extraordinary albums in excruciating detail. And this is just the excuse we need to reappraise every album by the El Paso experimentalists.

The prog rock band, led by vocalist Cedric Bixler-Zavala and guitarist Omar Rodríguez-López, disbanded in 2013, when Cedric and Omar reformed their previous band At The Drive-In. Rumours persist, however, that The Mars Volta will reform or already have, with Cedric alluding to it on Twitter in 2019. When pushed to elaborate, the vocalist suggested: “What it’s NOT going to be is your ‘fav member line-up’ playing their ‘classic records’ in full etc. Maybe we’ll play old shit, who knows how we feel.” That was two years and a global pandemic ago, though, so who knows whether their reconnection will still go beyond the caretaking of their reissues to new material and live dates.

While we wait in hope, let’s return to the task of ranking the band’s albums and a piece of small print. While we’ve explored their qualities, we haven’t delved into the respective concepts, because a) they deserve expansive word counts all to themselves, b) they’re often impenetrable, and c) they don’t have a lasting role in how good the music is – who, for instance, declares: ‘I hate the album but love the concept?’

So with that clarified, let’s dive in…

What’s the best way to rain on the parade of your new album? Back in 2012 Cedric and Omar did so by announcing the reformation of their ‘other’ band, At The Drive-In, sending fans into a frenzy that rather overshadowed the latest release from what was effectively their day job – though not for much longer. Perhaps it was all part of the plan, as Noctourniquet is the sound of The Mars Volta joining the rest of us back on Earth. Admittedly, it’s often weird and frequently all over the place, though ‘fractured’ might be more apt given its lengthy gestation following creative clashes between Cedric and Omar. Much of it is restrained by their own standards, prevented from being too expansive by its rather stifling, claustrophobic production. Meanwhile, the addition of electronics give Lapochka and Vadamalady a Zen-like sense of consideration and calm, hinting at the life the band could have had… and may one day achieve?

Reviewing a Mars Volta album is evidently a tough job, as looking back over some contemporaneous examples finds writers coming away with not just markedly different opinions, but wildly conflicting observations, too. Never is that more evident than on Octahedron, a fifth album simultaneously considered wild and mellow, arcane and reflective. One point agreed on, however, and correctly so, is that it’s relatively accessible for an album named after an eight- sided geometric shape, and the first on which the band noticeably exercised some restraint. It’s their version of restraint, though, so while ballad Copernicus is a slimmed down spectacle, it glides past the seven-minute mark. And while the lyrics are more familiar, they still evade.

With eight tracks clocking in at 76 minutes, album number three probably didn’t seem like it had learned any lessons from its predecessor, Frances The Mute – but that’s not the case. For all the earlier LP’s moments of transcendental brilliance, it also mired the listener in some impenetrable passages. Amputechture is successful in its mission of delivering content that’s more killer than filler, as it is addressing another persistent complaint levelled at the band: Cedric’s lyrics. Here they follow a broad theme, the effects of religious fervour upon the world, rather than a cryptic narrative, meaning the the words are easier to get a handle on.

Upon its release, reviews penalised this fourth album for sounding like The Mars Volta, recognising the band’s name had become polarising shorthand for innovation and indulgence alike. And while the pieces of the puzzle are all in place – the jazzy structures, the Latin rhythms – this is the record on which the ‘rock’ part of their ‘prog rock’ tag is most breathlessly executed (see opener Aberinkula for immediate evidence). It’s dizzyingly funky too, thanks to the efforts of frequent collaborator and Red Hot Chili Pepper John Frusciante, whose guitar work with the similarly virtuosic Omar is something to behold. More importantly, whether paying attention to their listeners or, more likely, their own instincts, The Bedlam Of Goliath sounds like a band being more concise and cohesive, headed in the same direction and arriving somewhere spectacular.

What do you do if you’re a band with an incredibly uncommercial sound and your debut album becomes a commercial success? If you’re The Mars Volta then you push further, wider, deeper and stranger to see if those same fans follow you onwards and outwards. This follow-up was the subject of some compromise, though, with the record label balking at the original plan for it to have only five tracks, with the final two being lengthy movements. And while they were subsequently cut into smaller pieces, meaning 12 tracks overall, that formalised the scope but couldn’t contain an album bursting at the seams with creativity – for good and for bad. At its best it contains much of the band’s most hypnotically beautiful music (Cassandra Gemini) and slickest examples of genre-bending (L’Via L’Viaquez). But there’s simply too much of everything here, meaning it’s not quite the match of its perfectly pitched predecessor. And yet, somehow in the midst of this overindulgence, The Mars Volta created their most accessible song, The Widow, as a reminder that this band confounded expectations even when delivering excess.

While not the band’s first musical statement (that came with 2002’s Tremulant EP), De-Loused In The Comatorium was the moment The Mars Volta exploded into the public consciousness. For fans of Cedric and Omar’s previous band At The Drive-In, this was a seismic shift in style. For everyone else, it was the arrival of the kind of prog band you didn’t think they made anymore, right down to the iconic cover art courtesy of Pink Floyd designer Storm Thorgerson. As with Pink Floyd, the album works as a conceptual whole, poetic in vision, powerful in execution, and dense with rhythm and styles. With so many constituent musical parts over the years, and a pretty fluid line-up of members, The Mars Volta’s chemistry was difficult to keep a handle on, but it’s clear that it was in perfect balance here. De-Loused… mixes technical virtuosity and sublime melodies in a balancing act the band arguably didn’t handle so deftly again.

The Mars Volta are back from hiatus with a brand-new single, Blacklight Shine…

The Mars Volta's La Realidad De Los Sueños boxset contains newly remastered versions of all of the band's EPs and albums to date.

Kanye West To The Mars Volta: “We Need To Finish The Album”

Have The Mars Volta been working on music with Kanye West?