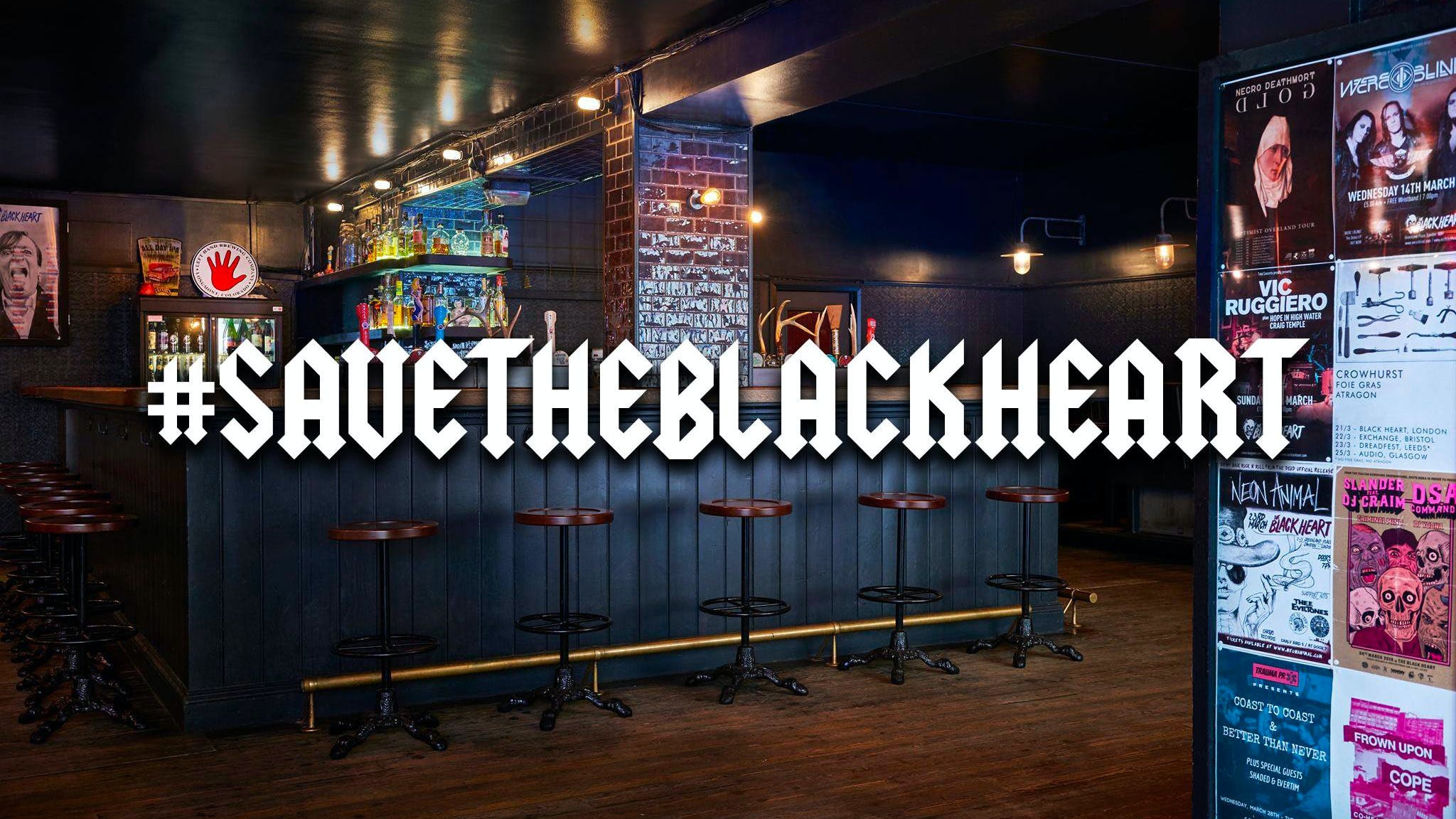 If you need the measure of just how loved The Black Heart is, try this: yesterday afternoon, they put out an appeal to help keep themselves afloat. “We need to raise at least £100,000 by the end of March 2021 or it could be over,” they revealed, announcing a crowdfunder and a raffle. In less than 24 hours, they’ve hit almost a quarter of that target already.

“We’re more than a bar,” they declare in the appeal. Here you have, in five words, why The Black Heart is so cool, and why it’s so important that it’s saved from closure. It is a genuinely stylish, cool pub; it is a killer venue; it is an important hub for music in the capital. Places like this are rare and hard to create. When they happen, they happen because a hundred little things are just right, and they thrive because of it. When they go, they leave a massive hole that doesn’t fill easily. You can’t fake what The Black Heart’s got – you have it or you don’t.

Part of what makes The Black Heart so special is that it feels like it’s there for you and your mates. There’s an energy in there for music and the people involved in it – bands, fans, the hundreds of other types of people who make some contribution to making a music scene come to life – that you can feel as soon as you walk in.

As a venue, it’s always been a place where new bands have been given a shot, just as it’s welcomed Every Time I Die and The Bronx for chaotic underplay gigs. Punk bands, hardcore bands, doom bands, black metal bands, thrash bands, weird experimental stuff, acoustic soloists and noise artists have all been made to feel at home on The Black Heart’s stage. There isn’t a rock band in London who haven’t played there at least once. Having trod their boards several times myself, I can honestly say it’s as much of an honour and a pleasure as the load-in up the stairs is an endearing pain in the arse. But even this feat is worth it – no small venue in London has better sound, friendlier crew, or a more right-feeling atmosphere.

To see The Black Heart really performing at full pelt and understand why it serves a genuine function that goes beyond serving drinks, one only has to look at Camden’s Desertfest each May. As well as hosting a stage for the weekend (alongside other Camden venues like The Underworld, Electric Ballroom and The Roundhouse), it genuinely feels like the centre of the whole thing. The street outside houses the festival wristband exchange, it naturally becomes the main meeting point, and once the bands are done, it’s where the party continues until long past bedtime. If Camden has a musical heart, here’s a perfect illustration of why The Black Heart is it.

Over the summer, they put on socially-distanced gigs, opened for drinks, and tried to give people back a bit of what they were missing. But inevitably, like so many venues and pubs, The Black Heart is in trouble because it can’t open as it should, and what’s happening to them is happening to beloved places across the country: caught between the inability to successfully trade as they normally would, and a government who don’t give a shit, bills are piling up and they can't pay them. They proudly boast that they have retrained their staff “because we are a family”, which is both admirable and a self-evident description of what they're all about that's recognisable to anyone who’s been there, but they’ve also had no government support, and being cool, sadly, doesn't pay the rent. If it did, the place would be set for the century.

London would be a worse place without The Black Heart. In a city that so often feels too big and disparate for cohesive things to occur, it is the rarest of things: a natural, genuinely warm home for everyone. And it, and places like it, need saving. Because, as boring as it is now, having to stay at home with no gigs, it’s going to be even more bleak when we’re allowed back out and we find there’s nowhere left to go.

You can donate to The Black Heart's crowdfunder here.