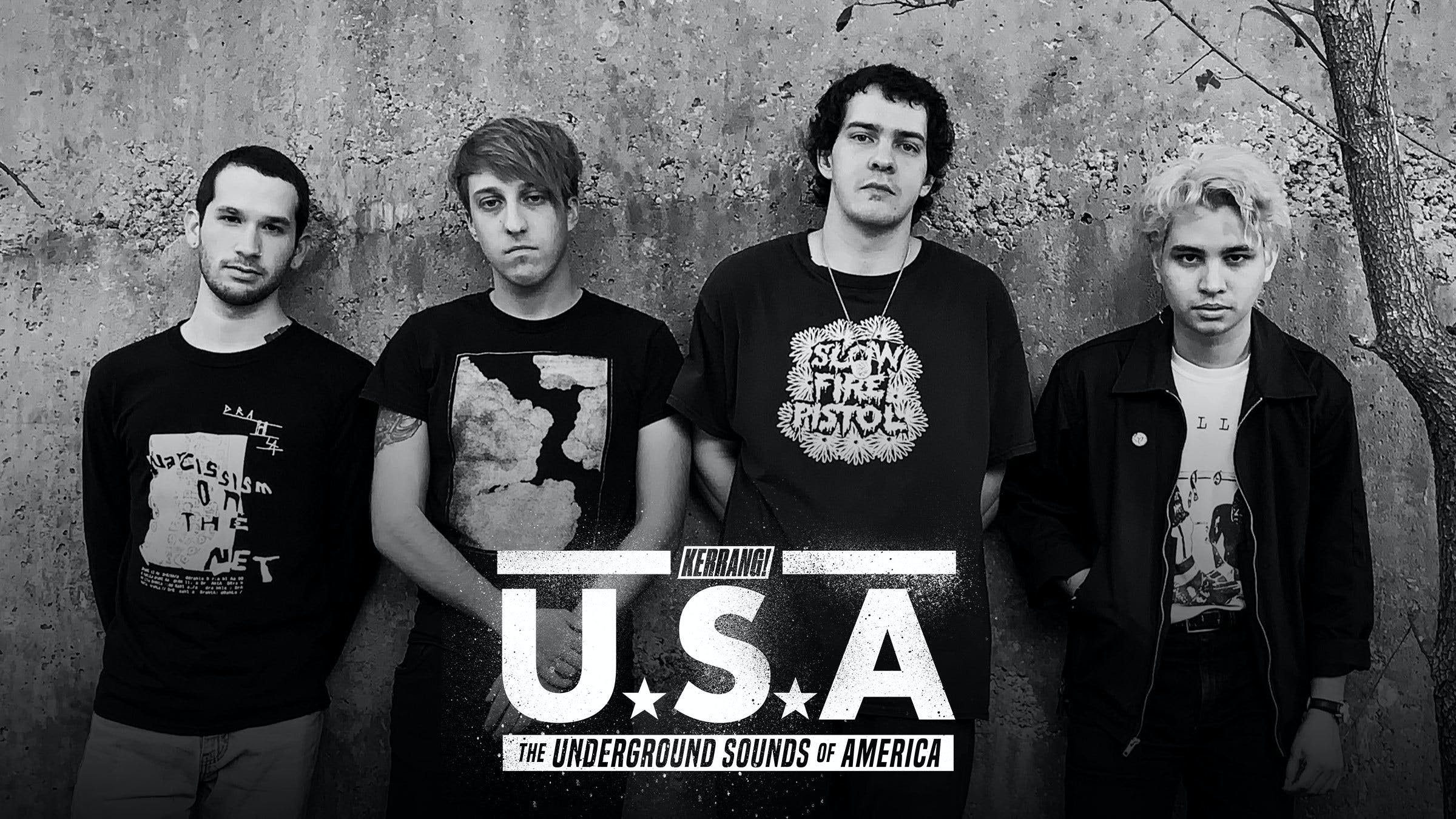 Portrayal Of Guilt are doing a lot of things, but fucking around isn’t one of them. The Austin, Texas-based metallic hardcore quartet provide a genuinely menacing sense of anguish and terror in their music, full of all the most inhospitable aspects of hardcore, punk, death metal, industrial, and every dark sonic corner in between. There is nothing angsty or preposterous or postured about their anger -- it sounds real as hell, coughed up from the depths of an extremely broken heart living in a truly shitty world.

Given how believable the band's fury is, one has to wonder if there's something in the water. But while Texas is known as a metal state, the city of Austin itself is considered a crunchy haven for creatives and young professionals. How does that side of Portrayal Of Guilt's hometown factor into their music?

“It doesn’t,” responds vocalist and guitarist Matt King. “I’m from San Antonio. I’m about to be kicked out of my own home in Austin, to make room for the next corporate office building or some rich assholes condo. That’s what Austin is like. They don’t give a shit about people there, unless you’re made of money.”

That sort of vitriol pervades Portrayal Of Guilt’s music from beginning to end. As a result, their latest, this year’s Let Pain Be Your Guide, is a simmering cesspool of anguish, frustration, and mordant observation about the planet around them. On tracks like Daymare, A Burden, and Life Holds Nothing, the band exude a cornered panic and do-or-die rage that’s scarier than all the devils and slashers that most metal bands glorify.

“Reality is much darker than what is being shown to us on TV and the news,” says Matt, “though the U.S. is clearly already in a dark place as it is. This album is about accepting the grim reality that is right in front of us and the mental trip it takes to get there.”

Pulled into the rage spiral, we contacted the band to find out what keeps them so convincingly pissed off.

1) If you had to play one Portrayal Of Guilt song for a newcomer to introduce them to the band, who would it be and why?

Humanity Is Frail, because not only was it the first song we wrote, but I feel it includes every aspect of what we were trying to accomplish when we started the band. I’d like people to hear to our albums in the order they were released, to experience the organic growth and evolution of the band as a whole.

2) Who are your five greatest musical influences?

That’s a difficult one, because I can’t even say there is any influence taken from anyone specifically. Tastes sometimes change. I’ve always been fascinated by Trent Reznor’s work in many aspects. Visually, musically, mentally. I’m also very interested in scoring films and I really appreciate both his and Atticus Ross’ take on that. Aside from that, it’s the music I’m drawn to over the people creating it, personally.

Who would be on Portrayal Of Guilt’s dream tour?

Being unrealistic (but still kind of realistic because I don’t want this door to shut just yet), Korn. I know people will read this and likely give me shit about it, but I don’t give a fuck. We’d tour with them any time, any place. Korn and NIN.

What hobby outside of music are you most inspired by?

Skateboarding, I suppose. That was my life before playing in bands and it’s more of a therapeutic thing for me at this point. The ultimate way to clear your head.

Your music contains influences from tons of different genres. What’s something you try to actively NOT include in your music? What will you never do?

Whatever the trend may be, anytime...We want nothing to do with that.

Portrayal Of Guilt's new album, Let Your Pain Be Your Guide, is out now on Holy Roar Records and Gilead Media. Order it here.

Underground Sounds of AmericaPortrayal Of Guilt

Harms Way and Jesus Piece are heading out on a tour with Portrayal of Guilt and Fuming Mouth in August.