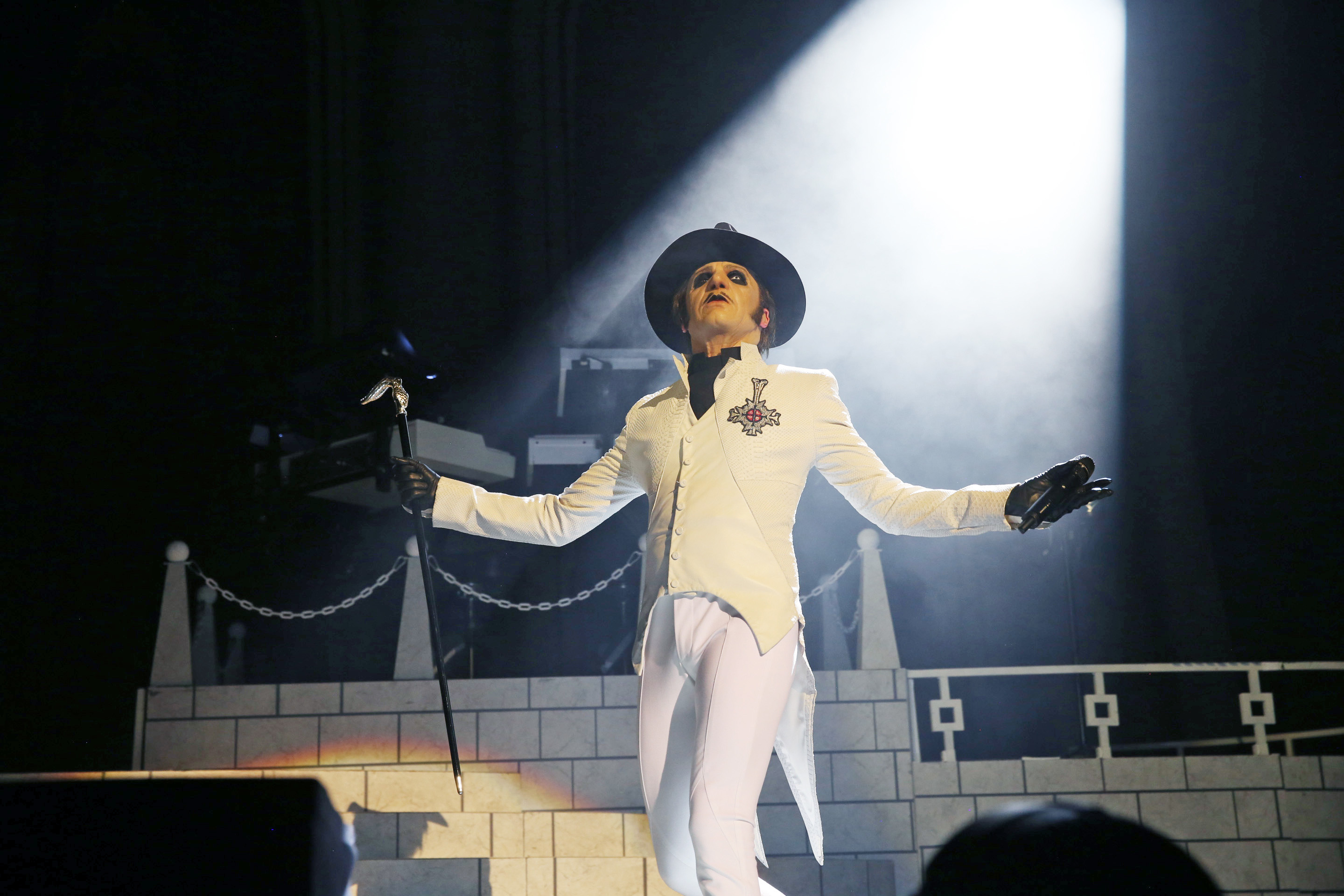 Yes, being low-fi is a quality we can all agree is cool, but you know what else is cool? Mad, explosive and gratuitous displays of artistry. Rock is art. And some art needs to be powerful, over-the-top, vibrant and unchained. Otherwise what are we left with? A lifeless, anaemic landscape full of dreary, navel-gazing wallflowers with all the personality of a bucket of Huel. No thank you.

Theatre is something that has come to define rock’s character and made it the most infamously colourful, excessive and insane genre of them all. It’s a trope that was expertly parodied by Spinal Tap with the underwhelming reveal of their undersized Stonehenge – but when bands manage to get theatre right, it's nowhere more obvious than in their live shows.

The aforementioned bands – Rammstein, Ghost and Slipknot – are all masters at bringing the drama of their music to life in the live arena. It can be hard to rival the power, impact and ferocity of people getting their teeth knocked out at a packed dive bar show (hello, The K! Pit), but when you’re playing in cavernous auditoriums – or even the sacred expanses of Donington – it requires theatre.

Ghost transforming their stage into a cathedral complete with stained glass windows is theatre, as is the entire concept of Papa Emeritus, Cardinal Copia and the Nameless Ghouls that frontman Tobias Forge created. More than just a flair for the dramatic, these are tools that amplify the spirit of the band, intensifying the performance and adding layers of depth and meaning to the act. Sure, they could just as easily jump up onstage in in their gym gear and the music would still hold it’s own, but why fly no-frills when you can go First Class?

Look, just because we’re living through the most tedious recession of all time, doesn’t mean we want drab, boring and budget live shows. In fact, quite the opposite. If we’re paying for a ticket to see a world-class live band, you better believe we’re more than willing to watch that fee get blasted out of the end of a flamethrower.

No one knows this better than Rammstein. Their audacious live shows have, in the past, included frontman Till Lindemann boiling keyboardist Christian "Flake" Lorenz alive in a cooking pot with a flamethrower, while dressed as a chef. It’s rock theatre at its most bonkers. No 18-inch Stonehenges to be found here, just blistering campaigns of open-mouth astonishment, delivered night after night in the name of art. Look, if we have to explain the appeal of watching a show like this over a band noodling away under a spotlight, then there may be something fundamentally wrong with you.

Elsewhere, Slipknot’s periodic rebirth and the changing of the masks has become a ritual which, as all good art does, often divides critics and fans alike. This time it was done via their video for Unsainted. It was a reveal which, for anyone dying to know what the new masks looked like, had viewers on the edge of their seat as it teased them with obscured snippets before delivering the money shots. The video even introduces a new, unknown member of the band and culminates with frontman Corey Taylor burning an effigy of himself. Whether you’re into the new masks or not, you can’t argue that drama like this is what makes the genre so damn exciting.

Ultimately, rock has always been a place of excess. And while drink and drugs may be less and present these days, the costumes, masks, onstage madness and the indulgent music videos mercifully remain. They’re part of the fabric of rock’n’roll and, in a world increasingly pitched as a place of budget cuts and belt-tightening, it’s great to see some of rock’s biggest bands not only flying the theatrical flag but pushing the boundaries of the art form. Encore!