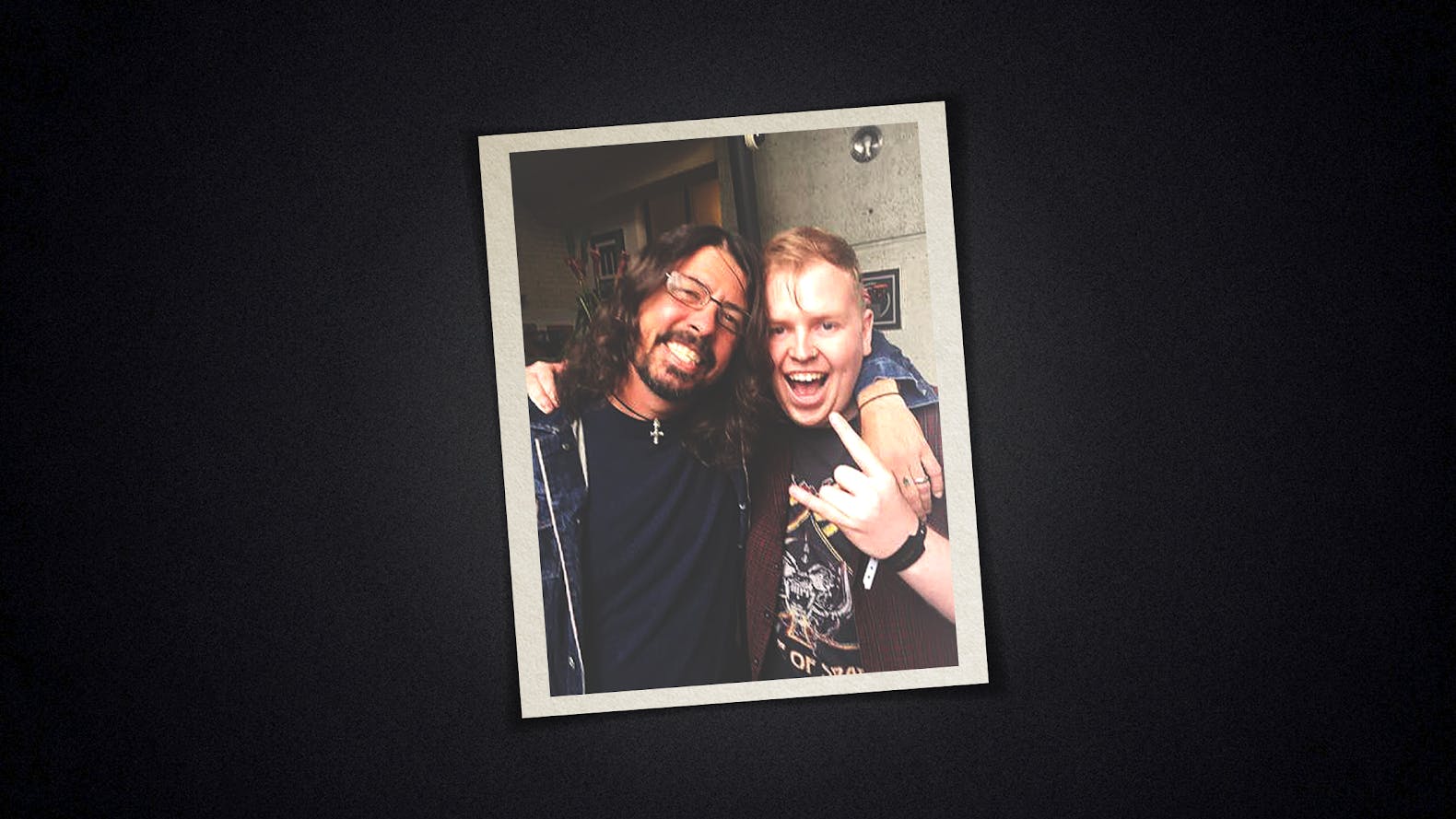 This evening, Foo Fighters are set to storm The BRIT Awards for the first time in their career. It’s taken long enough, eh? They’re up for the International Group gong and they’ll be playing. So, don’t listen to anyone who says otherwise, there’s no denying that Foo Fighters are still a force to be reckoned with. Then again, I am biased.

As a nipper, my first musical memory was my Dad indoctrinating me with the songs of Kiss from an early age. My mum listened to garage, old school disco, and Donny Osmond. I even thought I was a garage MC when I was 8 years old.

When high school came around, it was probably the toughest five years of my life. I was a rotund-looking young boy with no neck, at one of the roughest schools in the Borough. To avoid inevitable bullying, I tried to fit in with the hard nuts, so I listened to the likes of Kanye West, Akon and 50 Cent. It was 2005 okay?

Later that year, I was in a car with my mate and his Dad let him put a CD on in the car. All My Life by Foo Fighters came blasting through the speakers, with that familiar crunching opening. To say it changed my life would be a massive understatement; it opened up my ears to music that I instantly felt a connection with. As soon as I got home, I burst through the door, kicked my mum off the computer, and searched for Foo Fighters like it was like an itch that needed to be scratched, over and over and over again. All hail, the then fresh YouTube.

The next day, I got up early and briskly walked the five minutes it took to get to HMV and spent my hard earned pocket money on the band’s self-titled album, The Colour And The Shape, One By One and the newly released In Your Honor, which came to a perfectly round 20 pounds. Thanks, two for £10 deal.

Foo Fighters quickly became a way of life, and completely changed my mindset on… well, everything. It was music that filled me with pure joy and excitement. I promptly transferred as much of their music onto my iPod Shuffle – all 516MBs of it, essentially making it a Foo Fighters digistick – and then came a full-on Dave Grohl obsession…

I remember being on holiday when The Pretender had just dropped. It became the hit of the summer, and my own personal soundtrack. Dave Grohl looked more badass than ever before, with his long black locks, black jeans, band tee and slip on Vans. He looked so cool, I wanted to look like that too. So, he essentially became my style icon. From that moment on my fashion sense was decided. I put on my coats of arm every day with pride, knowing this man had influenced everything about me..

Eventually I would see the live spectacle that is the band’s incredible shows, at none other than Wembley Stadium. Normally a home for disappointment if you’re an England fan, instead, I was enthralled. They opened with The Pretender, it was a complete frenzy, fans surged forward and bodies swayed. Not only was I watching my favourite band, but it was their biggest ever headline show in the UK. During the closing moments of Everlong I sang with my best mates, until our throats could take no more, as fireworks shot into the night sky.

It was that day I became besotted with rock music and its culture. The influence of Dave Grohl especially, and his ‘good guy’ attitude is something I’ve tried to apply to the way I treat people. He taught me the importance of being an all round decent dude.

Then came the day – a day that only my job at Kerrang! could facilitate, probably the greatest of my life so far ­– I met Dave Grohl. It was at a media playback of the Foo Fighters’ latest album, Concrete & Gold. I couldn’t believe it: Dave Grohl was standing right in front me. Before and after the playback, I plucked up the courage to approach him. I was a blubbering wreck, yet all my nerves died down as soon as I introduced myself. I told him how much he meant to me, and we talked about music.

Once the playback was over, as I was leaving, he actually asked me what I thought of the new album. I said it was huge and he hugged me, and told me he appreciated that.

A tears-inducing, life-affirming hug from your hero? I’ll be forever grateful to Dave Grohl, and while we probably won’t meet again, those 10 minutes were enough. I’ll forever be indebted to my job for allowing such a magical moment to occur.