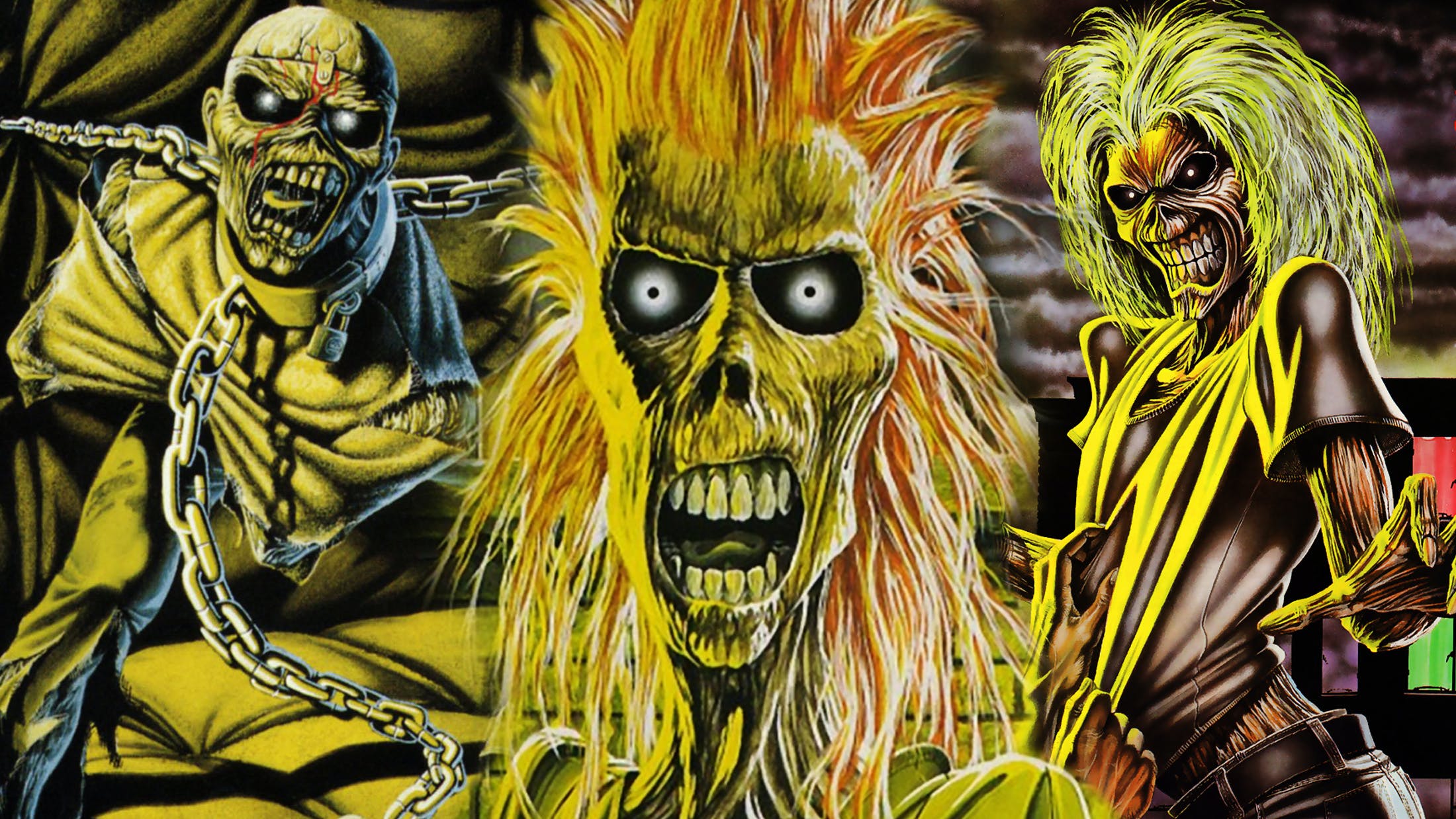 Just in case you needed reminding, Iron Maiden are one of the most important and iconic heavy metal bands of all time. Here's Paul Travers, one of Kerrang!'s longest serving freelance contributors, to explain why their legacy goes from strength to strength.


You can count the number of genuine contestants for the mantle of ‘Greatest Metal Band of All Time’ on one of The Simpsons’ hands. The question of ‘best’ is another, more purely subjective one, with a potentially very long shortlist. But if you add factors like sales, influence, originality and longevity into the mix you end up with Black Sabbath, Judas Priest, Metallica and, of course, Iron Maiden.

This isn’t a claim for Iron Maiden being the greatest metal band, or even the best. That would be like choosing a favourite child and I rarely do that - whenever they need my favour I just drop them all in a pit and the last one standing gets my attention. If you don’t acknowledge that Iron Maiden are one of the greatest bands in the world of any genre, however (like, say, Danny Boyle, who omitted not only Maiden but the UK’s entire metal heritage from that London 2012 Olympics malarkey) then we probably can’t be friends.

Personally, I can’t claim to have been there right from the start. In Maiden lyrical terms, let’s say I’m the old man on the hill from Flight Of Icarus rather than the truly Ancient Mariner. In 1985 however, a mini-me who was still going through that awkward mullety stage of growing your hair out was quietly obsessing over the immense double live album Live After Death. The mix of intricacy, energy and sheer epic scale had me hooked. From the Churchill speech intro to singer Bruce Dickinson’s own iconic utterances (“Scream for me Long Beach!”), it was the closest thing to being at those now legendary shows.

I got my chance the very next year, when Somewhere On Tour touched down at the Manchester Apollo. It wasn’t a life-changing experience in that I was already a confirmed metalhead by that point, but it was a mind-blowing one. Mascot Eddie had been reimagined as a futuristic killer cyborg and the stage set was like a bouncy castle version of Blade Runner. It turned out the giant inflatable Eddie hands and head had a tendency to deflate however.

Maiden Revelations quoted bassist and Maiden founder Steve Harris, recalling: “Me and Bruce stood in the palms of the inflatable hands. On one night a lamp was too close and burnt a hole in it. Consequently it was like [makes deflating noise]… I felt a right plonker being up there like that.”

That might have been a particularly deflating moment, but throughout the years Maiden shows have always mixed the spectacular with the slightly ridiculous. Outsiders sometimes point out the more preposterous elements as though they’re genuine revelations, but here’s the thing: from the Spandex strides to the wobbly Eddies, from Janick Gers’ jigs to Bruce climbing like a monkey on Death Or Glory, Iron Maiden are very much in on it all. The majority of their fans are not only aware of this, they actively embrace it.

And as for the spectacular side of that equation – name another band who could start a show with a Spitfire flyover (as they did when headlining Download in 2013), or stage a WWI dogfight in the sky with their singer piloting one of the planes (Sonisphere, the year after).

Musically they’ve always been amazing. The first two albums had that rawer punk-tinged rasp courtesy of former frontman Paul Di’Anno, but even back then there was an expansiveness to the songwriting that their New Wave Of British Heavy Metal peers simply couldn’t match. Throughout the years the basic building blocks have remained in place. Those galloping basslines, blazing guitarmonies and Bruce’s stratospheric vocals came together to create an instantly recognisable sound, but they’ve twisted that DNA into increasingly ambitious forms.

There’s also been a consistency that’s barely wavered across the course of four decades. Okay, even Blaze Bayley’s mum might not argue that Virtual XI was the band’s finest hour, and their popularity did wane a little from the mid-'90s. They never felt the need to do the nu metal album or go industrial though (hello almost every other contemporary metal band of the time) and lack of success is relative.

I was lucky enough to join Maiden on a U.S. tour at the turn of the century, and while their circumstances were reduced, they were still playing to 10,000-capacity halls rather than 20,000-capacity arenas. At a show in Seattle – home of the grunge scene that was supposed to have killed off the classic metal bands – I voxpopped The Kids(™) and asked how Maiden compared to the newer crop of nu metal bands who’d risen to take their throne. Almost universally they looked at me like I’d asked if I could borrow a copy of the Constitution to wipe my spotty English arse on.

Despite their undoubted legacy, Iron Maiden have never become a legacy act. They’ve continued to craft quality albums and on the mammoth Book Of Souls World Tour they sold out enormodomes in 36 countries on the strength of a set that was heavily weighted towards their new album. To be fair, my teenage son did bemoan the fact that they didn’t play “a few more songs from before I was born” but hey, they like to mix it up and he’ll get the chance on this year’s Legacy Of The Beast shindig.

Through all those (non-)wasted years, Iron Maiden have remained a band that have somehow managed to retain both vitality and relevance. If, that is, ‘relevance’ means headlining festivals, playing sold out shows to millions and topping album charts worldwide, rather than appearing on the what’s hot lists of hipsters who go to shows ironically.

Fashion is ephemeral but Iron Maiden are forever. And their legacy is that of one of the greatest bands of all time.

Don't forget to pick up a copy of the next issue of Kerrang! with our world exclusive interview with Bruce Dickinson. Alternatively, you can order it online right now here. It comes with a classic Maiden art print and the cover is pretty cool, huh?