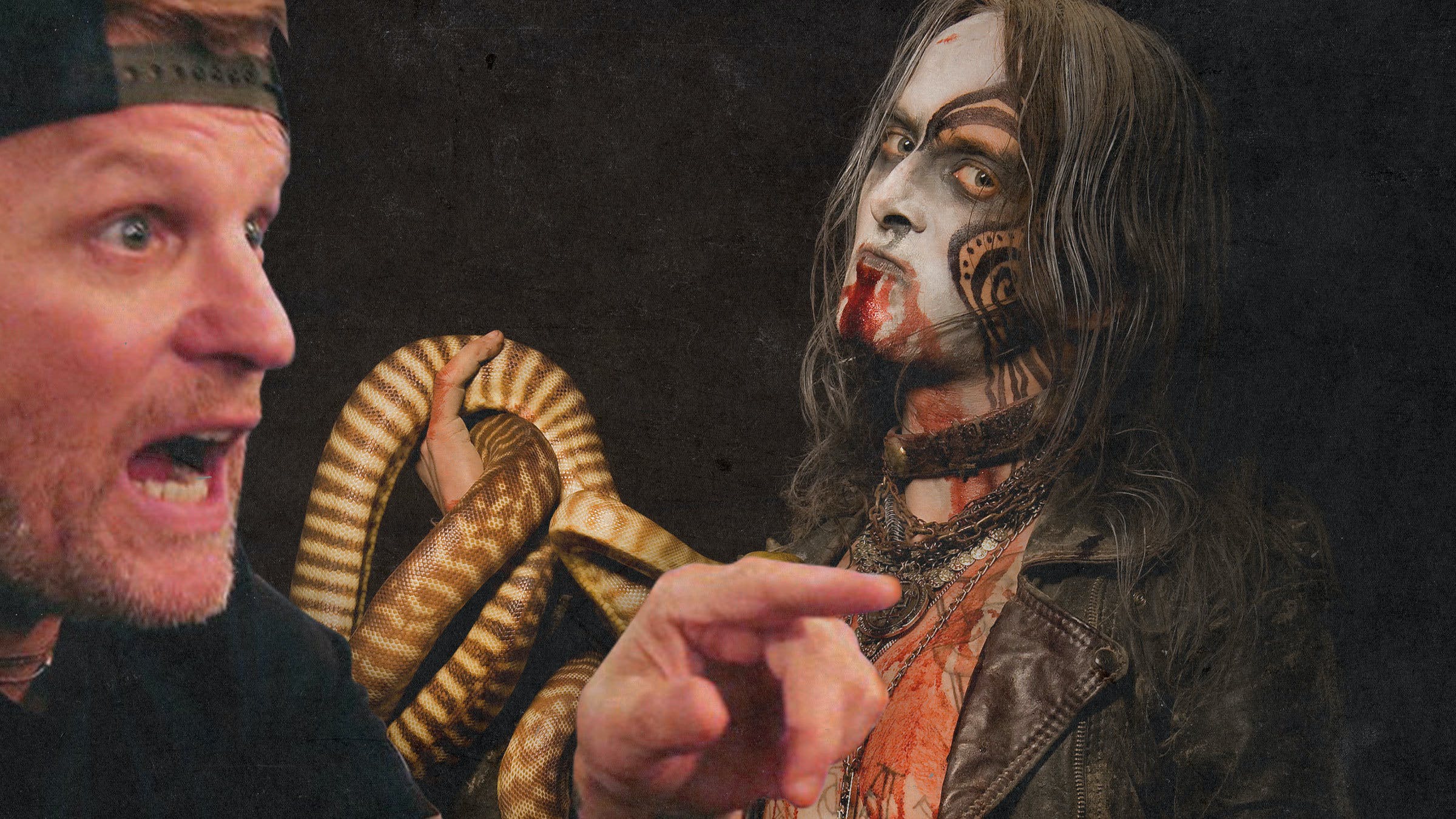 During our round-table discussion on veganism in rock and metal with members of Cro-Mags, The Misfits, Arch Enemy, and Deftones, there were a lot of stories traded about what it’s like to live a cruelty-free lifestyle in the music industry. Most of these were pretty benign anecdotes -- even the more frustrating ones, such as Arch Enemy’s Alissa White-Gluz having to make pasta on the road by shaking hot water in a thermos, or Deftones and Quicksand bassist Sergio Vega discussing how crappy vegan options are at festivals.

One particularly hilarious story came from John Joseph McGowan, frontman of NYHC crew Cro-Mags JM. While discussing the aesthetic use of blood onstage, John Joseph recalled a time he ran into one of Watain’s members at a music festival. As per usual, the Watain member was drenched in congealing animal blood...and John wasn’t having it.

“One of them tried to sit next to me when we were doing Soundwave Revolution,” said John. “The whole tour traveled to a different city in Australia. There was one seat on the shuttle bus, and one of the dudes -- stinking like motherfucking shit, and he went to sit next to me! I was like, ‘Yo, you ain’t sitting next to me.’ There’s only one seat, and everybody’s waiting to see what’s going to happen. He goes to sit down, and I said, ‘Nah, homie, that ain’t happening!

“First of all, you’re covered in animal blood motherfucker,” John continues. “And you fucking smell. It ain’t even about being vegan -- you fucking SMELL. I don’t flex my shit on people when it comes to shit like that. Someone offered their seat, and I was like ‘Smell ya later!’”

To be fair, the collected artists mentioned that it wasn't the look of the band -- "I love the aesthetic of being covered as blood," said Alissa, "but not real blood" -- but the fact that they were covered with actual carnage that bothered them. So, if you're drenched in animals' blood, and one of the world's most famous vegans is on a bus with you...don't sit next to them.