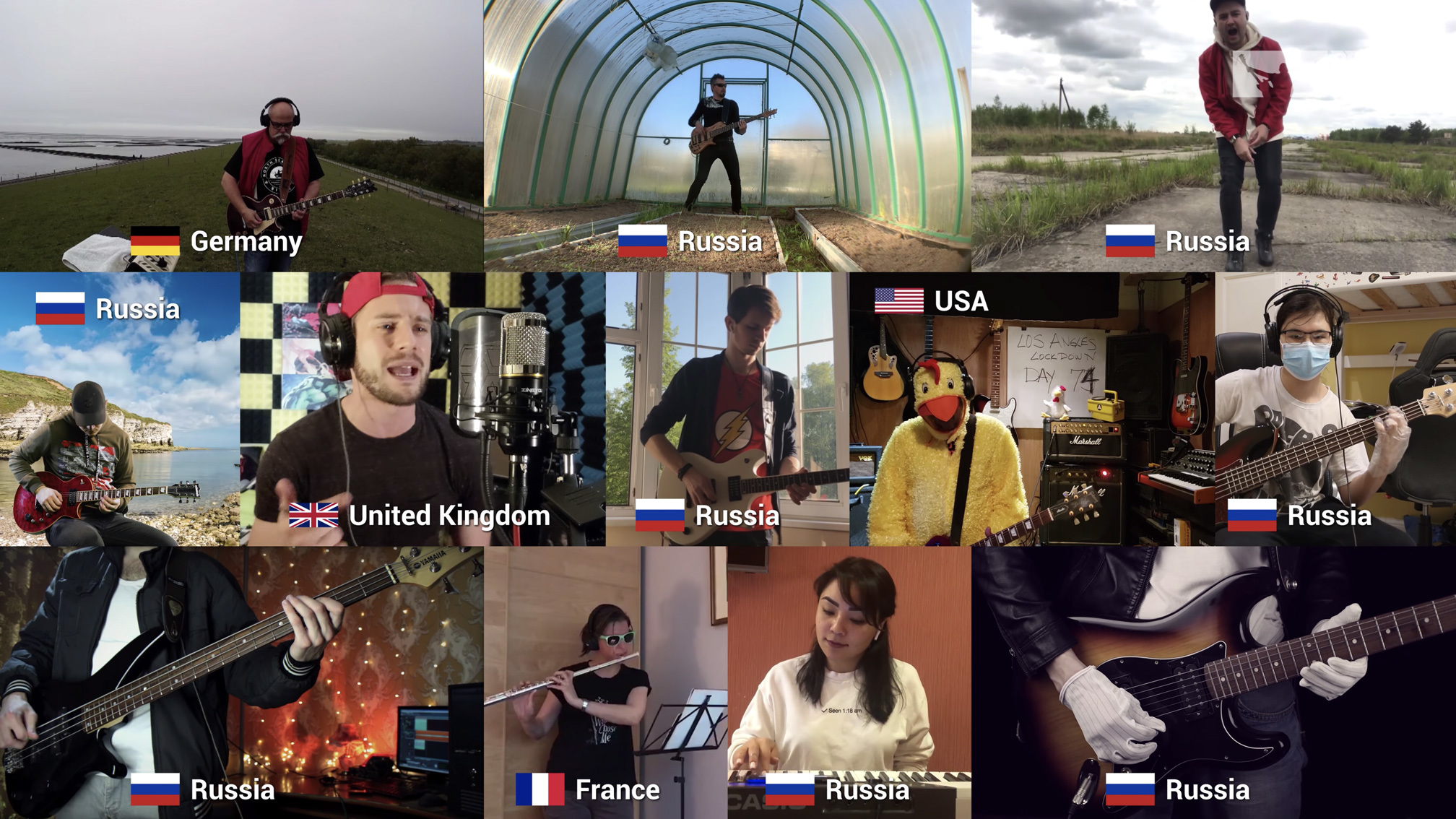 A talented group of 266 musicians across the globe have come together (remotely) to perform an absolutely epic 'Quarantine Mob' rendition of Linkin Park's smash single In The End.

With the track's video hitting headlines last week as it surpassed an impressive one billion views on YouTube, now we've got another reason to give the song a spin thanks to RocknMob on YouTube.

“2020 brought us a lot of challenges but they couldn't stop us from rocknmobing!” they write in the clip's description.

"This time 266 musicians, 35 countries and almost every continent (except Antarctica – that's a shame!) united to perform one of Linkin Park's signature songs, In the End. All the musicians recorded more than 300 videos during quarantine in their countries to help us organise the first ever international rocknmob!"

What's immediately noticeable is just how many Russian fans have gotten involved with the project (“Russia really loves Linkin Park,” reads the first comment underneath the YouTube video), though there are also participants from the UK, America, France, Argentina, the Philippines, Germany, Ukraine, India, Vietnam and more.

Famously, late Linkin Park frontman Chester Bennington wasn't the biggest fan of In The End at first – and didn't even want it to appear on the band's debut album Hybrid Theory.

“How wrong could I have possibly been?” he later told VMusic. “I basically decided at that point I don’t know what the fuck I’m talking about, so I leave that to other people who are actually talented at somehow picking songs that people are going to like the most. It also gave me a good lesson, as an artist, that I don’t necessarily have to only make music, in my band, that I want to listen to. More often than not, something that I like, very few other people like, and something that those people like is something that I kind of like, or don’t like at all. And that’s cool, it gives me a new appreciation for the songs.

“But, you know, now I love In The End and I think it’s such a great song. I actually see how good of a song it is, it was just hard for me to see it at the time.”