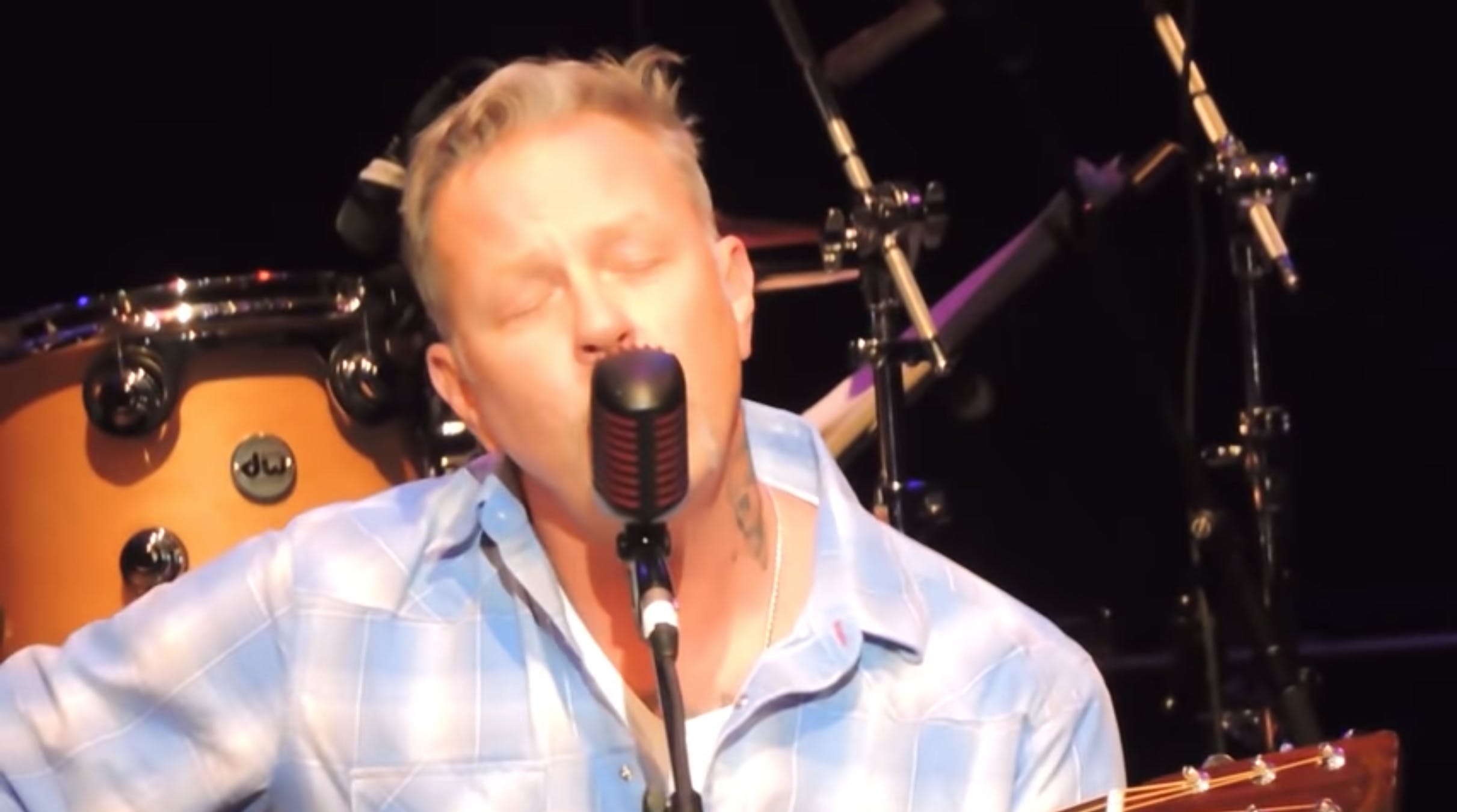 In September of last year, it was announced that Metallica intended to postpone their scheduled tour dates so that frontman James Hetfield could re-enter rehab to aid continuing battle with addiction. But this weekend, James performed live for the first time since his return to rehab, and footage of the set has been posted online.

The Metallica frontman's performance went down Thursday, February 20, at the Saban in Beverly Hills, at A Star-Studded Tribute To Eddie Money. Eddie and James were friends, having met and bonded at an Oakland Raiders game many years ago. The show featured performances by Rick Springfield and Sammy Hagar as well, with all proceeds going to the USC Eddie Money Cancer Research Fund. James' contribution was an acoustic cover of Eddie Money's classic hit Baby Hold On.

Watch footage of the performance below:

Good for James. The singer's recovery has been met by support all around, including from Lamb Of God frontman Randy Blythe who says that Papa Het literally saved his life.

“He knew I had been trying to quit drinking, it wasn’t working for me anymore, & it all came to an end in Australia," said Randy via social media. "A HUGE FACTOR in my willingness & ability to get sober while on fucking heavy metal tour was the fact that I had James & some of his crew who were also sober to talk to – I didn’t have to do it alone.”

“He’s doing what he needs to; he’s in the process of healing himself," said Lars Ulrich in a recent interview. "I feel bad for everybody down in Australia and New Zealand, but we’re excited to get back to full force and come back stronger and healthier than ever. Along the way, there’s obviously an occasional bump in the road. But it’s been an incredible ride, and we’re looking forward to getting back down there, hopefully next year.”