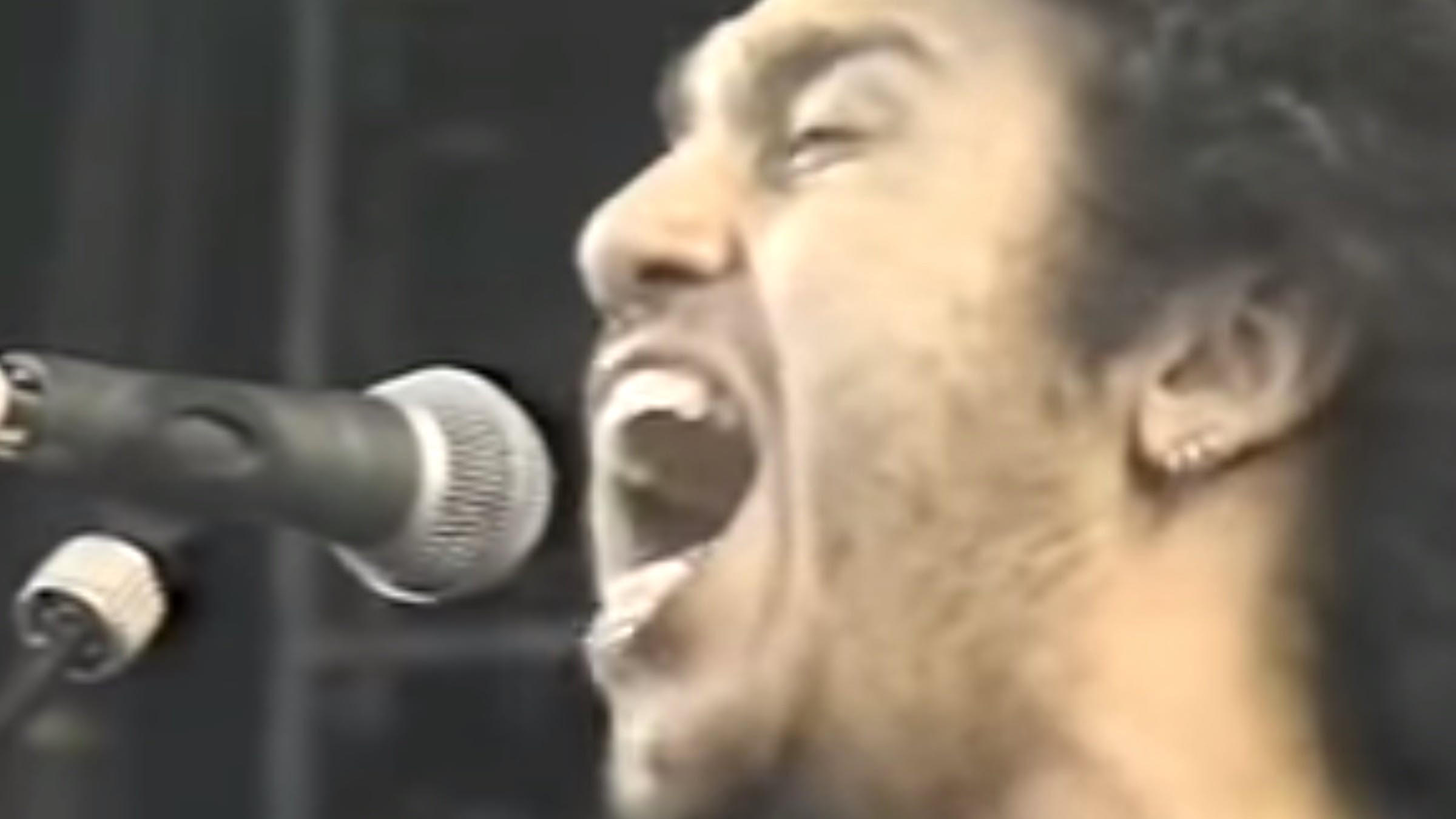 Before it was known at Download, Donington Castle's big yearly celebration of all things heavy was dubbed Monsters Of Rock, and provided a massive showcase for rock and metal's finest from around the world. But while the festival started in 1980, and featured bands like Metallica and Anthrax as early as '85 (and '87, in the latter's case), it wasn't until the early '90s that the festival caught up with the thrash underground that was exploding to the surface throughout the international metal scene. It was in 1992 that Monsters Of Rock finally unleashed pure hell upon the UK, as you can see in the footage below of this week's K! cover stars and tonight's Download performers Slayer playing their Donington debut in 1992.

As you'll notice in the footage here, Slayer in '92 definitely looked different than the band fans are watching tonight at Download. Obviously, everyone's younger, Kerry King still has hair, and founding guitarist Jeff Hanneman is alive. But what might jump out even more at viewers is, you guessed it, the shorts. Look at how tiny everyone's shorts are! Tom and Jeff's are especially insane. Meanwhile, Kerry King's shirt -- a Slayer shirt, of all things -- is cut up in a way that makes him look like an Instagram alt model. They're the most evil band of all time, so we'll cut them some slack, but damn, how hot could it have POSSIBLY been for these guys to play dressed like this?

Watch Slayer die by the shorts below:

Sadly, tonight marks Slayer's last ever performance on the UK's shores, so if you're at Download, make sure you scream, "SLAYER!" at the top of your lungs one final time.

American fans will probably get another chance to see the band, and might even catch them with an unusual line-up. According to a recent interview with Les Claypool, Primus might be opening for the band on their very last jaunt through the U.S. this October.