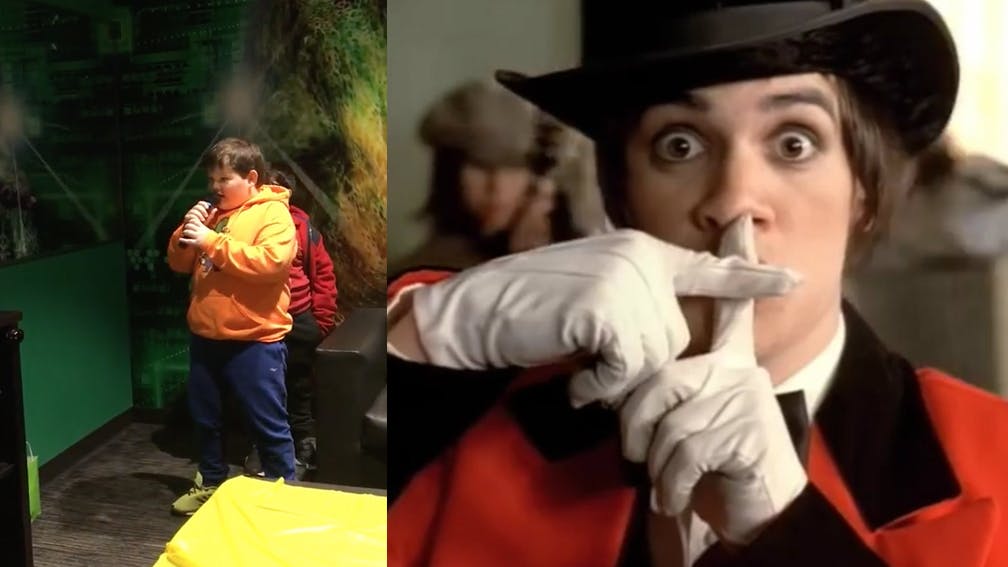 It's safe to say that Panic! At The Disco's smash single I Write Sins Not Tragedies has been played a hell of a lot since its release over a decade ago – be it at sweaty rock clubs or on alternative radio stations. Chances are, though, you've never heard a version quite as great as this.

The iconic single has been given a super-cute makeover via Panic! fan @hufflepuffurie's brother and his friends, who attempted their best Brendon Urie impressions at karaoke. After gaining a whole load of attention on Twitter, their family have even uploaded the clip onto YouTube with the caption: "The new generation of emo." Yep, we'd have agree with you there, guys.

Panic! At The Disco even spotted the performance themselves, tweeting: "A national treasure, we don’t deserve him."

Catch Panic! At The Disco live a whole bunch this year – head on over to Panicatthedisco.com/tour for the full list of dates.

And don't forget to give this a play now, just because.