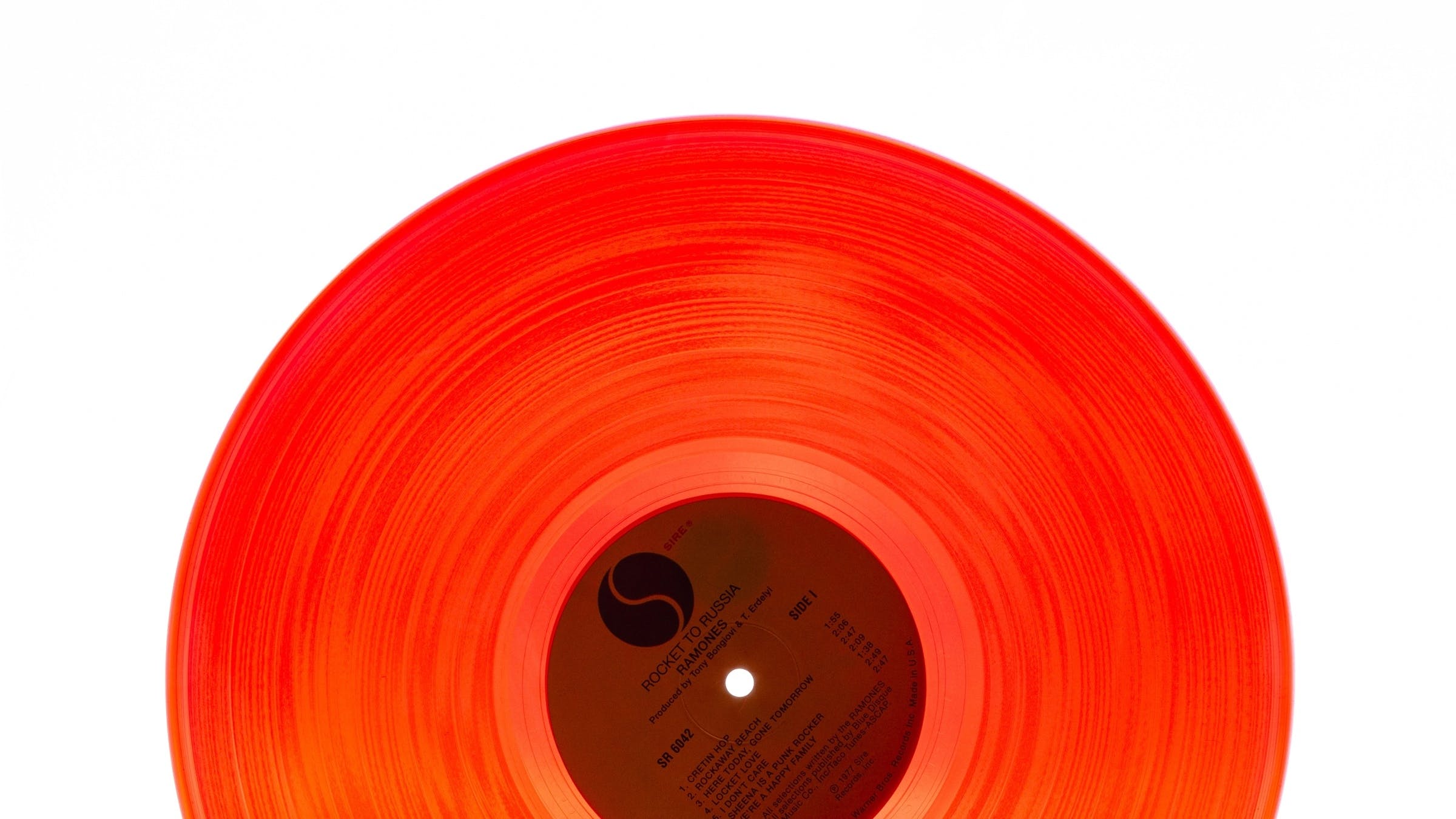 In 2020, the ways in which an artist can put their music directly into the hands of their listeners are staggering. And as more and more musicians begin taking matters into their own hands – either eschewing the traditional promotional process by surprise-dropping albums or just connecting with fans directly online – one begins to wonder: does a band even need a record label to blow up? Are labels no longer the 'necessary evil' they once were?

Perhaps the ‘evil’ concept is part of the problem. During the height of its commercial viability, the music industry became known for its heartless practices and attitudes that favored shallow, easily digested material over genuine artists. But this presents the idea that record labels are supposed to be inherently positive forces in culture – something that ignores the fundamental truths of running a business.

"A business’s legal obligation is to maximize shareholder value – so in other words, it’s not a charity, and it shouldn’t be,” says Finn McKenty, founder of The Punk Rock MBA. As a marketing director and designer who's worked with bands including Converge and A Day To Remember, Finn has learned through practice the fundamental realities of what allows bands to make it big or go broke. In his mind, the concept of the evil, soulless music industry is a safe cliche more than anything else. “Let’s say I’m an investor in the big, bad record company, and the people there are taking on all these passion projects that aren’t profitable. I’m going to be pretty pissed! I’m going to say, ‘Dude, I get that you like all these bands, but that’s my money you’re playing with!' I would actually argue that they have a legal and ethical obligation to their shareholders to maximize profits, not invest in bands that fulfill whatever artistic criteria that people deem to be ‘good music.’”

READ THIS: The Wraith: What it's like being an LA punk band in 2019

“For example, dropping a really good band – sometimes it’s just gotta be done,” he continues. “You can’t burn money on a band that isn’t financially viable, no matter how much everyone likes them or how nice they may be. It’s the same as closing a business unit. I don’t think of labels are unethical so much as artists often have a different view of how the world should be that doesn’t always correspond to reality.”

Finn speaks to an important factor in the DIY ethos: the public perception of the label system. In the eyes of most musicians and many fans, record labels have the twin roles of predatory capitalists and hapless thralls. For young talent, labels often feel as though they exist to take ownership of your music in exchange for enough money to book a studio, pay a month’s rent, and create a run of shirts. For those bands who reach significant success, the label suddenly becomes the slightly embarrassed parent, cleaning up messes and reining in tantrums with the musician’s financial reward in mind.

This all changed with streaming services and crowdfunding sites. YouTube, Bandcamp, Soundcloud, and Spotify all made it so that anyone with home recording equipment could get their art out to the world, and could even sell merch or downloads in order to monetize their work. Meanwhile, when it came time to gather enough money to tour or print merch, Kickstarter and GoFundMe could allow fans to give their favorite musicians money, knowing that the majority of it wouldn’t end up funding the redecoration of an executive’s corner office. Social media allowed them to say whatever they wanted on a grand scale, regardless of what their label stood for.

This isn’t to say that labels aren’t forces for good art overall. Finn notes that what makes a specific label resonate with listeners is the community it fosters and sympathizes with, which then allows it to curate art and culture for a specific type of listener. This can be seen historically in grassroots labels with which certain musical milestones wouldn’t exist – for example, Megaforce (thrash metal), Epitaph (’90s punk), and Sumerian (djent and progressive death metal). These indies still exist today, and continue to champions certain styles of music that help specific types of fans feel less alone.

“I know there are people who will buy a 20 Buck Spin release just because of that label logo slapped on it,” says Dave Adelson, founder of metal indie 20 Buck Spin. Dave’s label is responsible for the releases behind many of underground metal’s favorite modern artists (Khemmis, Pallbearer, Tomb Mold, and Spirit Adrift, to name a few), and perceives his business as, among other things, a way to cut through the constant info dump of the digital age and give fans a product they can trust. “With so much music surfacing all the time, you have to have some sort of tastemakers, and labels serve that purpose well. Far more than magazines and blogs, though, they also matter in that regard.”

Something else Dave notes is that the reliance on digital media only goes so far. While it’s easy to go on Spotify or Bandcamp and assume that every band relies entirely on streaming, vinyl sales continue to surge, and printing merch takes a lot of time, effort, storage, and most of all money. Part of the beauty of a label is that they handle these things for bands, who might not always understand what goes into them.

READ THIS: "So what band is your boyfriend in?"

“Bands are generally not prepared for the amount of time and effort involved with that to do it right,” says Dave. “It’s not enough to just sell at shows and on a single website. The album needs to be in shops, both physical and online, get overseas, etc. There’s a lot of necessary partnerships involved and it takes time to create those relationships and have them work in your favor. There are some bands out there willing to do all that work, but most are not, even if they think they are. If physical media completely disappears or becomes irrelevant to music listeners, then I think it’s pretty easily conceivable that you can have a world without labels. My only concern there is that world might be more focused on singles than actual albums. But maybe that won’t matter to people as time goes on. It would to me."

“I think there can will always be a vibrant DIY scene, but in a digital marketplace that changes daily, it would be tough for individual artist to record, tour and market/promote themselves whilst staying current,” says Scott Givens, Global SVP of Rock for eOne. Scott's role is just one in a larger, multinational entertainment company, but he still sees eOne as an “artist-friendly label,” and his own own role as one of giving great bands a chance to reach wider audiences.

“I feel labels are as essential as they always have been if not more so in 2020," he says. "The amount of music that is released yearly is massive, and the need for a good label partner to help promote artists and help them rise above the pack is key.”

Scott touches on an important point: whether or not labels are ethical is subjective, and that they can benefit bands is clear. But their necessity is a different question. Dave from 20 Buck Spin admits freely that the downside of labels is that they take a portion of a musician’s profits away from them and can influence what a band can or can’t record on their label. But portals like Bandcamp and Soundcloud allow artists to take full control of their financial destiny. As Finn McKenty is quick to note, so long as artists are willing to put their all into their work, running a completely DIY musical project is completely feasible.

“It’s totally possible,” says Finn. “There are people who are doing it, and who have been doing it for decades, and it’s more possible now than ever. This whole idea that you have to tour and sell merch to make a living is nonsense – I think that’s dogmatic, leftover thinking from an era where that may have been true. A lot of these musicians are repeating things they were told without ever questioning whether it’s true or testing that to see if it’s true. It’s totally possible, but it requires you to change a few things about the way you look at it from a business perspective.”

Then again, part of becoming a purely independent artist and shedding that antiquated thinking is giving up on what got plenty of musicians started in the first place: the desire to be a rock star.

“I think to make Justin Bieber or Iggy Azalea or any giant megastar, you probably need a big, giant machine behind them,” he says. “But I think it could exist to the kind of people who are reading this. There are tons of people who now make their full-time living just streaming. They’re not getting rich, but they’re making a living.”

READ THIS: How Brexit could affect seeing your favorite bands