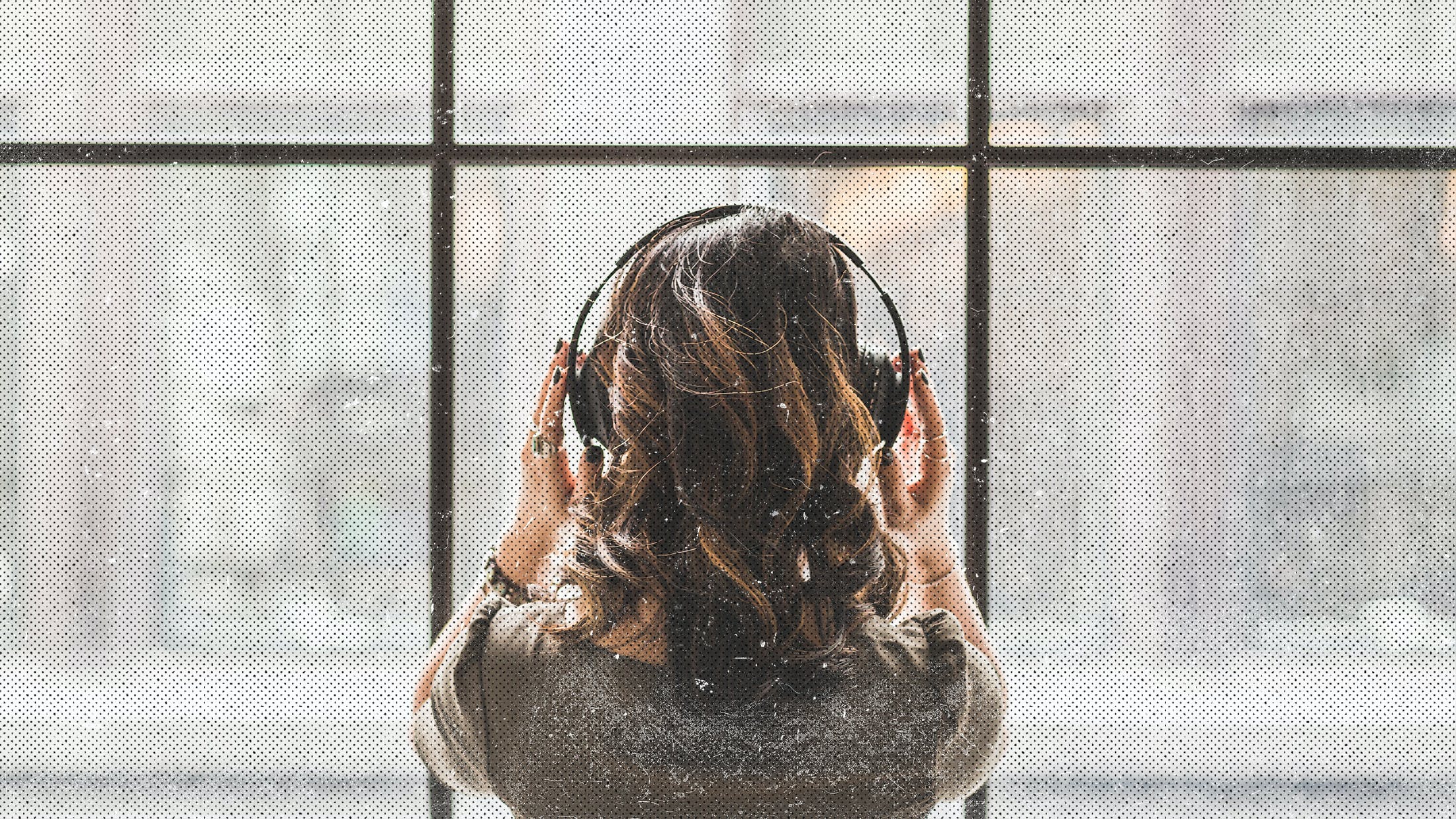 For a music fan, streaming services are a dream. For around £9.99 a month, you gain access to pretty much every song and album ever released, from the latest releases to the absolute classics.

But, for an increasing number of artists, streaming has become more of a nightmare. Because, while you pay a tenner to listen to your favourite bands, only a fraction of that money filters through to those artists. And, with live music still on hiatus thanks to the COVID-19 pandemic, it’s left many musicians on the brink.

“I’m watching so many bands around us getting part-time jobs at the moment,” says While She Sleeps guitarist Mat Welsh. “Many of them won’t go back into music as a full-time career, it’ll turn into something they do on the side. Streaming is an incredible thing. It’s like an infinite record store – pay £10 to get in and you can have whatever you want. It’s also a brilliant marketing platform for you to gain an audience… but that’s not translating into a sustainable income.”

Protests about streaming royalty rates are nothing new: artists have grumbled about them ever since Spotify launched in the UK in 2009, as the payments compared badly to those received during the physical era. Some artists have criticised Spotify in particular (the company is now valued at over $60 billion on the U.S. stock exchange, despite not yet turning a profit), while others say that outdated record deals, often signed with labels before streaming became the dominant format, are to blame.

But, either way, with bands unable to make money on the road since the first lockdown a year ago, the complaints have been galvanised via online campaigns such as #BrokenRecord and #FixStreaming – and are now even being heard in the corridors of power.

At the start of the year, the UK government’s Department for Digital, Culture, Media & Sport Committee launched an inquiry into the economics of music streaming. MPs have heard from artists, record labels and streaming services alike and are now set to make recommendations that could transform the way bands get paid.

At the moment, everyone’s monthly tenner goes into a huge pot. After the streaming service, VAT, the record label, the music publisher and the songwriters take their cuts, research from trade body BPI (British Phonographic Industry) shows around £1.33 filters through to the artists. But that has to be split, according to market share, between every artist streamed that month – from your favourite underground grind band to the biggest names in music.

This system undoubtedly works well for those with large catalogues of songs that are streamed millions, or even billions of times: the major labels and huge pop/hip-hop acts that regularly drop new singles. But some say rock and metal bands, which still rely heavily on the album format and release music less often, are naturally disadvantaged.

Indeed, rock streaming is dominated by classic tracks by bands such as AC/DC, Linkin Park and Green Day, and its overall numbers are dwarfed by other genres, with many rock fans still preferring to buy a physical album.

Still, some artists are happy with the current system – Jon Bon Jovi recently said the value of his catalogue had doubled thanks to streaming. Meanwhile, Bring Me The Horizon – whose latest EP, Post Human: Survival Horror was initially only released on digital platforms – are one of the few contemporary acts to have streaming hits and be featured on mainstream playlists such as Spotify’s Hot Hits UK, usually a no-go zone for heavier bands.

“Streaming is a massively important tool for rock acts,” stresses Horizon’s co-manager, Craig Jennings of Raw Power Management, which also looks after acts including Bullet For My Valentine and Don Broco. “I always say to our bands, ‘Look, the more monthly listeners you get on Spotify, the more people are going to look to buy a gig ticket, a piece of merch or a physical product where you get paid better for it.’ There have never been more places to hear bands’ music, but what we want is to get some sort of parity between all those people listening to the music, and getting paid properly for it.”

The importance of streaming means many bands are reluctant to rock the boat, but it’s particularly tough for acts with small but loyal fanbases. Take Palm Reader. The band had one of the most acclaimed albums of last year with Sleepless, which has racked up around 750,000 streams across the different platforms.

“That’s pretty good for a small band on an indie label,” says guitarist Andy Gillan. “But it adds up to no money at all. Streaming definitely benefits music that is instantly accessible, instantly recognisable and can be consumed in very large quantities for a short period of time and then it’s gone.”

Even bigger bands struggle with the economics. While She Sleeps have 948,315 monthly listeners on Spotify but the cash that comes through, according to Mat Welsh, only amounts to “pocket money”. WSS have been actively campaigning on the issue for years. In 2019, they sold a T-shirt with a slogan explaining it was worth the equivalent of 5,000 streams, and last year they launched their own Sleeps Society subscription membership scheme via Patreon. Mat says the 2,048 Sleeps Society members mean the band have enough money to make a living, despite the money lost to the pandemic.

“We’ve always said, if every one of our followers just gave us a pound, we’d be absolutely fine,” laughs Mat. “But that core audience can completely fund you. Only one per cent of our following on Instagram is in Sleeps Society, but that fixes our sustainability issue.”

Whether bands should have to come up with such inventive schemes rather than just changing the streaming system, however, is a matter of some debate. At the DCMS committee, some witnesses have suggested that streaming should be treated like radio – which would see labels and artists share revenues 50/50, as opposed to the current typical 80/20 split. Others say Spotify and co. should simply raise their subscription prices, which have remained at £9.99 since launch, even though the likes of Netflix and Sky regularly up their rates (even with basic inflation, Spotify should cost £13.72 by now). And others insist the current system is still the best way to ensure the overall pie keeps growing and, eventually, brings more money to the people making the music.

But perhaps the most popular potential solution, at least amongst artists, is a move to ‘user-centric’ payments. Under user-centric, your subscription money would be distributed amongst the artists you actually listen to each month. Whereas, at the moment, even if you only play black metal 24/7, Justin Bieber will still get a slice of your £9.99.

“How is that allowed?” fumes Andy Gillan. “It makes no sense. I stream music myself, but if Justin Bieber is profiting off my listening habits, that’s not cool.”

Not everyone is convinced it will improve things, but many witnesses at the inquiry – including the world’s biggest record company, Universal, and some of the streaming services – have said they would welcome trialling a user-centric scheme. Streaming service SoundCloud recently announced it would move to such a system, although only for the 100,000-odd DIY artists with which it has a direct commercial relationship, where no labels are involved. And that seems to be a crucial caveat – another, more mainstream platform, Deezer (also one of the more rock-friendly services), has been trying to bring in a user-centric trial for years, but has so far been unable to convince all of the labels to agree.

“A user-centric approach balances out the skewing effect that young, time-rich and heavy streaming users have on royalty allocation today,” says Nigel Harding, Deezer’s VP of global artist marketing. “We want the music industry to be fair for everyone. According to a recent independent study, hard rock, rock, pop-rock, metal and alternative rock are all genres that would benefit from an implementation of a user-centric payment system. Deezer has been ready to launch a pilot for some time, and we’re waiting for rights-holders to give us the green light to go ahead.”

Whether they do that voluntarily, or have their hand forced by government, remains to be seen. But after a long, hard campaign, many are optimistic that the artists’ dream of a new streaming paradise – or, at least, a fairer payday – may yet become a reality.

“You’d like to think that just having a debate will help,” says Craig Jennings. “There’s no point in doing these things and calling people to account if you’re not going to change. So I very much hope we come through this with something better for artists in the rock world.”