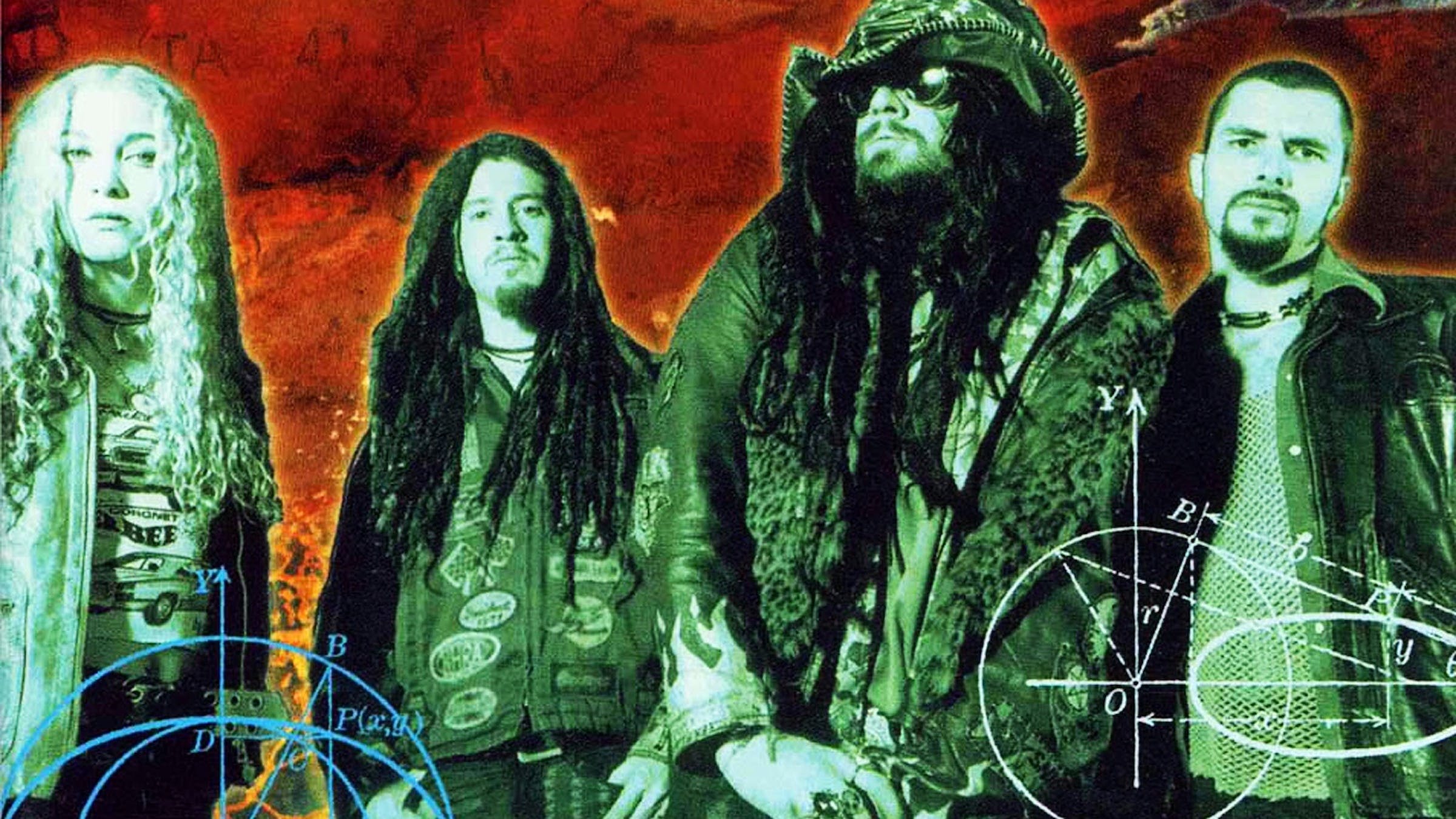 These days, music historians like to put ’90s metal into two distinct buckets: groove and nu-metal. The former was embodied by Pantera, who added southern swagger to thrash’s brutal riffage and redefined heaviness. The latter was spearheaded by bands like Korn and Rage Against The Machine, who used aspects of hip-hop, goth, and electronica to create hard rock that reflected the disillusionment of urbanized society.

But nestled between those two genres is an album that managed to incorporate all of these novel influences while still sounding bigger, meaner, and weirder than every other band on the scene: Astro-Creep: 2000 -- Songs Of Love, Destruction, And Other Synthetic Delusions Of The Electric Head, the fourth and last full-length album by White Zombie. Powered by huge, no-frills riffs; strip-club rhythms; a jarring, psychedelic ooze of samples and keyboards; and stream-of-consciousness lyrics straight out of the back-alley of a grindhouse theater; Astro-Creep: 2000 shows White Zombie distilling the colorful sprawl of ’90s culture into a high-proof shot of deeply satisfying metal.

The journey to Astro-Creep: 2000 was long and storied for White Zombie. The LA-via-New York quartet were flying high on the success of 1992’s La Sexorcisto: Devil Music Vol. 1, which saw them abandoning their unhinged noise rock origins for a chunky garage metal sound. The album was a hit, in part due to the love given to its big single, Thunder Kiss ’65, by Beavis & Butthead. At the same time, frontman Rob Zombie remained unsatisfied, telling Rip Magazine in 1995, “I was never that happy with it. In some respects, it was probably the best thing we could do at the time under the circumstances.”

For their fourth album, the band switched around their line-up, bringing on Exodus and Testament drummer John Tempesta, and employed keyboardist Charlie Clouser (known for his work with Nine Inch Nail and Rammstein, among others) and producer Terry Date. They downtuned their guitars, focused on lyrics more driven by horror and sleaze than ’70s psychedelia, and combined stripped-down song structure coupled with lush production.

“At this point, the band had just turned into this huge machine that took over our lives,” said Sean in White Zombie: It Came From NYC, the book accompanying the band's vinyl boxed set.

Of course, there was no way a record this amazing was made by happy people. The band members were frustrated with each other behind the scenes, and the writing and recording process was grueling. Zombie insisted that Sean and guitarist Jay Yeunger write and record their riffs to electronic beats rather than build them from scratch, as they had done previously. By the time the album was complete and White Zombie began touring again, Rob was riding in a separate bus from the rest of the band.

“[White Zombie] was never a barrel of laughs,” says Rob Zombie in It Came From NYC. “It was always a struggle… I couldn’t see how this band could continue any further with such dysfunction. Better to go out on a high note and leave them wanting more than let it all crumble.”

As far as high notes go, it's hard to imagine White Zombie ever topping Astro-Creep: 2000, a non-stop roller coaster of throbbing heavy metal thunder that sounds as powerful today as it did all those years ago. Opener Electric Head, Part 1 (The Agony) sounds like a carnival rising out of Hell, while Super-Charger Heaven is a blinding occult biker anthem. Mid-pacers Real Solution # 9 and Creature Of The Wheel creep and crawl as well as strut, and Electric Head, Part 2 (The Ecstasy) bounces along with mischievous energy. Grease Paint And Monkey Brains is a filthy tobacco stained nightmare ballad, and gives way to the apocalyptically introspective I, Zombie. The album’s hit single, More Human Than Human, is a sexy, jangling highway rocker that would end up on the soundtrack to every action movie for the rest of the ’90s, though it’s quickly followed by the merciless El Phantasmo And The Chicken-Run Blast-O-Rama. Blur The Technicolor is a sneering little scab of a track, but it’s nothing compared to the hypnotizing doom that is Blood, Milk And Sky, the album’s closer and arguably White Zombie’s most legitimately metal track.

The album's massive success (it's now certified double platinum, and was nominated for the Best Metal Performance Grammy in 1996) and unique flavor echoed throughout the remainder of the '90s. How many industrial acts did their damnedest to mimic guitarist Jay's pounding riffs? How many nu-metal bands attempted Rob's dreadlocked look, or made sure they had a female bassist who usually looked a whole lot like Sean Yseult? By wrangling their myriad influences and merging them into something unique, White Zombie created a template that bands would desperately copy for years to come.

That said, Astro-Creep: 2000 became White Zombie’s death knell. The band broke up shortly after touring for the album; Rob went off to pursue his solo career and film aspirations, and Sean focused on her photography and played with bands like Famous Monsters and Star And Dagger. But in truth, that might have been for the best -- the jumbled, free-wheeling ’90s were giving way to the digitally streamlined and ironic 2000s, and a band as ragtag and different as White Zombie might not have survived. But for a hot second, with one unfuckwithable album, this band threw a saddle on an unruly decade and rode it like a mechanical bull, bridging the gap between several fledgling musical movements and creating music the likes of which will only be imitated, but never matched.