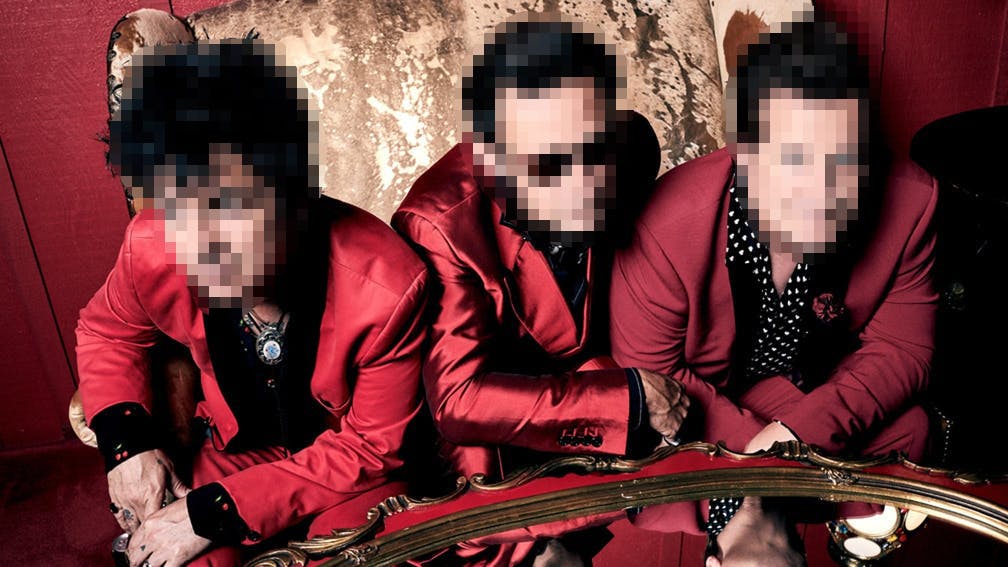 Over the past week, the eagle-eyed among you will have noticed that it’s all been kicking off on Billie Joe Armstrong’s Instagram Stories. And not just because of the high drama and messy power struggles going on in the upper echelons of U.S. politics (fret not – he’s been all over that too, as you’d expect). Rather, it was sparked by the surprising return of the Green Day frontman’s old foes The Network – the uber-mysterious, masked new wave sorts who suddenly broke their long silence to announce new music and seemingly reignite the two bands’ 17-year-old feud.

In an intriguing statement posted alongside a short preview clip of a song apparently called We Told You So, the band’s new Instagram account laid claim to The Network being time travellers, stating how their 2003 album Money Money 2020 was the fulfilment of an ancient prophecy (“a stern warning to mankind”), and announced that Part II was on its way soon. Oh, and they once again laughed off the “comical” suggestion that they were actually just Green Day and some other dudes dicking around in disguise. In response, Billie Joe proceeded to post clips from the video and tagged the band, along with apparently irate captions like, ‘What in the actual fuck?’, ‘The Network is not GD’ and a finely pointed, ‘Fuck these guys’.

A few days later The Network – supposed proponents of “total intoxication” and believers in The Church Of Lushtology – followed up this sudden surge in fresh activity with another new song, Ivankkka Is A Nazi, which appears to be taking potshots at the (current) President’s daughter. Late last year, Billie Joe Armstrong told Kerrang! that he wouldn't waste the songwriting energy writing about Trump (although he was specifically taking about Donald…). On Halloween, there was also a brief clip featuring footage of spiders set to what seems to be another new song, Tarantula. Muddying the waters further, Warner Bros. announced they had signed the band on Twitter, much to Green Day’s dismay. Green Day drummer Tré Cool then started following The Network on Instagram, and speculation among fans became rife that the Bay Area pranksters were up to their old tricks again, playing the world for fools.

Considering everything that’s gone on between the two camps over the years, it’s all a bit *Spiderman pointing at Spiderman meme*.

Officially, The Network are vocalist and guitarist Fink (who is definitely, absolutely nothing to do with Billie Joe’s coincidentally-named alter ego Wilhelm Fink), bassist Van Gough, drummer The Snoo, keyboardist Z, keytarist and co-producer Reto Peter, alongside guitarist Balducci – whoever they are. At least that’s who the band were credited as on their last recordings. Who exactly is in the band right now is yet to be revealed, although we wouldn’t hold our breaths on that information being made clear any time soon anyway.

Not to be confused with The Longshot, Foxboro Hot Tubs or any of the many other bands that may or may not involve assorted affiliates from the Green Day gang, The Network have always been shrouded in mystery alas, ever since their emergence from parts unknown (or somewhere that speaks Swiss German…) in the summer of 2003. Although musically and aesthetically poles apart (The Network are more Devo-meets-Ramones than straight-up punks), even the most sceptical of fans couldn’t help but note the similarities between the band’s vocals, not to mention the unavoidable red flag fact that their debut album was released on Billie Joe’s Adeline Records. They even opened up for the legendary punks for a few shows in October 2005, despite trash talking them in the press from day one. Cynics among you, however, might say that the press conference was clearly fake… Regardless, the Green Day frontman has always played speculation about the band members’ true identities with a straight bat, insisting that people who claim The Network are Green Day in masks have got it wrong.

“All I gotta say is fuck The Network,” he’s gone on record as saying. “These guys are totally spreading rumours. I try to do those guys a favour by bringing them to this country and putting out their record and this is how I get repaid, by talking shit about my band. Unfortunately there is a contract and I have to put out their record. The only thing I can say is Fuck you, Network. Bring it on.”

Strong words both then and now. Of course it doesn’t help that The Network’s official website was actually registered by Green Day Inc, or that in a 2013 interview with Rolling Stone’s David Fricke, Mike Dirnt appeared to confirm his and the rest of the band’s involvement. A slip of the tongue, a deliberate breadcrumb or a classic case of Green Day playfully winding everyone up? Despite all of the evidence stacking up to the contrary, Billie Joe seems intent on maintaining the ruse. Even in the latest dispatch from The Network, we are told that “the Gods are laughing and it’s up to you to prove them wrong” so maybe we’re actually being encouraged to see through all of this and investigate further.

Ultimately, whether they’re secretly or not-so secretly Green Day, The Network have made their bold intentions clear. They’re back and they’re ready to ruckus. The Church Of Lushtology is ready for worship once more, Money Money Part II is coming and apparently bringing with it “the keys to our past, present, and future DNA” which is handy, considering what a mess humanity is in right now. In time, all will be revealed. Or maybe it won’t. Either way, sit back, grab some popcorn and watch the sparks fly. Again…