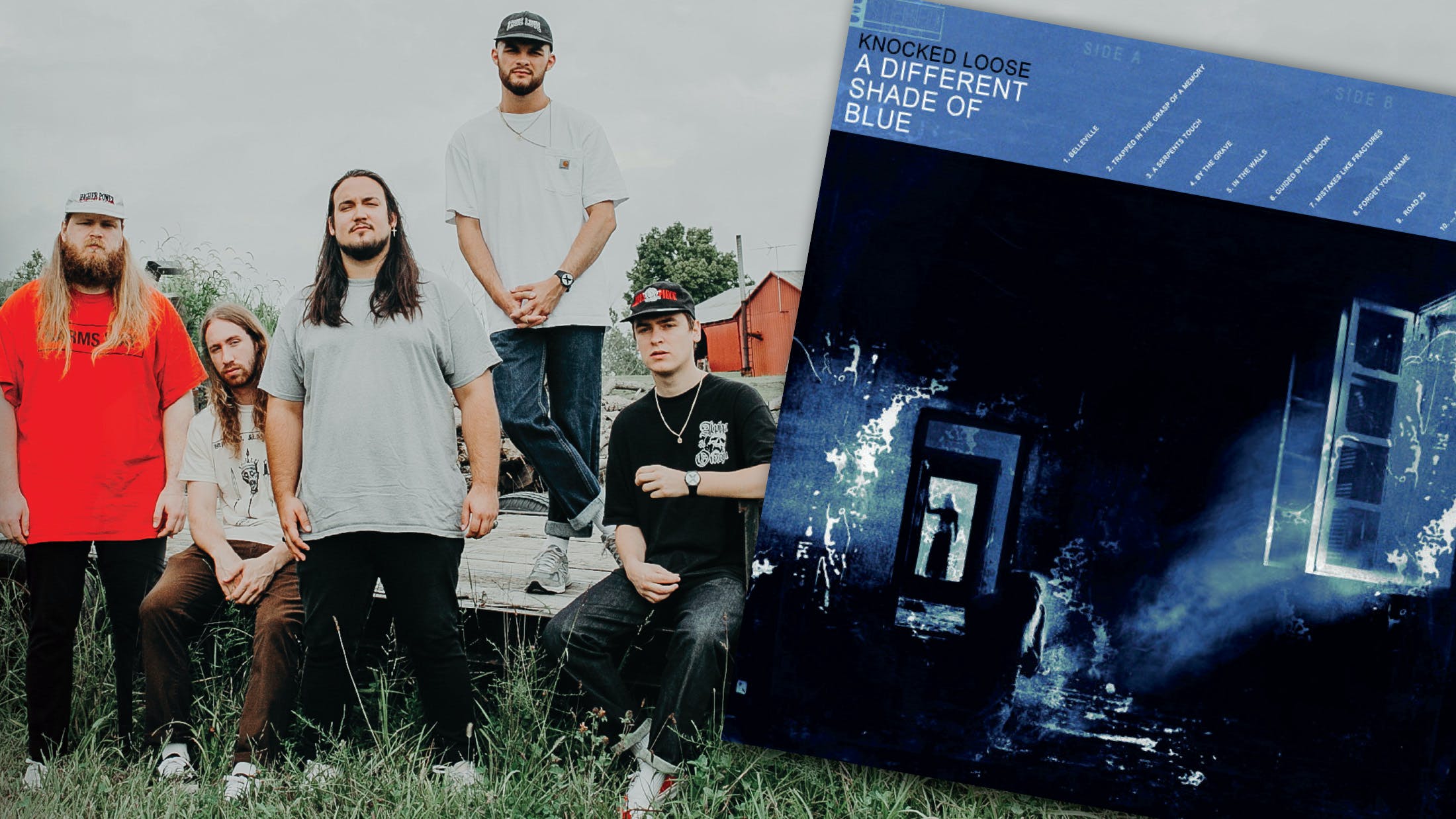 Anyone who came into contact with their storming 2016 debut album Laugh Tracks could tell that Knocked Loose had the potential to become a truly important band. But by the start of this year, the growing audience for their incendiary hardcore could be forgiven for wondering when they were going to hear any new music from the Kentucky quintet. Their patience was amply rewarded with an absolutely ferocious follow-up, a record that found the band planting their flag at the genre’s very peak.

The first sign of the noise to come appeared this April, with the surprise release of a 7-inch EP featuring lead track Mistakes Like Fractures. Charging full steam into the faces of the faithful with disgusting heaviness and unfettered attitude, it packed a Slayer-esque intro, sludgy riffs and a climactic breakdown into three-and-a-half minutes of typically aggro attack, working as an early warning of the triumphant horror to be unleashed four months later on A Different Shade Of Blue.

It was immediately clear that playing the long game had only worked in Knocked Loose’s favour; while Laugh Tracks had been a compelling snapshot of a band at the start of their journey, A Different Shade Of Blue found them ruthlessly honing all their elements into a sharp point. The band had worked on the album between tours, continually revisiting the material until they were confident they’d come up with a work that showcased their lethal best. Speaking to Kerrang! about the process, frontman Bryan Garris explained, “We’re so busy touring, and this gave us an opportunity to lock ourselves away and write a record, and then it gave us time to sit on that record, in case we would be like, ‘Yeah… I don’t like this now.’”

This protracted genesis also gave Bryan time to develop the album’s blue-themed concept, dropping Easter eggs as far back as last year’s video for Laugh Tracks barnstormer The Rain. As befits a shade commonly associated with sadness and depression, Bryan ensured that A Different Shade Of Blue delved ever deeper into themes of inner turmoil, his lyrics matching the band’s music at every brutal turn. Hardcore is often a message-driven form, but this is an album that eschews politics and ideologies to offer an unflinching take on one man’s struggles, taking in depression, loss and disorientation. Opener Belleville talks of being ‘faced with ultimate despair’, and even one listen to terrifying tracks like By The Grave or Denied By Fate is enough to leave no doubt that this is a collection of songs fuelled by dark thoughts, expressed honestly and with cathartic passion.

Emma Boster, singer with Portland metalcore band Dying Wish, made an appearance on A Serpent’s Touch, while the band enlisted former touring buddy Keith Buckley of Every Time I Die to craft a memorable guest verse on Forget Your Name. Yet these cameos aside, A Different Shade Of Blue forges a distinctive path, one that fits seamlessly into the hardcore continuum without losing a sense that it could only have originated with Knocked Loose. While hanging out with K! on their home turf of Oldham County in August, a rendezvous in aid of their first full-band cover story, lead guitarist Isaac Hale explained what makes the band special.

“You don’t have the stupid cliques here that you have everywhere else. We all look different. We all listen to different stuff. We all talk differently. We’re all into different things,” he said. “But take these different people and fit together their individual quirks? That makes for a unique mix. Bringing our individual tastes to the table makes for a weirder product.”

There are certainly different shades of heaviness on the record; with few songs content to do exactly what you expected at their start, A Different Shade Of Blue is a rare combination of immediate impact and gradual reveal. A not insignificant slew of metal influences infuse this particular take on hardcore, with thrashy sections and doom-fed grooves casually collapsing boundaries and tunes like Trapped In The Grasp Of A Memory stomping into death metal territory without alienating existing fans. Atmospherics aren’t ignored either, as shown by the creepy outros of …And Still I Wander South and In The Walls, the latter featuring a sample of what sounds like a news report about a man murdering his family (though, reassuringly, taken from the PlayStation game P.T., rather than real events).

A willingness to step out of their comfort zone saw the band step into the rather less savage or intense environment of a summer U.S. tour as main support to A Day To Remember, taking their unmissable live show to a whole new audience. It was a ballsy move, but one which highlights that, of their contemporaries on hardcore’s heavier margins, Knocked Loose are perhaps the ones with the most crossover appeal. Crucially, though, every opportunity and ounce of success which they’ve enjoyed has been entirely down to their own dedication, skill and hard work; A Different Shade Of Blue is no dilution of the band’s fiery vision, but rather a highly effective concentration of its core values. As Bryan put it back in August, “We’ve got complete creative control and now we’re more hands-on than we’ve ever been. We’re gonna take more risks. We’re gonna keep touring. We’re gonna keep going in until people don’t give a shit anymore.”

Well, the idea of people not giving a shit about Knocked Loose has been reduced to rubble. Not only is A Different Shade Of Blue one of the year’s most confrontational lessons in violence, but the depth of songwriting and the absolute power of its delivery makes it mandatory listening for anyone with an interest in heavy music, hardcore or otherwise. Three years on from Laugh Tracks, this blistering record proves that good things really do come to those who wait.

Knocked Loose, Scowl, The Linda Lindas and more for Coachella 2023

Joining the likes of Bad Bunny, Blackpink and Frank Ocean at this year’s Coachella are Knocked Loose, Scowl, The Linda Lindas, YUNGBLUD and more.