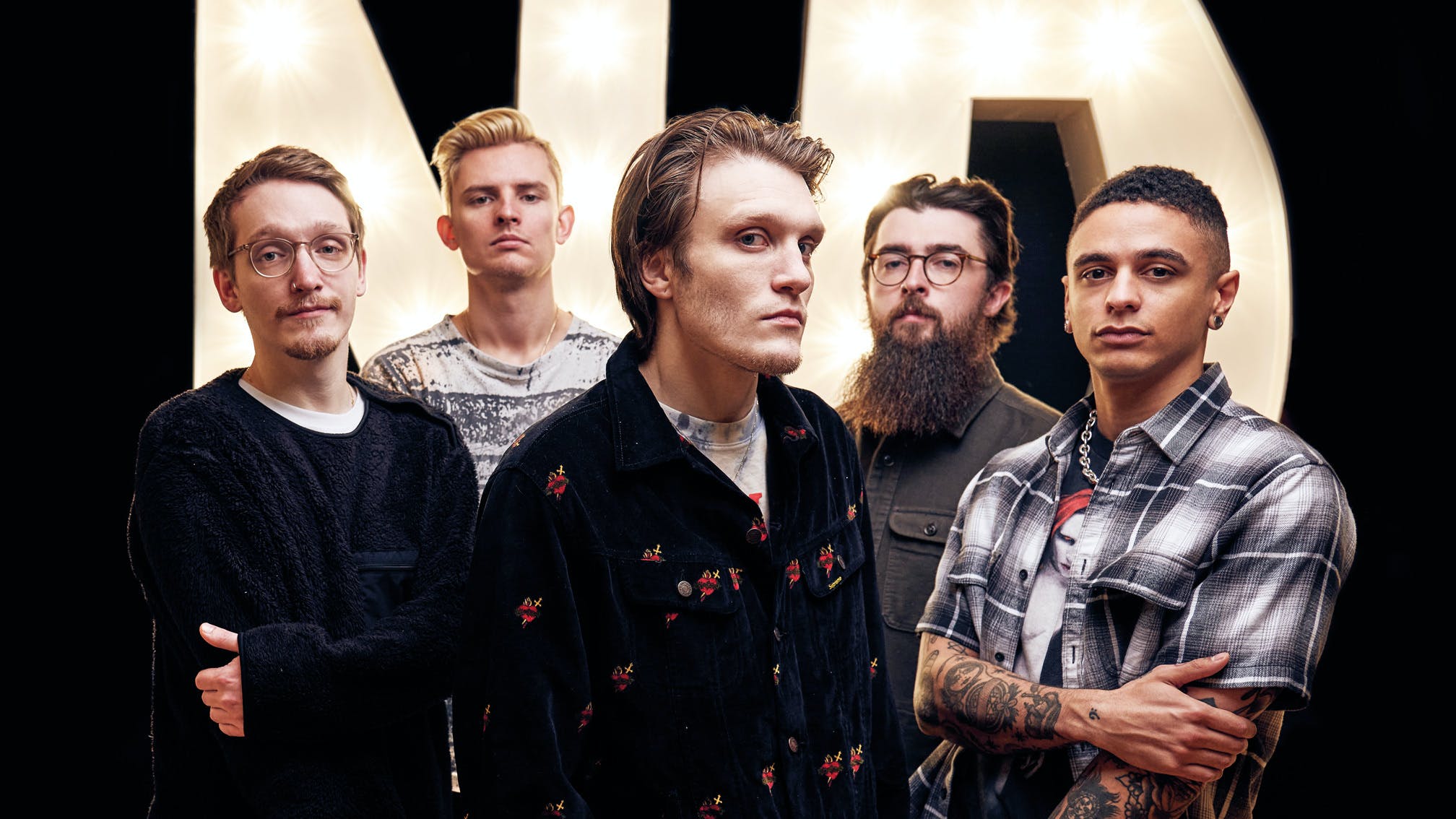 Last Friday, Wrexham pop-punk greats Neck Deep introduced fans to the fascinating world of Sonderland via new single Lowlife, and the announcement of their highly-anticipated fourth record, All Distortions Are Intentional.

To coincide with this huge news, the band – brothers Ben and Seb Barlow, Dani Washington, Matt West and Sam Bowden – hit the cover of Kerrang! this week for a very special interview about everything that's coming our way within this conceptual new sound and place.

And while 'Sonderland' plays a huge role in the narrative of album number four, with one of the record's central characters, Jett, living there, frontman Ben explains that the band decided against using this word as the LP's title.

“We realised [Sonderland] pigeonholed the record a bit, putting too much of a focus on the fantastical setting than the characters involved,” he admits, though Sonderland is nevertheless the name of the album's opening track.

“All Distortions Are Intentional came from the artist who ended up doing the cover [Tom Noon]. We were flipping through his stuff, and he had a piece with that name, and I thought it sounded sick. It’s a statement that plays into the record in a lot of ways. Our understandings and misunderstandings in life happen for a reason, and in our journey from point A to point B there are a lot of emotional fluctuations, which are all part of the bigger picture. This is an album of drastic juxtapositions and creative choices that might not all make sense right off the bat, but they are intentional.”

Elaborating on these fresh creative choices, drummer Dani adds: “We’re trying to present our sound, as individuals and as a band, in a way that’s palatable to the biggest audience.

“That may seem like an obvious idea, but it’s not really. If you view music as a language, you want as many people to understand your language as possible, which isn’t easy. You don’t want to copy anyone else, so you’re taking interesting, original ideas and channelling them into something bigger that brings people into our world.”

Read this next: Ben Barlow: The 10 songs that changed my life

Neck Deep hit the cover of Kerrang! this Wednesday, March 4, for an exclusive new interview and photoshoot.

To celebrate their return, we've teamed up with the band on an extra special offering for Neck Deep superfans: we’re putting out a hugely limited collectors’ edition package containing this week’s magazine, complete with a bespoke front cover, and a stunning A2 four-colour process lithographic print, produced on 200gsm uncoated stock, hand-designed by Neck Deep guitarist Matt West.

Kerrang.Newsstand.co.uk is the only place you can order this exclusive package – with worldwide delivery! – so don’t hang about if you want to get your hands on one.

**Please note: your print will be dispatched rolled in a heavyweight cardboard tube, separately to your magazine, so you may receive them at slightly different times, depending on how lazy your postman is feeling.

All Distortions Are Intentional is due out on July 24 via Hopeless Records.