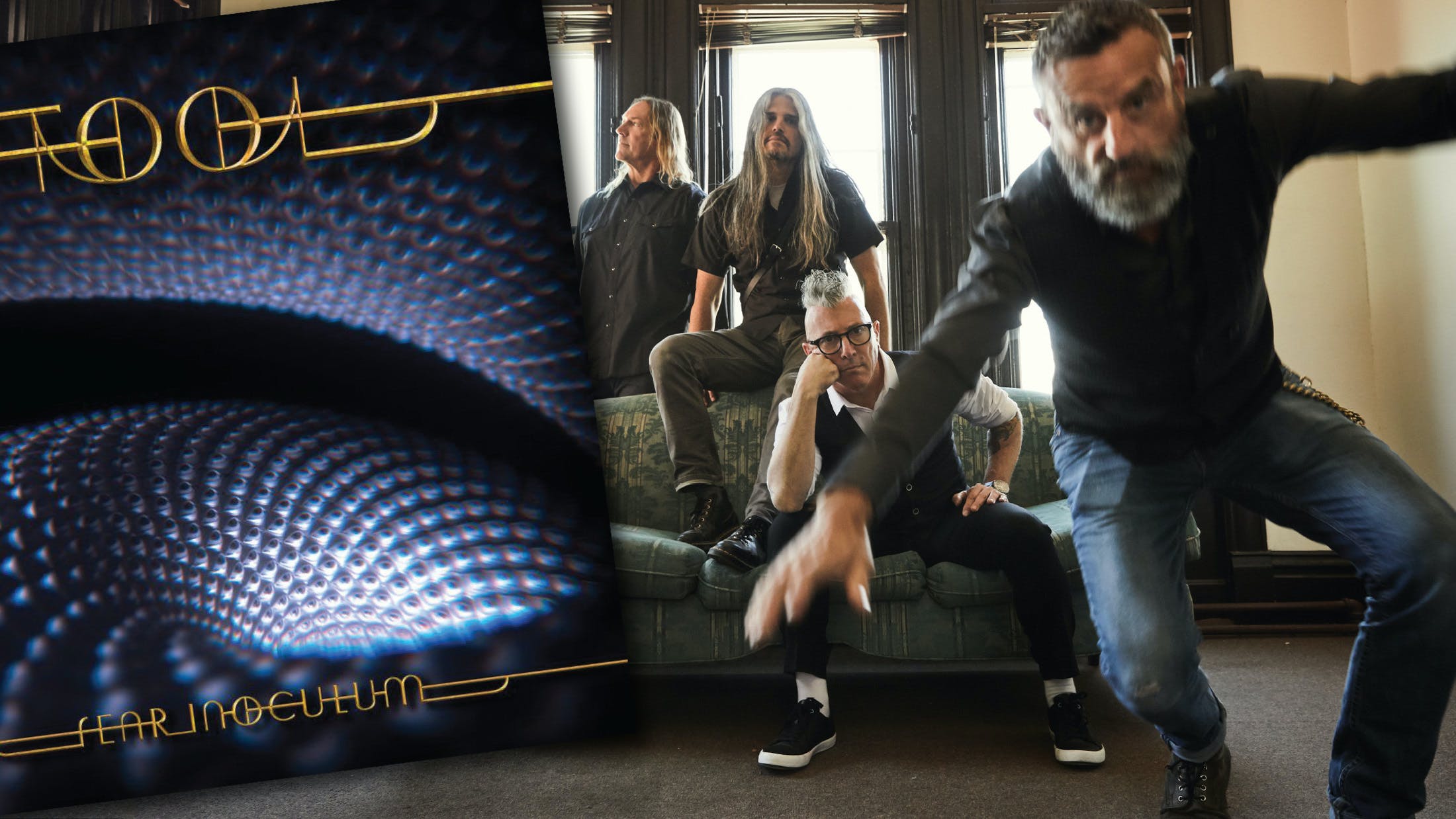 It exists. Though it still seems somewhat surreal to say it, it’s true. After all the purgatorial years of waiting, all the inherited hype from countless memes, GIFs, rumours, whispers, updates and false dawns… on August 30, 2019, the world finally heard Tool’s near-mythological fifth album, Fear Inoculum.

What’s interesting now is that, a few months on – and even for those who’ve committed the record’s myriad twists and turns to memory – it still feels both brand new and yet somehow strangely elusive. This is not an accident. Despite the pervading narrative that it took Tool 13 years to make – which always included the derp-brained assumption that they started recording a new album the very second that they had released 2006’s 10,000 Days – Fear Inoculum is, nonetheless, a product of five years of exacting graft and scrutiny. And it shows. Patience was not only required in the run up to Fear Inoculum’s arrival, but after it, too. Months on from release, its genius is very much still unfurling.

READ THIS: The 10 best Tool riffs ever

For all the fan frustration – some of which understandable, some of which bordered on the deranged – directed at Tool during Fear Inoculum’s long gestation period, when it arrived the last thing anybody could accuse them of was dereliction of duty. Across its 10 songs (11 if you include the bonus track Recusant Ad Infinitum, available on the special edition release) Tool extended their tenure as metal’s most brain-busting thinkers. While met with resounding praise upon release, including a full 5Ks from Kerrang!, some detractors chirped things like, “It just sounds like another Tool record.” This was idiotic for a number of reasons, but principally because it so radically missed what was actually different this time around.

On Fear Inoculum, Tool started making songs that more accurately played out like movements in a symphony. Or, put another way, they are “big bites to chew” as drummer Danny Carey told Kerrang!. It was a trait that had been glimpsed before on previous outings, but never on this sustained scale. On the title-track and Descending, Tool’s music is more knotted, winding and intricately conceived than ever before.

It is, of course, entirely possible to totally overthink this record, and completely lose yourself in polyrhythmic intricacies, be it the 7/4, 7/3 and 7/8 time signatures or Danny’s Billy Cobham-inspired jazz drumming on the hypnotic Chocolate Chip Trip. But for all the mathy intelligence funnelled into this album, it was never at the expense of immediacy. There is a reason jaws remained firmly dropped as Tool played their new material during their headline slot at this summer’s Download festival. If you think of older propulsive songs like Jambi or Ænema as playing out like footage of a nuclear bomb in real time, a labyrinthine track such as Invincible is akin to that same incredible power being captured in slow motion. Yes, song lengths may have ballooned, but they never felt bloated. 7empest is 15 minutes and 44 seconds long, but that simply meant more time in which to marvel at its elemental force.

READ THIS: Then And Now: Does Tool's back catalogue hold up?

The widened scope of Tool’s sound isn’t just down to the phenomenal musicality of Danny Carey, guitarist Adam Jones and bassist Justin Chancellor. Vocalist Maynard James Keenan had a major role in this, too. “It wasn’t just what he was singing, but what he didn’t sing,” praised Danny of Maynard’s work on Fear Inoculum. “The spaces that he left, to let these compositions we’d worked our heart and soul out on shine.” But while there is more space than ever before for instrumental slow-boiling this time around, Maynard’s presence on the album is not defined by its comparative absence: his voice is magnified, not marginalised. On Fear Inoculum he’s always there, lurking in the background, ready to cut your throat with a razor-sharp line or melody when you least expect it.

Speaking of which, folks… Lyrically, Maynard offers an array of both private and shared dreads – the terrors of the spirit, of aging, of irrelevance, of humanity’s hubris. Whether he relays this with incantatory grace on Pneuma or gleeful menace on 7empest (‘Calm as cookies and cream, so it seems / We’re not buying your dubious state of serenity’) the results are breathtaking. And if Maynard’s ability with words is one thing to praise, his voice is another altogether. His great gift as a singer is not just the ability to locate notes that other vocalists would never think of. Rather, it’s the ease with which he pairs said notes with words that really should be incompatible with melody. It stands to reason that there should be no way to sing the title-track’s lyric, ‘My own / Mitosis / Growing through / Division from mania’ and make it sound graceful. Time and again on this record, however, Maynard pulls off this feat.

While Tool’s achievement with Fear Inoculum is, first and foremost, a musical one, it was a triumph in other ways too. Yes, it debuted at Number One in America at a time when rock rarely makes such a formidable dent in the charts. And yes, this album factored into their widely-discussed decision to finally put their back catalogue onto streaming platforms so that you can finally add The Pot to your jogging playlists. None of this is to be sniffed at. But for all the talk of streaming associated with Tool’s return, let us not forget that this is an album that was issued in a deluxe physical edition that came with its own plug, battery, 4” HD screen and custom short music video. Simply put: no-one operating in any genre of music right now is doing anything this groundbreaking.

The biggest victory of Fear Inoculum, however, is simple. People listened to it. As in, people really, really listened to it – without shuffling and without just picking out a mere few tracks. “This was written and composed to be an album, an experience you can dig into for 80 to 90 minutes,” Danny told Kerrang!. “But I don’t know how many people are left out there in the world willing to do that.” Well, mission accomplished, Danny. In more ways than one, Tool gambled on the patience of their audience. And they cleaned up. Four months on and counting, Fear Inoculum still has the world’s collective third eye prized wide open.