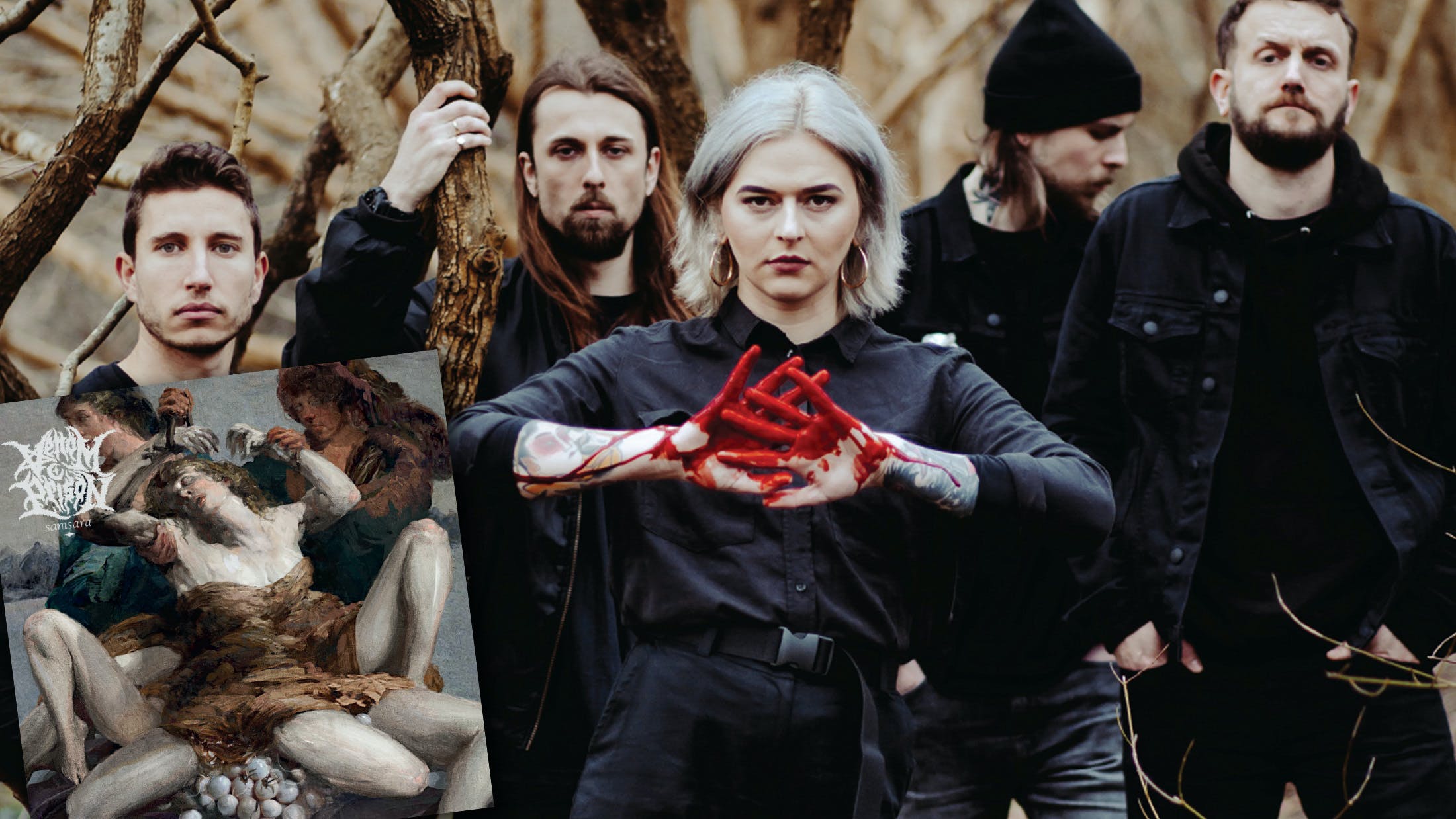 There was a definite air of anticipation surrounding the new Venom Prison album. After they exploded onto the death metal scene in 2016 with debut full-length Animus following years of perfecting their craft on countless hardcore bills, the Wales-via-Germany-via-Russia noisemongers had set a very high bar for themselves. Couple this with the fact they’d been sharpening their claws by rubbing shoulders with metal giants like Trivium on tour (and next year they’ll head out with Parkway Drive), and all signs, rightly, pointed to a band ready to do something very special.

Samsara is the best death metal album of the year, no question. Where Animus laid the foundations for the formidable five-piece’s sound, this is a cathedral of brutality. The rugged, ragged sonic warfare of that debut was refined and sharpened into a deadly weapon, one that could strike just as easy as it could consume.

READ THIS: The best death metal albums of the '90s

The title comes from the Buddhist concept of Samsara, where a human’s soul is subjected to live a never-ending cycle of birth, suffering and death, forever being reborn into negativity. It’s a title that would reveal itself to be particularly pertinent to the album’s content. Vocalist Larissa Stupar started writing music around this concept as a reaction to her own life, telling Kerrang! in the band’s debut cover feature in March that she believes her existence revolves around a similar cycle. The result is a deeply personal record, one piled high with aggression, sorrow, hatred and darkness. It’s claustrophobic to listen to, offering no respite, echoing the places in which Larissa found herself after months on the road lead to burning out.

Taking inspiration from her own battles with depression as well as her observations of the terrible things in our world, each of the 10 tracks leave a lasting bruise. From the pummelling opener of Matriphagy (a word meaning the consumption of a mother by her offspring, inspired by Larissa’s older siblings having children), to closing track Naraka (in which she deals with her own thoughts about suicide), it is a relentlessly dark, unpleasant place from which Samsara comes. The horrors of the wider world are dealt with intelligently and specifically. Uterine Industrialisation, for example, is a tirade against the commercial surrogacy industry in India, in which women bear children for wealthy couples in a practice that cares very little for their health or wellbeing. On Megillus & Laeana, Larissa takes on homophobia and transphobia, while on Implementing The Metaphysics Of Morals, she furiously calls out the way sexual assault cases are dealt with by the courts, frequently falling apart due to lack of evidence.

It’s topics like these that have made the vocalist one of the most vital voices in all of extreme music, highlighting deeply personal themes in a sphere of music dominated by men and often lacking any genuine emotion.

That has always been Venom Prison’s modus operandi. Right at the start, on Animus, they turned death metal on its head by replacing its often misogynistic lyrics with tales of cutting off a rapist’s penis and choking him to death with it (Perpetrator Emasculation), and here they were exorcising the demons of reality. Instead of the cartoonish, gore-splattered death metal realm occupied by countless bands obsessed only with heaviness, Samsara is a reflection of a much uglier, more cruel real world.

Speaking to Kerrang!, Larissa admitted that, as well as showcasing her personal side, this album was also much more tied to self-loathing and violence than Animus was.

“I usually don’t want to write about personal stuff because it makes me look and feel vulnerable, but in this case I felt that showing the vulnerability made me stronger as a person,” she explained to us. “I felt like I needed to explore myself and to maybe find some sort of solution for my emotional suffering.”

It’s on the song Self Inflicted Violence that this most personal of subjects is laid out in its most stark form. “This was one of the last songs I wrote for the album, and it’s about self-harm,” she revealed when discussing the meaning behind the track. “We were in the studio, and it was around the time when I started taking medication for my depression. A few weeks before that, I was going through a lot of things, and I wanted to write on paper what I thought and felt in my head at the time.”

It makes for uncomfortable listening, but you can also feel the catharsis throughout the album. As Larissa spits her venom, the music to which she is putting these things is visceral, savage and full of an energy that is best described as ‘primal’. At times it feels like things could all go off the rails at any moment, yet everything is strung together by a skill that’s truly formidable. It’s a much more comprehensive beast than Animus, unleashing far more of the band’s vitriolic arsenal, from the ferocious shredding on the aforementioned Self Inflicted Violence to the larynx-stripping screams in the second half of Naraka that talk of how ‘This body is a prison for my consciousness / Where I will rot and die a wretched death’.

READ THIS: Larissa Stupar: "It's no secret that many women have been forced into surrogacy"

Upon its release, we awarded the album five Ks, applauding the band for the way in which this personal subject matter tore through the music. And as well as being a creative triumph, Venom Prison had proved that operating inside a genre needn’t confine you within it. The influence of death metal luminaries like Cannibal Corpse, Suffocation and Carcass looms large and inescapably over proceedings, but there’s an appeal to Venom Prison that draws in people who would otherwise not care for this stuff. And surprisingly, for such a heavy record, there is the odd ‘accessible’ moment tucked away within the breathless, ruthless onslaught. On Asura’s Realm, the hellacious bouts of carnage that wage war on the senses almost touch on Slipknot at their most feral and heavy, while Uterine Industrialisation packs a huge breakdown. It’s death metal for those raised on a diet of Hatebreed and Terror. When these songs thunder out on tour with Parkway Drive in April, it’s going to be something to behold.

Samsara proved that it was possible to make visceral death metal with equal amounts of brains and viciousness. And though its soul is incredibly dark, it also shone a light where it was needed the most.