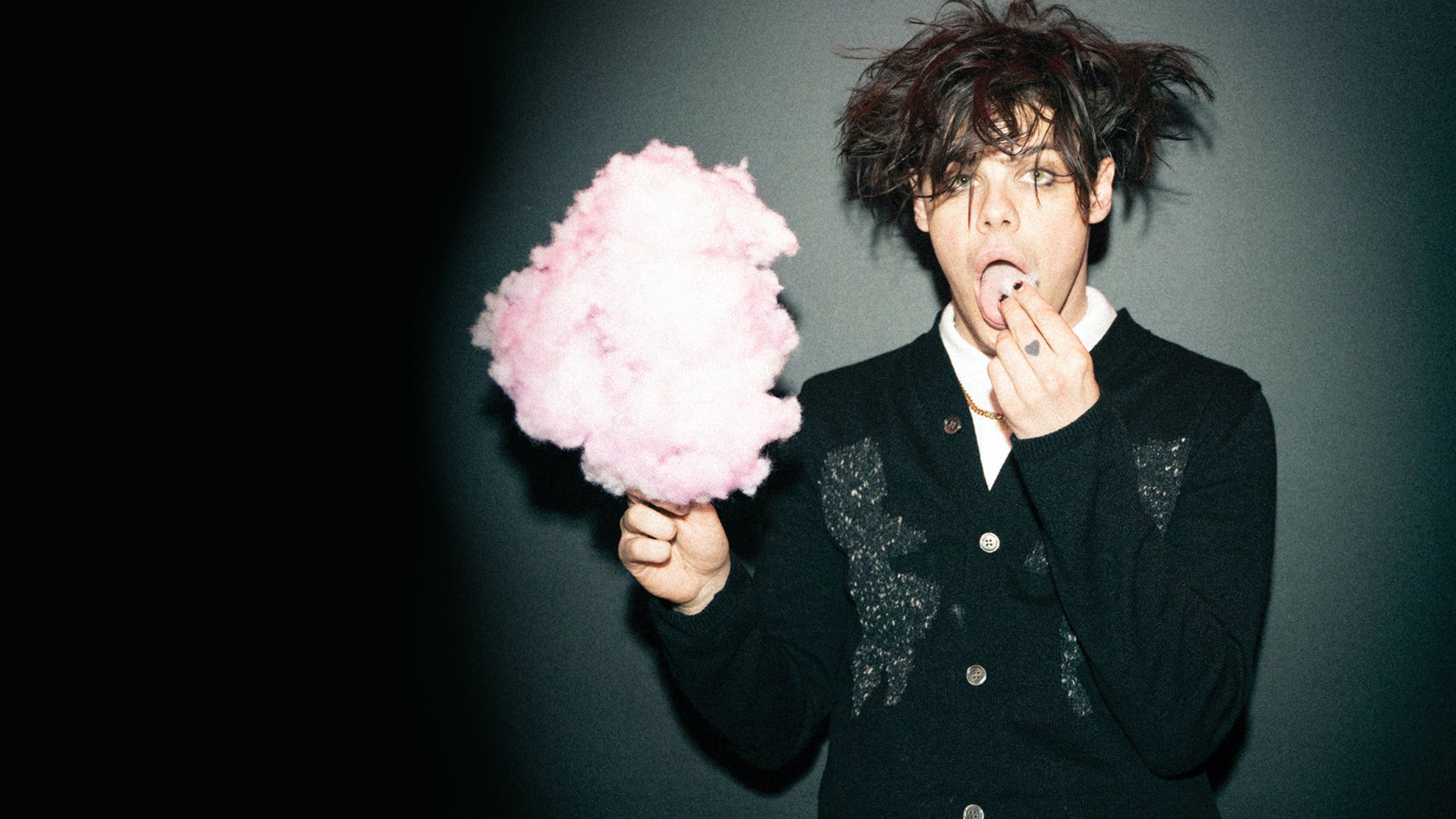 “We’re living in an era where people want to be told the truth.”

Authenticity is important to Dom Harrison. The Doncaster native, who goes by the moniker YUNGBLUD, is on the cusp of becoming a bona fide star after a 2019 that saw him release his second EP, the underrated youth, work with some of the biggest names in music and establish himself as one of the UK’s most exciting and controversial talents.

Despite mainstream success, though, Dom is determined to push against the tide and be true to his artistic vision and the community it’s fostered.

“Up until the past few years, you had things like The X-Factor dominating music, and the artists that climate fostered weren’t saying anything true, which is why things got sterile,” Dom says, speaking to Kerrang! from Los Angeles, where he’s been recording new material. “When I was a kid, I was obsessed with the grunge scene and bands like Soundgarden and Nirvana. I look back on that movement and I can see something similar happening now. People have been fed so much shit music, they’ve gotten sick of it.”

The sterile nature of the music scene as he saw it led Dom to create something truly unique with YUNGBLUD. His music is rooted in rock – the aforementioned grunge scene, and bands including My Chemical Romance and The Clash were important to him growing up – but hip-hop and pop are influences, too. His back catalogue includes everything from the ska-esque ditty that is I Love You, Will You Marry Me to the atmospheric alt-pop of 11 Minutes, a song which was recorded with Halsey and Travis Barker and currently has over 96 million Spotify streams. This broad sound, Dom says, stems from his desire to learn as much as possible about every style of music.

“It’s culture,” he shrugs. “That’s why my music is so varied, and it’s also why I collaborate with so many artists. You’ve got Halsey, who makes pop, Machine Gun Kelly is a rapper, Dan Reynolds of Imagine Dragons is an indie rock artist and Marshmello is in the EDM world. I want to learn from all these people, but I also want to push guitar music to be prevalent in all those scenes. The guitar means a lot to me.”

YUNGBLUD’s current success is proof, Dom argues, that the guitar, and rock music more broadly, can never die, no matter how hard the mainstream turns its back. Rock may have changed – “YUNGBLUD is a different take on it,” he admits – but its core values of rebellion and community remain vital. It’s an outlook Dom will take to the stage of the Kentish Town Forum in London across a five-date residency this summer, while he also assures that his “massive plans” for 2020 include another record, high-profile festival slots and more collaborations.

Just as important as the music of YUNGBLUD, though, is the message. Dom has courted plenty of controversy throughout his time in the spotlight, receiving death threats for his outspoken political views and gender-fluid dress sense, but he won’t be bullied into toning things down. The ambition for YUNGBLUD, he outlines, is to take the project to stadiums and create gigantic safe spaces where all feel welcome.

“I want to take this to the biggest rooms and make everyone present feel like they belong, because all I’ve ever wanted is to belong somewhere,” he explains. “I see myself in these people – that was me at a My Chemical Romance concert. I used to think it wasn’t alright for me to be who I am, and I got so low that I contemplated suicide. I never want anyone to go through what I did.”

Ultimately, whilst his own experiences drove Dom to create YUNGBLUD, it’s the legions of fans who’ve responded to it that have propelled his message forwards. And it is their stories he wants to amplify.

“So many fans have directly inspired my music,” he concludes. “A girl in Holland left home, shaved her head and went to art school. I saw two boys snogging in the middle of the mosh pit, because it was the only place they felt safe. A young trans girl I met last year said that my song Kill Somebody allowed her parents to understand why she wanted to go through a gender transition. That’s real shit, and that’s what I do this for. YUNGBLUD isn’t about me – it’s a community. It’s us.”

WILLOW and YUNGBLUD are in the studio together

Looks like a WILLOW and YUNGBLUD collab is on the way…