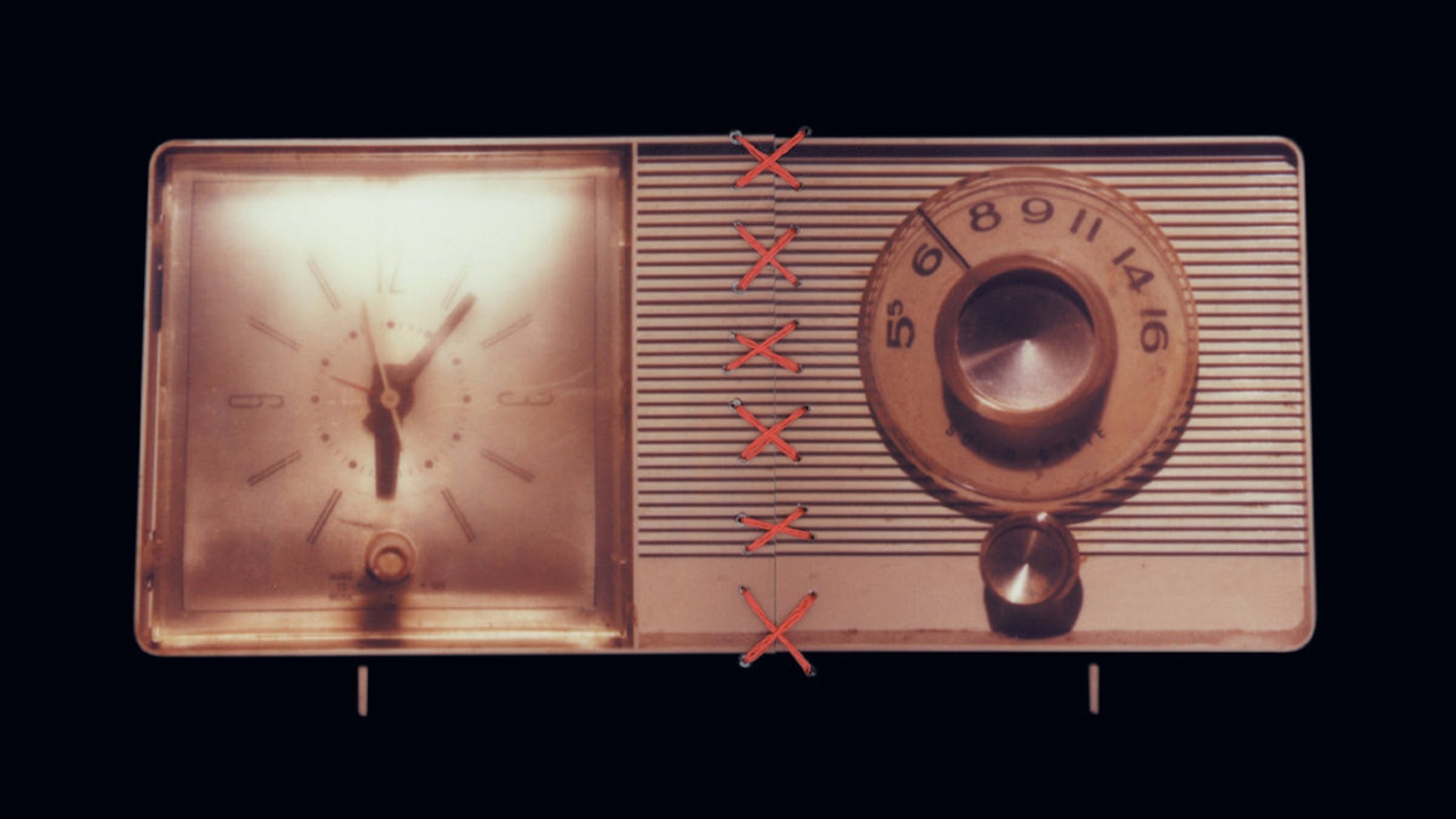 In 1999, heavy music was experiencing a strange and awesome transformation in California. While nu-metal and pop-punk ruled the radio and MTV, bands uninterested in either movement were beginning to incorporate weirder and heavier flavors into their sonic profiles, creating a new underground of intense, unhinged experimentation. In Oakland, doom legends Neurosis were reaching their peak with Times Of Grace, while in Redwood City, Spazz were laying the agitated groundwork of the powerviolence scene. In Sacramento, meanwhile, the young band to beat were metalcore skater crew Will Haven.

“We liked everything across the board -- Jane’s Addiction, Depeche Mode, gangsta rap, everything,” says guitarist Jeff Irwin. “But we grew up on Earth Crisis, Converge, Coalesce, those types of bands, so when we made [1999's WHV], we were really influenced by that. We wanted to keep our roots, and bring out the bands we were influenced by.”

On this day 20 years ago, Will Haven released their sophomore album, WHVN. Brawny, tortured, and packed with disparate influences, the album cemented the Sacramento quartet in the still-burgeoning metalcore scene. On the one hand, the album was a turning point for the young act, showing the world that they were unafraid to carve a new path through the metal scene with Jeff’s yearning riffs and frontman Grady Avenell’s gut-deep screams. On the other hand, for Will Haven, it was part of their larger halcyon days making music with friends in a scene they were just pleased to be a part of.

“I’m just happy that we’re able to achieve the things we have,” says Grady. “We never really set out to do anything but play music outside of Sacramento.”

In honor the anniversary (and just as the band releases their latest music video, Winds of Change, which can be watched below), we reached out to the founding members of Will Haven -- Jeff, Grady, bassist Mike Martin and drummer Wayne Morse -- and spoke about the band’s storied history and the legacy of WHVN.

First off, how’d you guys all meet? Where does Will Haven start?

Jeff Irwin: Grady’s kind of my musical soulmate and brother. He transferred to my school because he got busted at his own school. When he first walked into school, I was like, ‘I wanna be friends with THAT guy.’ He didn’t want to sing initially -- I kind of forced him to sing. He’s very powerful, similar to Rollins in a way. We met Mike and Wayne soon after that.

Take me back to Sacramento in 1999. What’s going on there? What’s the scene like?

JI: Music was pretty awesome at the time. We grew up in the hardcore scene, and were friends with the Deftones, so we got piped into the nu-metal scene. But [our debut album] El Diablo’s a tribute to Neurosis. The scene in Sacramento was okay. A lot of the local bands have moved on.

Wayne Morse: For me it was all about The Cattle Club! Thursday nights was three bands for three bucks, and then Friday, Saturday and even Sunday nights of shows. As far as the music i listened to, it was hardcore and metal. But the bands that influenced my drums? it was Helmet, Bloodlet, Neurosis, and those Sacto bands...Deftones and Far.

Mike Martin: Going to shows at The Cattle Club and The Loft. Our sound was influenced by local bands and friends -- obviously Far, Deftones, Tinfed. Then, the Bay Area scene was a big influence as well. We saw many great shows at [infamous DIY club] 924 Gilman Street.

Looking back at the WHVN album, what are your gut reactions? What do you remember the most?

GA: We were just picking up from where we left off from El Diablo -- just with a darker sound. I think just being on the road, coming home, wanting to do something different...just experiment a little bit.

WM: Personally, I also felt like we 'landed.' Touring on El Diablo was all so new to us, so when we released WHVN, we (kinda) knew what we were doing. We just wanted to go on stage and punch motherfuckers in their forehead with heavy. That album also had songs that made me physically tired and sore after a show. I would ask that we would do Slopez (our ballad of sorts) after Dallas Drake, cause that song was so rough on my arms and shoulders.

JI: It was weird times -- we’d just come off a world tour with Deftones, and we had a little buzz going for us. I think we were just kind of excited to work on some music, but we were rushing it, too, because we wanted to keep the momentum going.

MM: I think we really expanded our sound on that album. It was more experimental than El Diablo. A solid way to follow up our first album.

JI: At the time, we were actually sharing a rehearsal space with the Deftones, and they were on tour all the time, so it was just us. Their spot is basically a playground -- it’s got skateboard ramps, and a kitchen, so we would just go there and rehearse for an hour, skate for the next two hours!

GA: I remember when we first started rehearsing for that album, we were at the Deftones’ spot, so I remember skating the ramp a lot.

MM: We had a great time at the Hanger recording that.

Where does the title come from -- and is it just pronounced like letters?

JI: Yup -- just ‘W-H-V-N.’ The album title is meant to be a radio station. The songs have some static and noises in there, and I thought, 'This sounds like a radio station.' That idea came about while recording. And then the guy who did the artwork added the radio to the front cover, and it tied it all together.

Obviously, nu-metal and pop-punk were very popular at the time of WHVN's recording -- were you guys ever urged to go in those directions, or be more palatable for mainstream audiences?

WM: Oh, fuck no! I remember writing songs for WHVN where we would change the tempo or throw in an off-time beat just so we could see people banging their heads get totally off-beat. We loved that shit! I guess we were trying to confuse people rather than write a hit. Conforming was not in our vocabulary -- it never came up. And with a vocalist like Grady, it would be blasphemous to ask him to do anything different.

GA: There was no pressure to change up anything. [Our label] Revelation never asked us to do anything special or take a different route. I don’t think we ever put limits on ourselves. We never said we wanted to sound like this, or not sound like this. We never modeled ourselves or pigeonholed ourselves into something we didn’t want to be.

JI: Even when we did the bigger tours with Deftones and Fear Factory, we were on Revelation still, which was basically a staple for hardcore. Being on that label, they just let us do whatever they want. Later on, people would say, ‘Oh, get a singer,’ but at the time, we were on a hardcore label. They never said, ‘We need a single!’ They never cared.

MM: We always kind of bucked the trends to do what we wanted to do.

A band your career is intertwined with is Deftones. Tell me about that relationship -- how it formed, how you guys developed it.

JI: I think I met Chino when I was 19 years old. They were a band then, but they were still a local band. They were there from the beginning -- they saw Will Haven form, and were there when El Diablo came out. That was also when Around The Fur came out, and Chino came up to me and said, ‘Hey, you wanna tour together?’ They were stoked to be big enough to take out their buddies -- they were supporting everybody, they supported Kiss, Pantera, and I think they wanted to go out with their friends instead of just trying to fit in with some other band. They really opened the door for us. If we had been bigger than them at the time, we would’ve taken them out.

WM: They fought for us to go on tour with them. Touring with them got us noticed as a heavy band and not just a hardcore band. From that recognition, our touring options opened up and I think we can attribute a lot of our success to that. I don’t think tours with Soulfly, Fear Factory and Slipknot would have happened without them helping their boys out.

MM: They’ve always looked out for us. Those first full U.S. and European tours introduced us to a new audience that wouldn’t have seen us otherwise. This was before iTunes. Our stuff was in a few local record stops, but we weren’t on the radio, so playing those shows with the Deftones really got our music out there.

20 years after WHVN, with the band still going, has it become an obligation, or is it still a labor of love?

JI: We’ve never made money at this, ever, so it’s always been a labor of love. It’s always been, because we just wanted to have fun and make music with each other. Even if Deftones had never taken us out, we still would’ve done it -- just played shows around Sacramento. So many times, I thought we were done, and then we call each other up and say, ‘Hey, want to write some music together?’ It’s always been a family thing.

Watch Will Haven's new video for Winds Of Change from their latest album Muerte below:

Will Haven guitarist Jeff Irwin and the Rugby-based newbies talk about the band’s future as one of metal’s brightest new acts.

Release Of The Week: Will Haven's Muerte

PLUS! Five Finger Death Punch, HIM, Fall Out Boy, Panic! At The Disco, Matt Skiba, Waterparks, Enter Shikari and more!