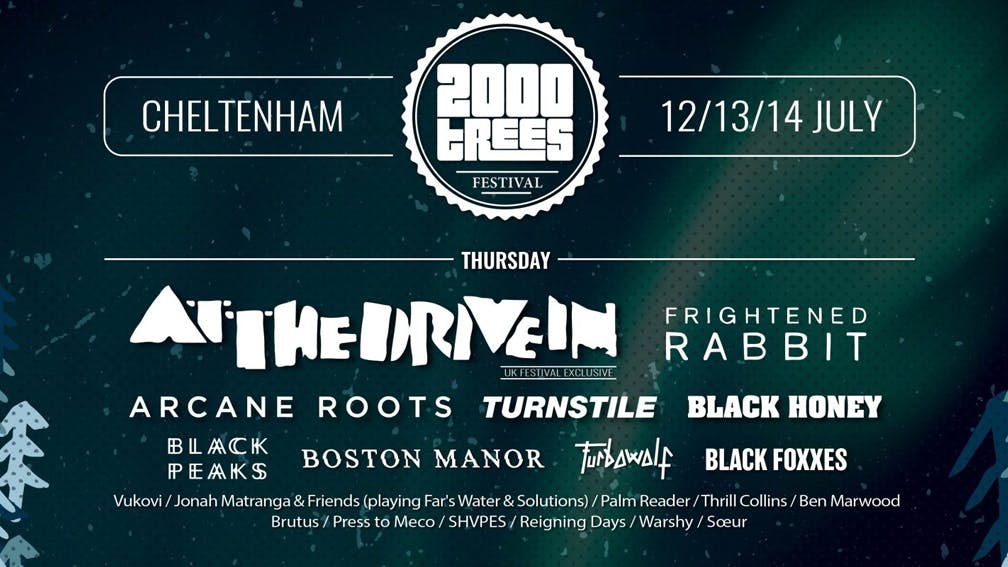 With less than two months to go now until 2000trees Festival, the sixth – and final – band announcement has been made…

"We're really happy to be coming back to play 2000trees again this year!" say Mallory Knox. "2000trees has always been one of our favourite festivals and it was one of our highlights in last year's calendar. We were really eager to come back and play this great festival when we heard there was an opportunity to do so. This is our third time playing here now but our first as a four piece, and we're excited to play some new songs we've been working alongside older tunes."

On top of that, the Forest Stage is also going to feature rising talent, with over 15 acts from BIMM playing throughout the weekend, as well as students from the University of Gloucestershire.

Festival organiser James Scarlett adds: "The Forest Sessions is one of my favourite things about the festival, so I can’t wait to see what the artists can pull out of the bag this year – particularly Enter Shikari who I know have something special planned! It’s a chance to see artists play stripped back sets out of their usual comfort zone and often produces the highlight of the festival. The Jamie Lenman covers set from 2016 is probably the best thing I’ve ever seen at Trees and Frank Carter & Hundred Reasons last year were incredible.”

2000trees takes place from July 12-14 – head on over to Twothousandtreesfestival.co.uk for more info!

Next year's 2000trees is in the works… but the festival needs your help.