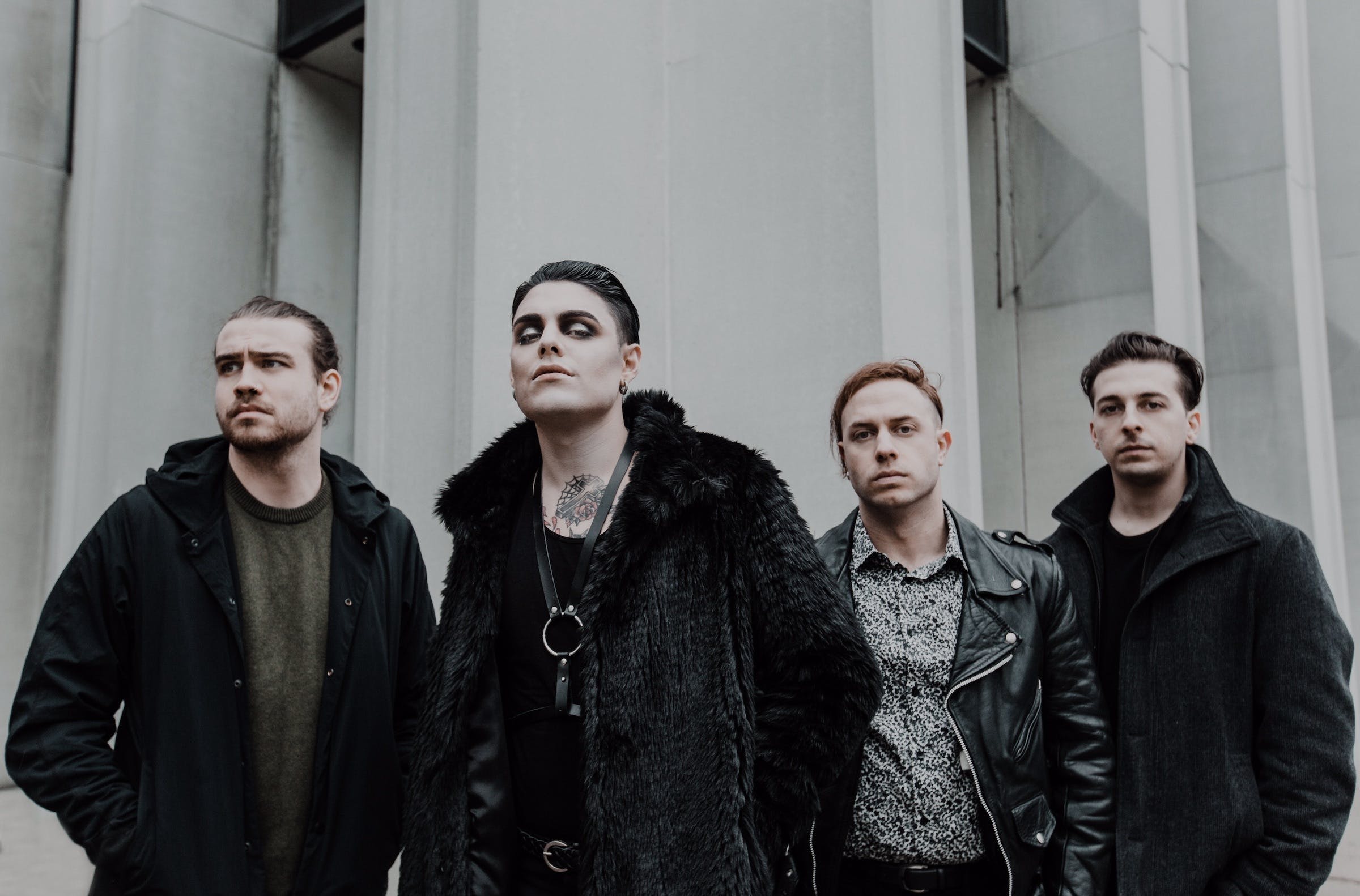 Old Wounds will always do things their own way. Four years ago, the New Jersey four-piece released The Suffering Spirit, awakening a fresh sense of fervor for the genre and its future. But after touring on the record, the band went on an unexpected hiatus full of internal strife and member changes. Then, last year, the band returned with Glow, one of the year’s most respected hardcore releases and an instant topic of conversation at all of the shows in the New Jersey area.

That Old Wounds hail from New Jersey is explanation enough for their long-game determination and drive. The Garden State’s major musical exports are highly varied, from Frank Sinatra to Bon Jovi to My Chemical Romance, but all of their songs contain running themes of staying strong, standing tall in the face of adversity, and living by your own standard. And though the state has a famously bad rap (thanks, reality TV), people not from here don’t realize that its terrain and cities are as varied as its musicians, from fancy cocktail bars to down-and-out shithole venues.

Thankfully, vocalist Kevin Iavaroni is a Jersey native with a lifetime of knowledge about his home state. When we met up with him in his hometown of Asbury Park, he gave us some inside info on the past, present, and future of the Dirty Jerz.

Growing up, Kevin experienced a level of extreme violence of NJHC that you just can’t find these days. Shows would frequently be shut down when brawls would break out, which were often started by local hardcore gangs.

“There was a lot of violence at shows for sure,” he says. “Certain individuals that wore letters and colors were always around. But growing up, I was fascinated by the violence. To me there was a romanticism about it and an excitement to not knowing what could happen at a show. I think that’s what drew me in. In this day in age it’s nowhere near as violent, but I thought it was fun. I still love going to hardcore shows, but it’s definitely not how it once was. But there’s always a good fight in me.”

The main cause of Kevin’s initial departure from Old Wounds in 2016 was the most severe Crohn’s disease flare up he had ever had in his life, which put him in agonizing pain and necessitated two surgeries. Kevin needed to write about his experiences under the knife and being plagued by an illness that will never leave him alone. “It was probably the most personal thing I’ve ever done lyrically,” he says of the record.

It was one specific moment at Jersey Shore Medical Center that inspired the album’s title and central themes.

“Right before my first surgery, there was a gentleman that was prepping me to go under anesthesia,” remembers Kevin. “He recognized me from Old Wounds. It’s a very weird time because I’m sitting on this cold metal slab in a hospital gown, my bare butt cheeks touching the metal slab. He [told my surgeon], ‘Hey! This guy sings in a really cool band! Make sure you take care of him!’ I remember laughing, and they started to put the anesthesia inside of me. I remember waking up and being on something called Dilaudid for pain – it’s basically heroin – feeling nothing, and everything was kind of hazy and melting.”

Though New Jersey is mostly associated with shitty beer and well shots, Asbury Park’s own Pascal & Sabine is a high-end cocktail bar where you can enjoy as fancy a drink as any you’d find in the big apple. The fact that your bartender might be Old Wounds’ own Matt Guyre may surprise anyone who’s ever heard the band’s scathing hardcore, but Kevin assures us that although they’re rough around the edges, he and the other guys in the band are old-school gentlemen.

“I started drinking gin and tonics because that’s what my grandfather drinks,” he says. “Hands down, he’s my idol. He’s a very proper gentleman. They don’t make men like him anymore. He thinks it’s cool that I go on tour, but he’s never listened to us. I don’t think I’d want him to. It’s not Frank Sinatra, so he wouldn’t understand it.”

Kevin’s medical issues weren’t the only reason he left Old Wounds in 2016 – the other was that he wanted to pursue a career as a barber. He attended the Capri Institute in Brick, New Jersey in pursuit of that goal. He wasn’t the only hardcore dude involved – in his class was also Jay Pepito, current bassist of END (ex-Reign Supreme, Blacklisted).

“Old Wounds played with Reign Supreme once in Trenton very early on,” Kevin says. “Me and Jay reconnected in school. He was a senior when I first started, but we would hang out and just listen to Earth Crisis in his car on break. END played the last ever Vanna show that we played, too.”

Both musicians currently hold jobs as professional barbers while they continue to work on their music – a fact made clear by their suave-as-hell haircuts.

According to Kevin, the most notorious heavy music venue in the local Jersey scene, however, is the Meatlocker in Montclair. Virtually everyone in the hardcore community has a love/hate relationship with the place, but it nonetheless remains a sticky, foul-smelling pillar of the state’s metal and hardcore community.

“Awful place,” Kevin says bluntly. “One of the first times I played there was one of the first hardcore bands I was doing. [The venue] has these pipes that hang super low. Now they have signs that say, ‘Please Do Not Hang From the Pipes.’ At the time, those signs weren’t there. I was punching the pipes, hanging on them, swinging from them. Little did I know that they were functioning pipes that plumbing would go through. So it would’ve been a terrible time for everyone involved if one of those pipes burst. But the Meatlocker is a total punk rock venue. We’ve had our fair share of fun times there, good and bad. Just don’t ever sit on the couches.”

Old Wounds’ Glow is out now on Good Fight Music. Purchase it here.