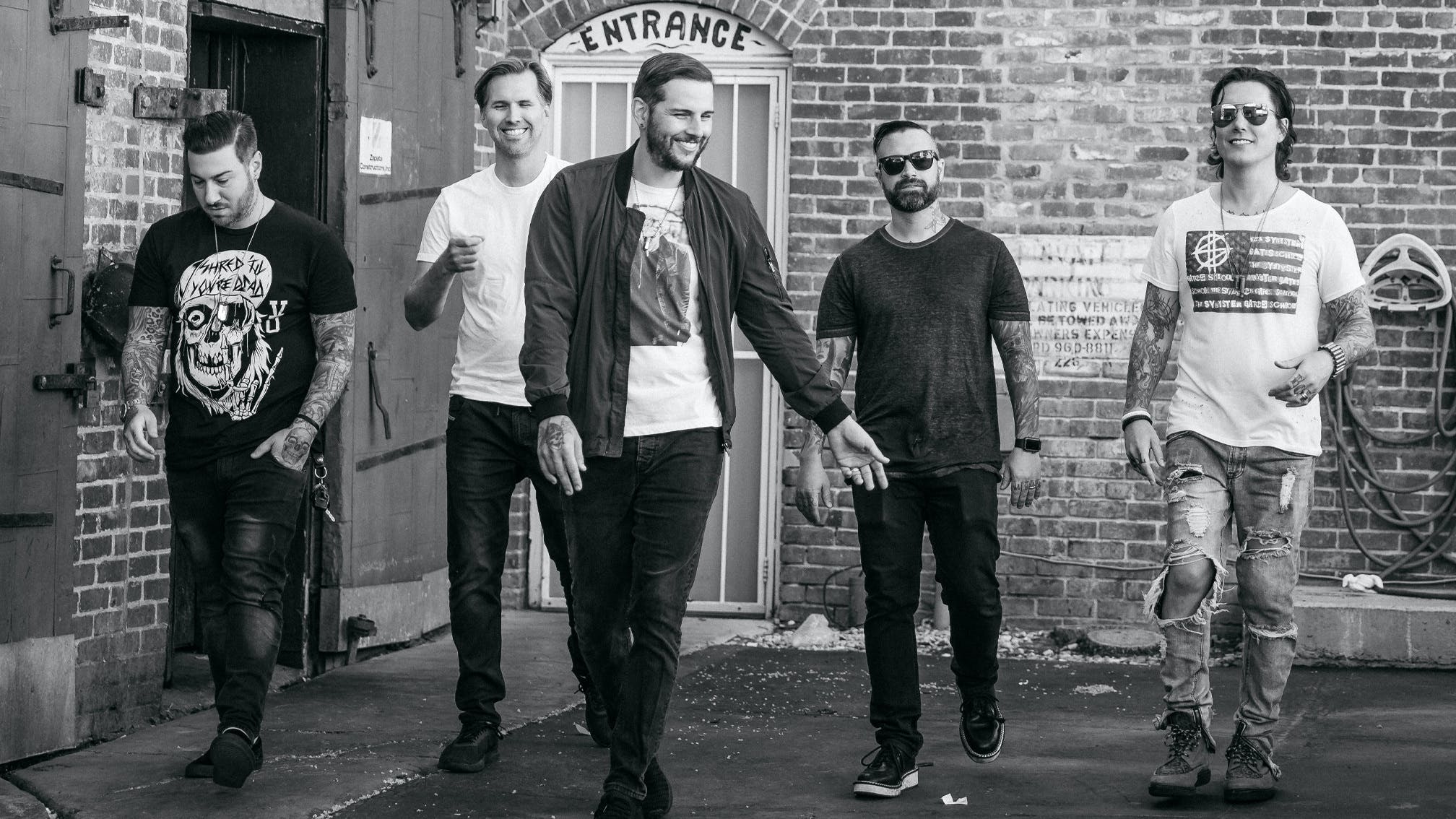 It’s been a long, loooong wait for a new Avenged Sevenfold record, but as of February 2021, the Huntington Beach titans are about “70 per cent” done with it. And while M. Shadows stressed to Kerrang last December that we won’t be hearing it properly until touring is back, the band recently teased a tiny snippet of new music from the studio, while the frontman also told K! of the musical focus this time around: “It’s a completely new direction, and it sounds nothing like anything we’ve done.”

It’s certainly not much to go on yet, but we’re just gonna go ahead and start putting together our new album wishlist anyway, because why the hell not? Here, then, is everything we want from Avenged Sevenfold’s next full-length…

An album as musically ambitious as The Stage

A7X have never been a band to scrimp on grand ideas, so why stop now? And we want ’em firing on all cylinders here: let’s really let drummer Brooks Wackerman loose behind the kit, and have guitarists Synyster Gates and Zacky Vengeance conjuring up their most outrageous riffs and solos. Oh, and throw in some string sections, an orchestra… the lot. Basically, we want exactly what M. Shadows hinted last year: “It’s over the top,” he enthused of the music they were working on, “and it’s very eclectic and wild!” Here. For. It.

A couple of throwback-style bangers

The band’s metalcore roots are far behind them now, but a nod or two to those days would be very welcome (we’re thinking something like Unholy Confessions, Second Heartbeat, Chapter Four… you know the deal). M. Shadows’ voice has been through the wringer since, but after vocal surgery things seem to be on the mend – and even more so with coronavirus giving him plenty of time to recover. “Having this extra year has actually been really beneficial,” he told K! in December. “I was and still am singing about six hours a day; I do two hours in the morning, two in the day and then two at night, so that’s a lot of singing. I’ve been really trying to hone in on making sure I don’t fall into old habits to protect my voice.” If he can bring back those early screams in way which is safe to do so, we’ll take it.

Songs addressing the crazy state of the world

While The Stage tackled everything from space exploration to artificial intelligence, lots has happened much closer to home since 2016. M. Shadows was vocal in his support for Black Lives Matter in 2020, and shared his frustrations in December about people thinking that Avenged are a right-wing band (“We’re not, and that would drive me nuts under my skin…” he admitted). He seems optimistic about the future, though, and it would be awesome to hear these thoughts in his lyrics.

“As a planet we have so much to work on, and there’s debates on all of this stuff but the reality is we have to work on everything together – from globalism to poverty to global warming,” he said. “These are world problems that we have to work out. I’m happy that as a country we’re going to be there soon I hope, and we’ll see what happens. We all have to do our part, and in America it’s just so divided right now: you can’t even talk to anyone about anything. There’s a political divide that’s just insane, you know? Like, ‘Oh, you’re wearing a mask? You’re a sheep.’ ‘Oh, you’re doing this? You’re that.’ It’s crazy. It’s a difficult time, for sure, but hopefully we can pull together. I feel good – I’m a hopeful person, I guess!”

A lead single that completely catches everyone off guard

Just like The Stage’s lead single and title-track – the GRAMMY-nominated eight-minute-plus prog-metal odyssey – we’d love A7X to continue their career-long theme of not worrying about ‘radio’ singles, instead trusting that fans will jump onboard whatever progressively-minded, out-there ideas that the band can conjure up. It was a track that truly did set the stage (pun intended) for what was to come… so we’d love more of the same, please.

Another guest spot from a legendary astrophysicist

Okay, this might not be the most plausible thing ever, but imagine if Avenged recruited another genius for a cameo on this album, too. Neil deGrasse Tyson set the bar high on the epic Exist, with M. Shadows telling Billboard of their surprising collaboration: “I had the idea one night while we were on tour to write a song based around The Big Bang, a heavy metal version of that, and that’s what came when we wrote the song. And, at the end of the song, we wanted to put a little cherry on the top. So we reached out to Neil deGrasse Tyson’s people, and he called us back, and he’d always claimed he was willing to do things as long as it involved education. So we kind of pitched it to him as we wanted to educate our fans; maybe they’ll want to go out and learn more about this stuff. And he actually hit us back and gave me a call and he was in.

“He wrote that essay for us, and it’s very interesting. I don’t think there are very many astrophysicists on heavy metal records these days… or ever.” Well, it clearly worked out the first time – so how about a repeat?!

This one is still a while off yet, but there’s no doubt that the band will be crafting a stage set-up to perfectly match the concepts contained within the new album. Remember The Stage tour’s huge floating spaceman and trippy video screens? We want that, but, like, times a thousand. Deathbats everywhere, fireworks, pyro, CO2 cannons… nothing is considered ‘too much’ when it comes to the live show as far as we’re concerned. (That being said, we’d take absolutely anything at the moment – so if you can’t be bothered with the production thing and it’ll mean we can get an Avenged tour sooner, that’s totally fine guys.)

Avenged took the approach of dropping their latest record out of nowhere, challenging rock and metal’s outdated release formula. And you wouldn’t put it past them to take an equally fresh look at things this time around, too. “If people tell you that the music industry is in a healthy spot then they’re just lying,” M. Shadows told Kerrang! in 2016, discussing The Stage’s surprise release. “It’s not. There’s streaming, and there’s torrents, and there’s very little physical sales, so there’s very little money going back to the artist or the labels to do these things. So, I think when people are trying to figure out new ways, I think it’s great for artists to sit there and go, ‘Well, we’re gonna do it this way, and if it works then cool. But if it doesn’t, that’s fine.’ But people have to try things, and we’re hoping that this encourages people to try things.”