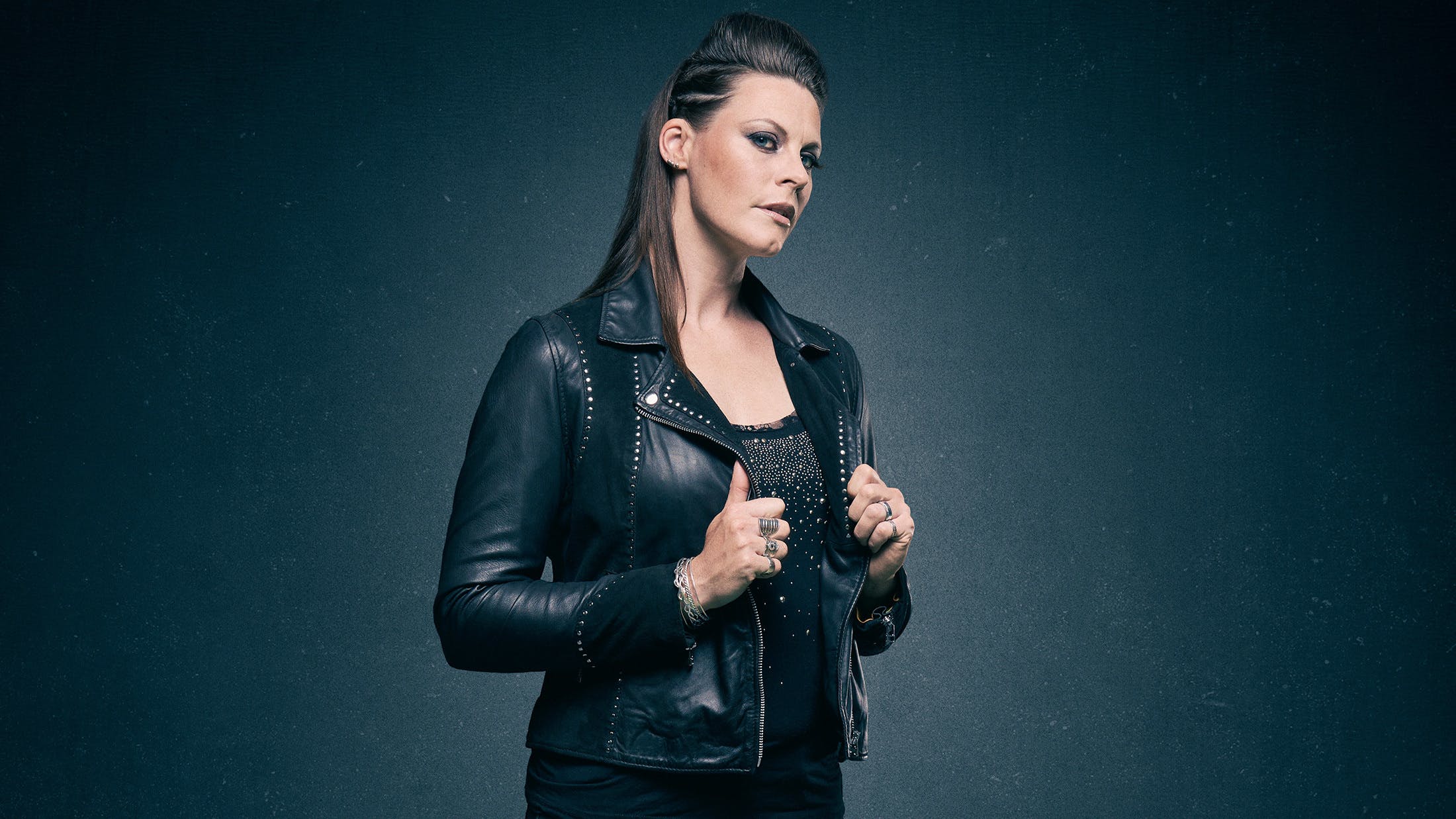 Nightwish's Floor Jansen loves trying to protect the universe – one diaper at a time...

“My uncle had horses when I was a kid and promised that one day I could have one. Eventually it happened, but my parents said no. I was heartbroken, but to make it up to me I was allowed to take lessons at a riding school. I live in Sweden now and have taken up riding again – I’ve started an approach called natural horsemanship, which involves a more communicative approach with the horse, rather than just kicking and pulling and so on.”

“I have always carried with me a need to protect the planet – we use washable, reusable diapers [for baby daughter Freja] and also try to preserve water. We recycle all that we can, and I try to grow my own vegetables if time allows – although a hare once stole my cabbage (laughs)!”

My Clothes Need To Be Tailor-Made

“I am just over six-feet tall, and while I am not a giant I don’t really fit into regular clothing. For the stage I need to have entire outfits made specifically for me so I can be sure that everything is… shall we say… sitting in the right place. It’s expensive – but very important.”

My Piano Is Very Well-Travelled

“I bought a piano in 2003, and so far it has moved with me eight times. Moving a piano is not the easiest thing to do, but we’ve now found paradise on earth so hopefully it has a permanent base. I’m Dutch but joined a Finnish band, made an album with a Norwegian and married a Swede – I’ve certainly moved a lot!”

“It feels like I spent most of my childhood underwater. I’ve always been a water girl, and a love of swimming seems to have been in my blood from day one. Swimming in the lakes out here in Sweden is one of life’s pleasures.”

I Love My Jeep

“It might not seem to fit the picture of someone like me who tries to be ecological. Living in the countryside we really needed a 4x4, but to be honest it’s something I’ve wanted since I was a kid. I used to drive a Honda Civic and had other safe, boring cars, but this time I decided to have something kick-ass.”

My Biggest Regret Is Reading Too Much Shit On Social Media

“It’s called social media but it has nothing to do with being social. Imagine if the people stirring shit online were forced to say that to someone’s face. It would never happen; it would cause complete chaos. I hope this is all part of the civilisation process and that eventually we learn to be as respectful online as we are face to face.”