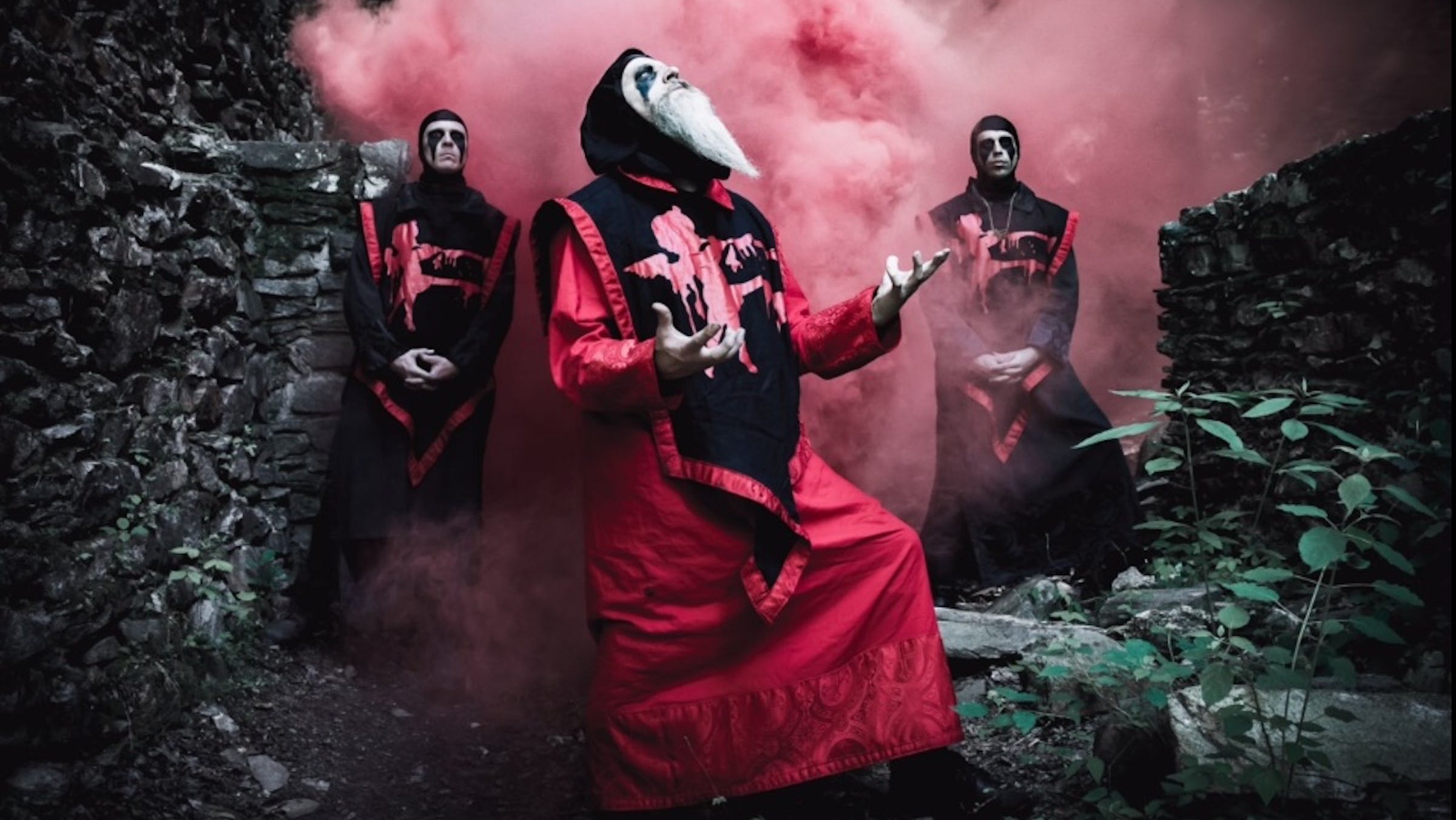 "Turned on by someone who is dirty and decayed," says Paul of his #1 perverse sexual fetish. Though the obvious implication made by this description might be necrophilia, the singer and drummer is quick to point out that he's more inclined towards the soiling of clothing than actual human flesh: "Could also include a dirty shirt, panties or a towel. We prefer all three." Somehow, the towel is the worst.

He also goes on to give us some sage advice for how to maximize one's menophilic pleasure: "This is best if you save your load for a week or more. Basal body temperature 97.5."

That said, Ledney is quick to point out that the whispered eroticisms most people use in the bedroom are child's play for his band. "Most people, believe it or not already do this. But Profanatica are true wordsmiths, and take this to the next level, which is a huge turn-on to all women."

Unsurprisingly, Paul shares one fetish with an infamous serial murderer: Elizabeth Bathory, the infamous 'blood countess' known for murdering virgins and bathing in their blood to keep her immortal.

That said, for Paul, it's not about living forever -- just about the fear and disgust that go with some solid auto-haemofetishism. "The art of bleeding oneself all over your partner, normally accompanied by a face of true horror."

"Roman shower," says Paul. It's an outdated term, but vivid enough if you know your ancient Roman dinner etiquette: emetophilia is the love of vomit.

While this may sound disgusting at first, it helps to think of the sheer amount of gagging and spitting that exists in modern adult entertainment, which is perhaps why Paul sees emetophilia as such a social fetish.

"This is a real crowd pleaser," he tells us. "Mostly occurs during oral."

"Turned on by a mannequin," says Paul. "Although this is not one of our favorite things, for some strange reason this came into play in 1992 during two sessions."

Ah, the '90s. However, though Paul is a professed pervert, he's not alone in his love of shopping mall statuary. Rapper iLOVEMAKONNEN has an affinity for mannequin heads -- he's even given his two most beloved ones names -- while Eminem has multiple references to nude mannequins on his album Relapse.

"Emerging genitals in liquid," says Paul. Though water and bodily fluids are the obvious liquids that come to mind for some light submergence play, it should be noted when one looks the fetish up online, specific substances like honey and vinegar are mentioned.

Paul also takes a moment to note, "This was also present during one of the sessions with the mannequin."

As any goth, sadist, or goth sadist can tell you, weeping isn't always a bad thing -- and sometimes, it's sexy as hell. "Tears or crying during sex for whatever reason," is how Paul lists this fetish. One assumes he has a lovely time whenever a major band cancels their international tour.

Commonly known as adult nursing, Paul describes lactophilia in its basest form: "Being turned on by breastmilk." Given how most of his band's mother imagery involves the Madonna, it's obvious that for Profanatica, the most important form of lactophilia exists between a savior of all men and his mom.

In Paul's mind, the practice is an instant turn-on -- or as he puts it, "This, I certainly can get behind."