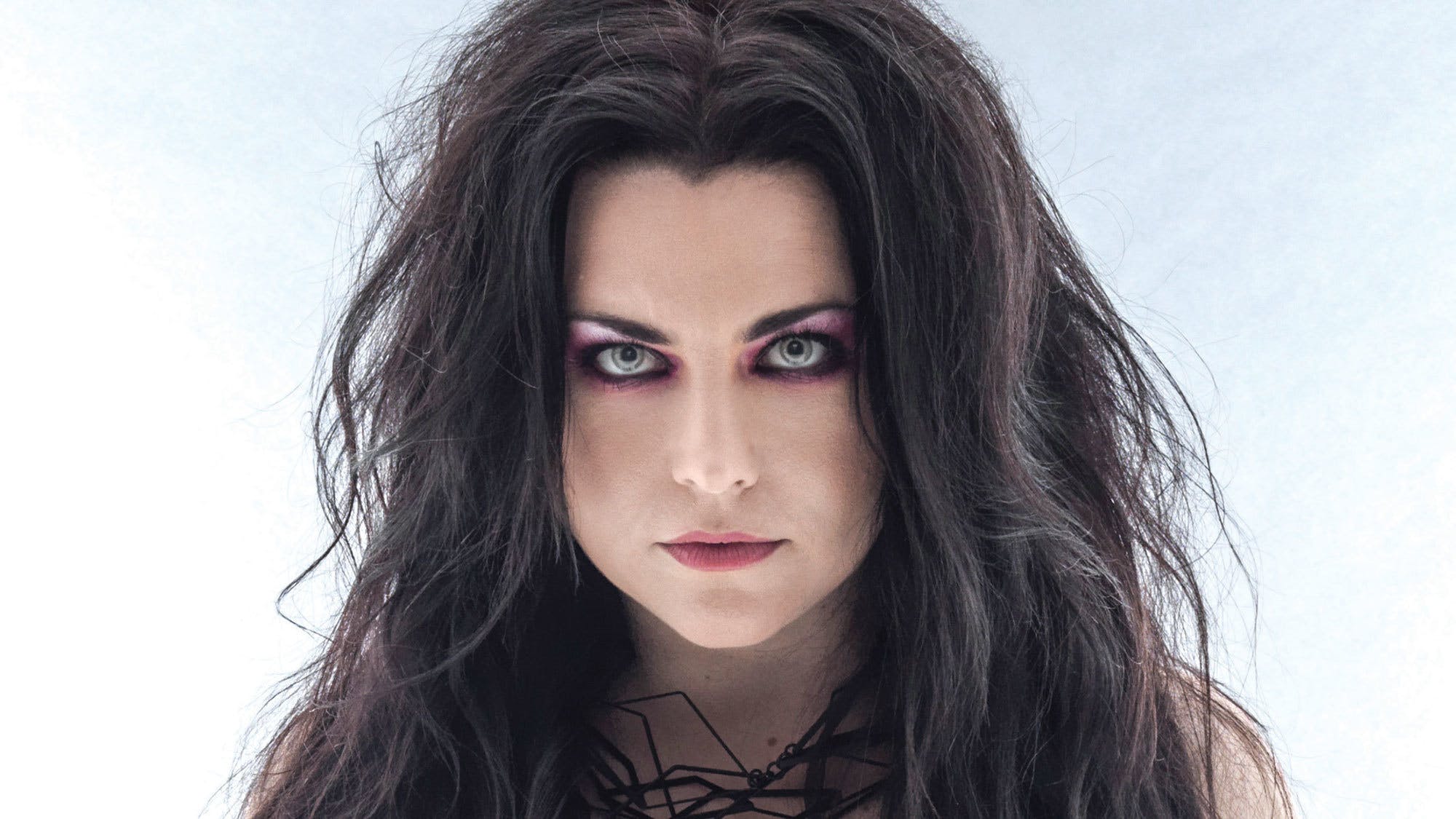 To coincide with the release of their cover of The Chain by Fleetwood Mac for Gears Of War 5, Evanescence's Amy Lee took part in a Reddit AMA and answered a whole bunch of brilliant fan questions.

From that new Evanescence album, to who she'd most like to share a stage with and if pineapple on pizza is a 'yes' or 'no', Amy took the time to write out some fantastically detailed responses for the band's loyal followers, letting the world in on her life right now. So naturally we decided to pick out some of our personal favourite questions and answers…

1. On the new Evanescence album…

"Well, I listen to our new music every day. I'm absolutely living in it. This is always the case for me, really, but I'm in the center of the zone right now, watching the picture take shape and swimming inside every new piece as it appears. I can't wait for you to hear it. It's dark and heavy. Its also got moments of weird and sparse. Little bit of everything. Definitely some Open Door vibes but not the same."

2. On the hardest song to sing live…

"Hardest to sing live: The End of the Dream, Sweet Sacrifice, The Change, Sick, Never Go Back…"

3. On approaching a cover song, and how the band make it unique to them…

"For me, a cover has to be really different from the original. There has to be a new thought, new idea, new perspective. Otherwise, I'd rather just go listen to the original. So a cover idea for me usually comes out of loving a song, and having a desire to hear it differently. I've referenced this a lot but one of my favorite covers that taught me that idea is Tori Amos doing Smells Like Teen Spirit. In a new light, after Kurt's tragic death, hearing those words sung back in full, clearly and slowed down, with a new voice of loss- changes the whole feeling of the song from angst, rage,even fun- to incredibly heartbreaking. Hearing it back that way makes you zoom in on what he was saying in a totally different way. This is what drew me to this song. When I heard what Bobby Tahouri had started, the feel was so vastly different from the original, it was like a new song. Dark, vibey as hell, instantly I was drawn in. And right away I imagined the full band coming in and throwing down our current sound on that idea. Once we got the go ahead to do whatever we wanted, we just made it our own. We all jammed out in a room together and created an arrangement, then we started recording, and building and building and building till we were all satisfied. It was a blast!"

4. On writing lyrics to music, or doing it separately…

"You know, there is no 'always' rule about that. It can happen any way. Most times I come up with melodies and musical ideas without words first, then start stream of consciousness blah blah stuff that sounds something like (remember that Jodi Foster movie Nell?) that. Then the real lyrics come later, often times I get the first clue about what I want to say from the stream of consciousness stuff, actually."

5. On being a parent, and how it's changed Amy's approach to music…

"I was just doing an interview yesterday saying how being a mom of a young child has forced me to multitask, and I realize its actually great. I used to be so hyper-focused on only one thing at a time, and hated breaking from the one thing or letting myself do anything else till it was done, that it drove me crazy. Now that I have to do multiple things at once so much, split my brain to get to it all, actually, I think its making me more inspired and productive. I don't have to finish one song before I let myself start another idea. I don't have to only do the album right now, we are also touring and recording covers and doing collabs. Because of that, it gives me a fresh perspective every time I come back to each unfinished project and makes me have new ideas, without feeling stuck, frustrated, or bored."

6. On pizza with pineapple as a topping…

"I like it! Gotta have some fresh jalapeños on there too though to balance out that sweetness… I like my spice level on 11. Make it habanero, dammit."

7. On the song Imaginary appearing in updated forms on Origin, Fallen, and Synthesis…

"I just love Imaginary. Its one of our earliest songs and also one that has total staying power for me. I feel like that song was one of the first true stakes in the ground of what our sound was and what I wanted us to be when I was a kid dreaming. It's never left the set, and it'll always make the cut when it comes down to it because its such a good core sum up for me of our roots."

8. On the band Amy most wants to share the stage with…

9. On making a duet with Within Temptation's Sharon den Adel on the World Collide tour…

"Sharon and I haven't had that conversation yet but, I'd love to."

Catch Evanescence and Within Temptation on the Worlds Collide tour at the following dates:

Pick up your tickets right here.

Amy Lee and Within Temptation's Sharon den Adel excitedly revealed all to Kerrang! about the Worlds Collide tour, agreeing that both bands complement each other extremely well.

"We feel like we have our two separate worlds, separate lives across the ocean, but in a lot of ways there are some major similarities," considered Amy. "And to be able to bring these two worlds together for the first time just seems like a perfect match for both of us. Obviously there are differences, but you want that. You want contrast in the show but it’s cool to be able to see the similarities and embrace those, too.”

Sharon added that fans have been requesting both bands to tour together for quite some time.

“Of course, but that often happens with bands who have that overlap in fans," she said. "They always ask to do something together but maybe they don’t think it would ever come true. It’s a special one. In the past I remember a lot of my friends getting very excited when Megadeth and Metallica did that tour together many years ago. I remember everyone was very hyped up to see two of their favourite bands together, and it’s a similar sort of thing.”