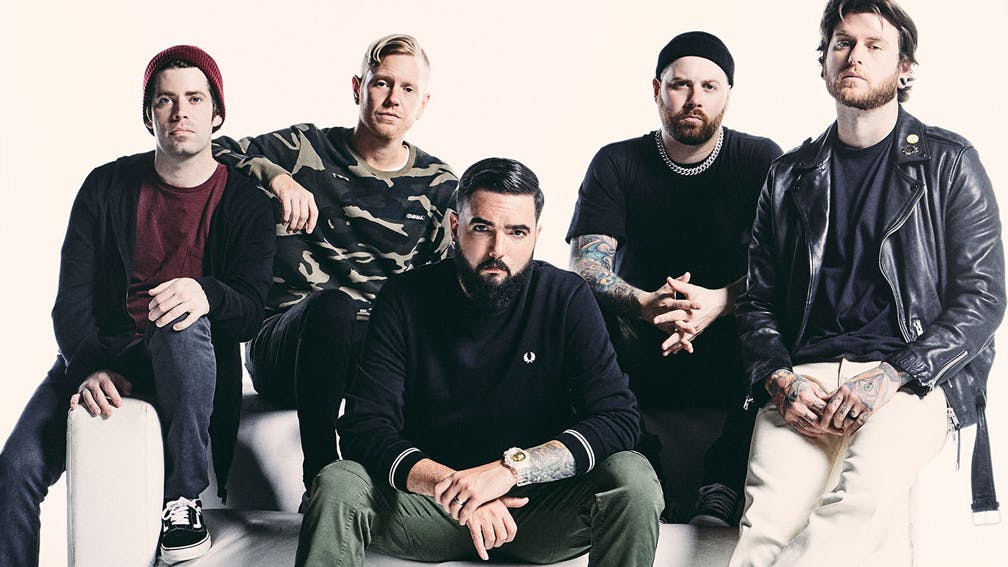 Earlier this year, metalcore game-changers A Day To Remember announced You're Welcome, their much-anticipated new record, which was supposed to come out on November 15. However, the band have now released a statement saying that the album will in fact not be seeing the light of day until early 2020.

“A couple months back we announced we’d be releasing our album Nov 15th," wrote the band in their public statement. "It’s taken a little longer than expected and we just aren’t done with it yet. So we are moving this to early 2020.

"Rest assured there’s a lot of new music coming out very soon and we can’t wait to share it with you. Thanks for supporting us all these years and see you out there on The Degenerates Tour!”

You're Welcome has been a record that A Day To Remember have taken their time with, and on which the band have let their creativity flow organically. Even the album's title, seemingly a little snotty and in your face, has a more casual story behind its inception.

READ THIS: Why A Day To Remember's new album is their most creative yet

“I needed a hoodie for a show,” explained frontman Jeremy McKinnon in an interview with Kerrang!. “It was our first show back from this massive time that we took off. Me and my wife had our first kid, the band was cool, and we pretty much took the whole year off to just be home, so I could be a part of that first year and help out. In the downtime, whenever I could, I’d be writing. So that’s really why we’ve been gone for so long. But for the first show back, I put on this outfit and was like, ‘Oooh, I need a white hoodie with this.’ So I went to the store and bought a white hoodie, and it said in red, ‘You’re Welcome’, and the colour matched my shoes that I was wearing, and I was like, ‘Oh, this is perfect!’

“There was a photo that was taken of me at this festival that we’d played in Mexico where I’m singing, and I pull my hoodie and it says, ‘You’re Welcome,'" continued Jeremy. "I got tagged in the photo the next day, and the first comment said, ‘Calling it now: the new A Day To Remember album is called You’re Welcome!’ And because I read it online, completely unguarded, it kind of hit me like I was told the A Day To Remember record name for the first time. I sat there, and it kind of had me stunned (laughs). I was like, ‘I think I fucking love that.’ So it was named by a fan.”

A Day To Remember are currently wrapping up their Degenerates tour with Beartooth and I Prevail, so calm the itch for now atone of the following live dates:

READ THIS: A Day To Remember's Jeremy McKinnon: "This is the happiest record we've written in a minute -- or ever"