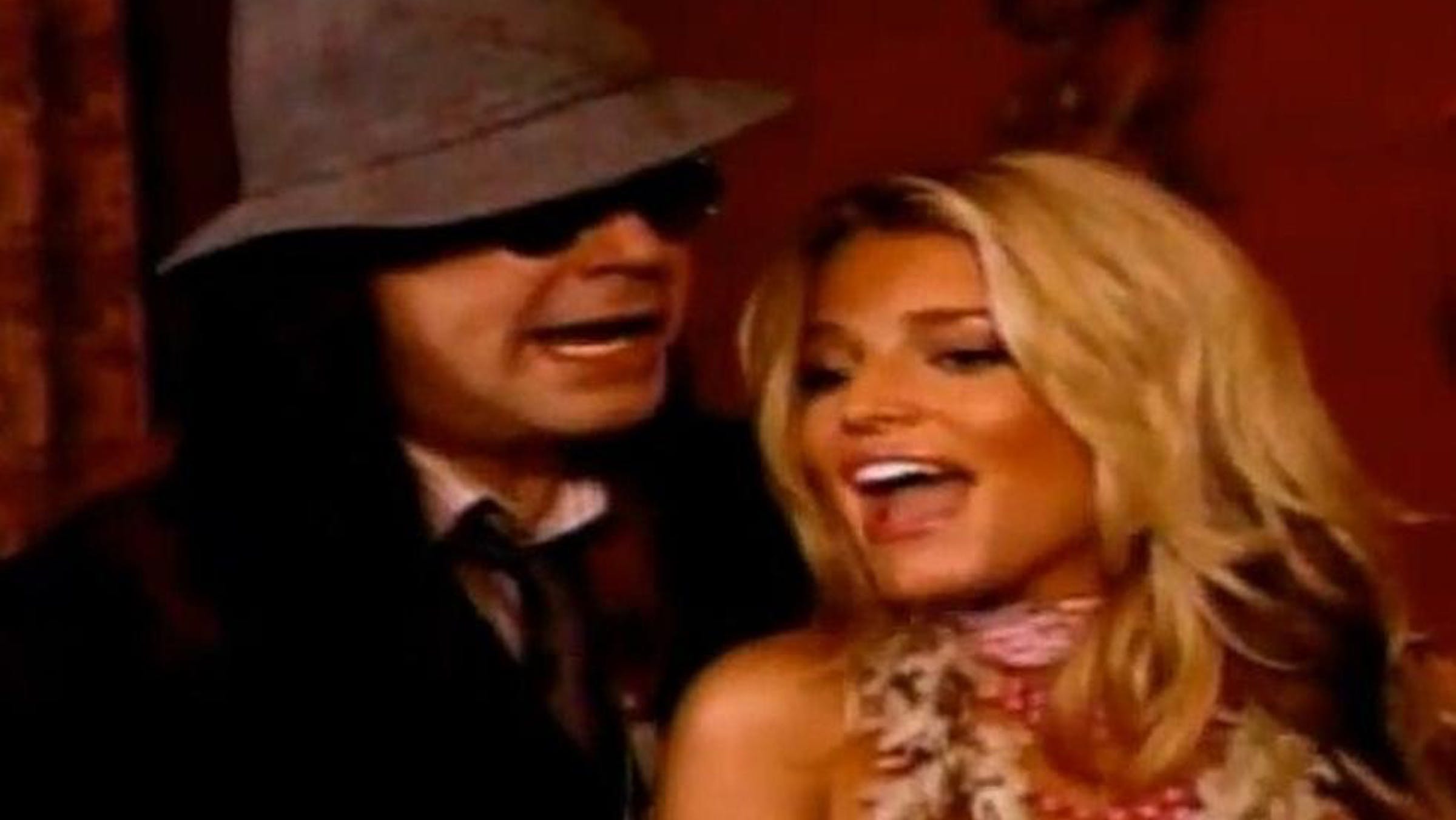 'Tis the season, and what better way to celebrate than by watching a team-up that makes no sense at all, a completely baffling version of a holiday classic that looks like it was filmed almost in real-time using a camera made out of twigs?

Taken from 2003’s The Osbourne Family Christmas Special, a variety one-off from Ozzy’s reality-TV days – also featuring appearances from Britney Spears, Rob Zombie, Mike Myers and Brendan Fraser – it pairs Ozzy Osbourne with pop princess Jessica Simpson for a cover of Winter Wonderland. It’s a song that’s been covered over 200 times by some of the greatest singers in the world. Spoiler: this is probably the 200th best version. Ozzy deserves better than this.

It’s not an easy ride, but let’s dive in anyway!

Fucking hell, Ozzy sounds like full shit. Ozzy Osbourne has a fantastic, iconic voice, filled with passion and drama and energy, and is one of the rock world’s greatest ever performers, but from the first line, it’s clear this is not going to be one of his standout performances. The Lord of Darkness has never sounded quite so flat. It’s like someone accidentally bought the wrong software, AutoOutOfTune. And he’s inexplicably dressed as Tommy Wiseau starring in a film about the Invisible Man opening a detective agency.

Look, it’s Jessica Simpson! Jessica Simpson has a really good voice, perfectly suited to this kind of slightly schmaltzy Americana, and then in comes Ozzy mooing over it like some sort of novelty act cow. This was a weird time for Ozzy, the reality-TV era. The show The Osbournes made everyone involved in it an absolute fortune, but arguably did him more harm than good. He was juggling two identities – the bumbling sitcom dad and the global metal superstar – and there was something very strange about the whole thing. Whether playing genuine substance abuse issues for laughs, building blooper-reel moments from Parkinsonian tremors or creating family rifts for entertainment value, it was an enormously successful show but maybe not a good one.

Like a great many music videos, there’s a massive inconsistency in how warm people of different genders are dressed. Ozzy is dressed for a chilly day, while SImpson is in a wee slip of a thing. It’s almost like the whole entertainment industry is massively sexist or something!

Ozzy is 55 at this point. Simpson is 23. The rubbing-up-against-him thing is a bit, er, enormously uncomfortable.

We might be reading too much into this, but Ozzy does a little nod at this point that very much makes it look like they had to film this bit again because he kept singing after he was meant to stop. If you watch closely, it looks like he’s acknowledging someone off camera signalling him to shut the fuck up.

In a no-expense-spared sequence that might be a dream or might be a flashback or night be happening in real time, they’re mirroring the lyrics exactly by building a snowman in a meadow.

….Aaaaand he’s made a dick. Because of course he has. Ozzy Osbourne giving a snowman a carrot dick should by all rights be hilarious, but somehow isn’t. Whether it’s the way it doesn’t go in properly at once – just film it again, everyone, please, it’s going on television, at least try to make it non-shit – or the extremely convincing horror on Simpson’s face, it’s just a bit uncomfortable, a feeling not helped by Ozzy’s unsteadiness as he nearly falls over nodding.

He might have the best manic grin in all of rock, but he’s not amazing at hanging Christmas decorations, is he? Six full seconds, that took. Just film it again. Have some standards. The ornament is a nice nod to Ozzy’s ever-present crucifix, of course, but if playing with festive versions of iconic elements of the Godfather of Heavy Metal, showing his OZZY knuckle tattoo modified to say XMAS would have totally been better, and only required a Sharpie.

Jessica SImpson drifts away here to reveal that it’s Tony motherfucking Iommi on piano, and the video cuts away as soon as you see him. Everyone involved in this whole fucking thing deserves so much better.

The idea of chivalry is an outdated and often problematic one, but there’s still something that feels slightly ungentlemanly about Ozzy sitting on a sled on extremely flat ground for Jessica Simpson – all 85lbs of her – to drag along. But then there’s also something distressing about a quite frail man falling arse over tit. It’s all been kind of misjudged.

The potatoesque quality of the video makes it unclear, but is that black bit, like, the studio beyond the backdrop? Is it that shoddily done that they’re quite happy to show the big room they’re pretending is outdoors? If so, it makes everything that just happened even worse – dragging a dude on a sled through fake snow is likely to be harder than doing it through real stuff, and Ozzy just fell on his neck on a concrete floor.

As soon as Ozzy and Simpson embrace, up pops Sharon Osbourne, Ozzy’s wife and manager. That’s married people Spidey-Sense, an internal alarm that goes off whenever your partner embraces a 23-year-old.

Ozzy has somehow turned about six seconds of what would usually be a multi-note melody into one long-ass, iron-flat noise. Bing Crosby is rolling in his grave.

There isn’t anything in that cup, Oz. Also the mug is of minimal significance, but treated as though it’s important by the camera. This whole thing is so infuriatingly goddamn slapdash.

The “Oh yeah” bit is the only second in the whole video where it looks like anyone’s having any genuine fun, and there’s a brief micro-grimace after it.

Someone has just told the director who Tony Iommi is, and after cutting away or framing him out, they’re finally showing him properly, a minute and 52 seconds into a two-minute, seven-second video. Ridiculous.

Fans of carrot dick humour will be sad to see that the snowman’s nose has been restored.

“That’s the fucking one, man!” says Ozzy, as though they’d done loads of run-throughs and completely nailed it. There was a maximum of two goes, surely? It’s terrible. Ozzy Osbourne, Tony Iommi and Jessica Simpson are all better than this clumsy garbage. God bless us, every one!