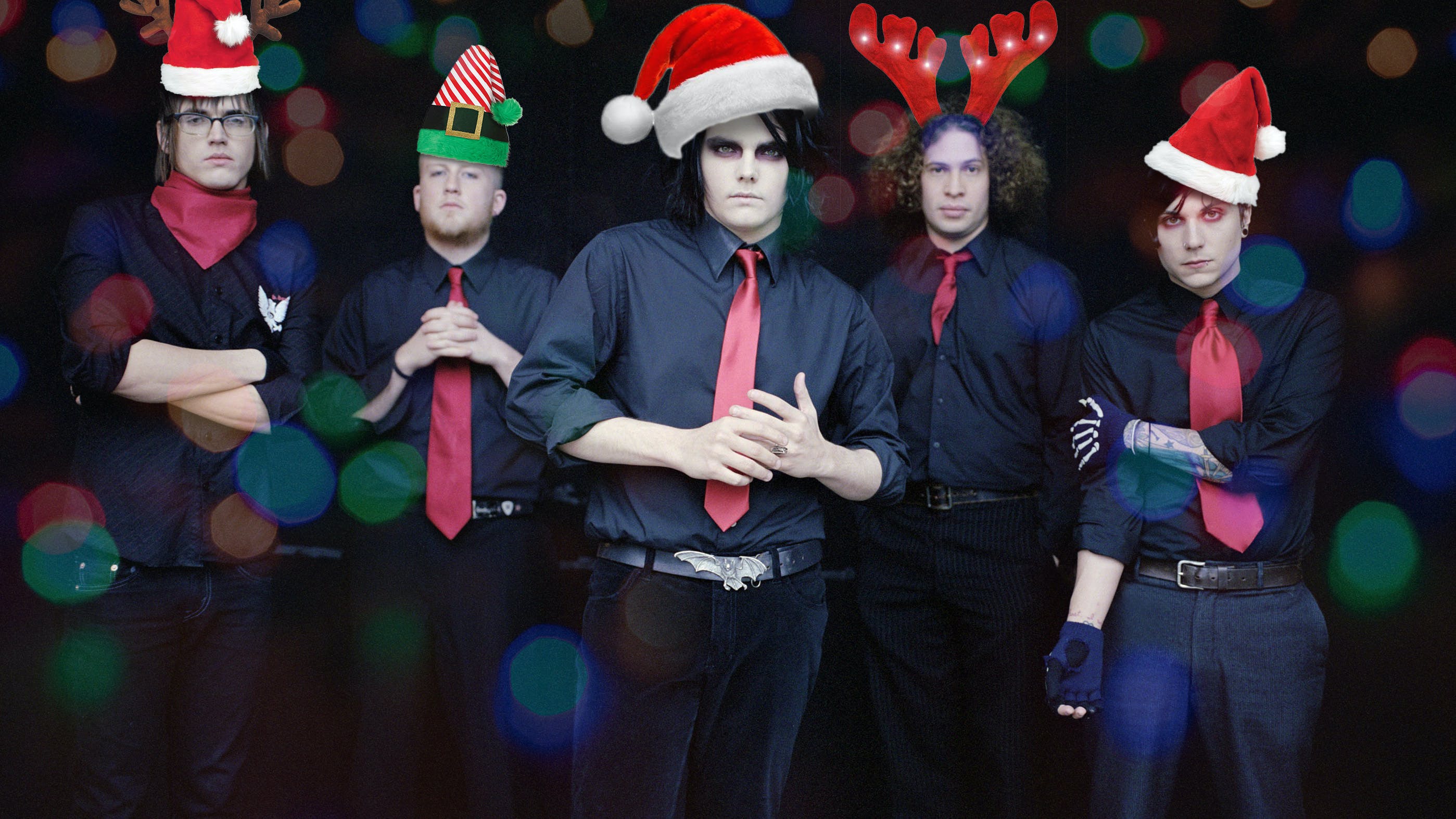 Maybe you’ve already heard Fall Out Boy’s Yule Shoot Your Eye Out or My Chemical Romance’s cover of All I Want For Christmas Is You. Maybe, feeling a little sombre around mid-December as the nights roll in, you have a small cry to the Bright Eyes Christmas album. But what’s perhaps less commonly known is that basically every emo or pop-punk band has quietly dipped their toe in the Christmas song pool: Jimmy Eat World, New Found Glory, Bowling For Soup, even From First To Last. And the most important question is: why? Why are the most ostensibly depressing, most self-centered genres so preoccupied with covering themes of holiday cheer in a tradition more often reserved for only the most sincere of popstars? But before we answer that question, there are a few other things to cover.

For one, there isn’t just one type of emo Christmas song. Firstly, there’s the straight covers, which make some sense. It’s easy to take a song and cover it in your own, 'alternative' style – and it’s this type that maybe makes the most sense: covering other people’s songs in a semi-ironic tone is an emo and pop-punk tradition. See Punk Goes Crunk, which is full of hip-hop covers by pop-punk bands, or Punk Goes Pop. Pop-punk loves to mock other genres, and while this might not be the motivation behind every Christmas cover, it definitely plays a role.

The other type is perhaps more sincere: bands writing their own Christmas songs. This is where we get some of the best: Fall Out Boy’s Yule Shoot Your Eye Out is, naturally, a vengeful and cruel twist on a holiday song. The Used’s Alone This Holiday is a break-up song exploring the loneliness that comes hand in hand with a season oriented around family and love. Good Charlotte’s Christmas By The Phone, which is about their dad leaving them on Christmas Eve, also explores the disappointment and loneliness of the season. New Found Glory’s Nothing For Christmas is a slightly sweeter original song, while blink-182’s Happy Holidays, You Bastard and I Won’t Be Home For Christmas are a more, well, blink-182 take on Christmas cheer. Most original emo or pop-punk Christmas songs aren’t the most cheerful, but perhaps that’s just why they exist: not to be ironic or mocking about Christmas music or the season generally, but an attempt to tackle some of the lonelier emotions that come with such a relentlessly cheery time of year. Of course, that isn’t to say that mainstream Christmas music never has a sadder edge, but with lyrics like, 'All I want this year is for you to dedicate your last breath to me,' emo Christmas songs are just a little more visceral and on the nose.

In fact, you name the emo or pop-punk band, and I can pretty much guarantee you they’ve had a go at a slightly depressing twist on Christmas music. There’s any number of reasons why: perhaps because Christmas music tends to be so cloying, it’s instinctive to make it more realistic. As far as miserable Christmas music goes, the mainstream only really has Fairytale Of New York. Christmas is a time of year rife with tension, with loneliness, with realising just how few people you have in the world (and just how little you get on with the people you do). That reality is often skimmed over, leaving the people who feel like shit to feel even worse. Emo Christmas music, if depressing, at least embraces that reality with genuine bangers that make the pain a little less. Plus – and this is, probably, the main reason – the songs are good, and it’s funny to add some unclean vocals in the background of a Mariah or George Michael track. Regardless of why, they exist – so put on a pop-punk Christmas playlist and get comfortable. Happy holidays, you bastards!