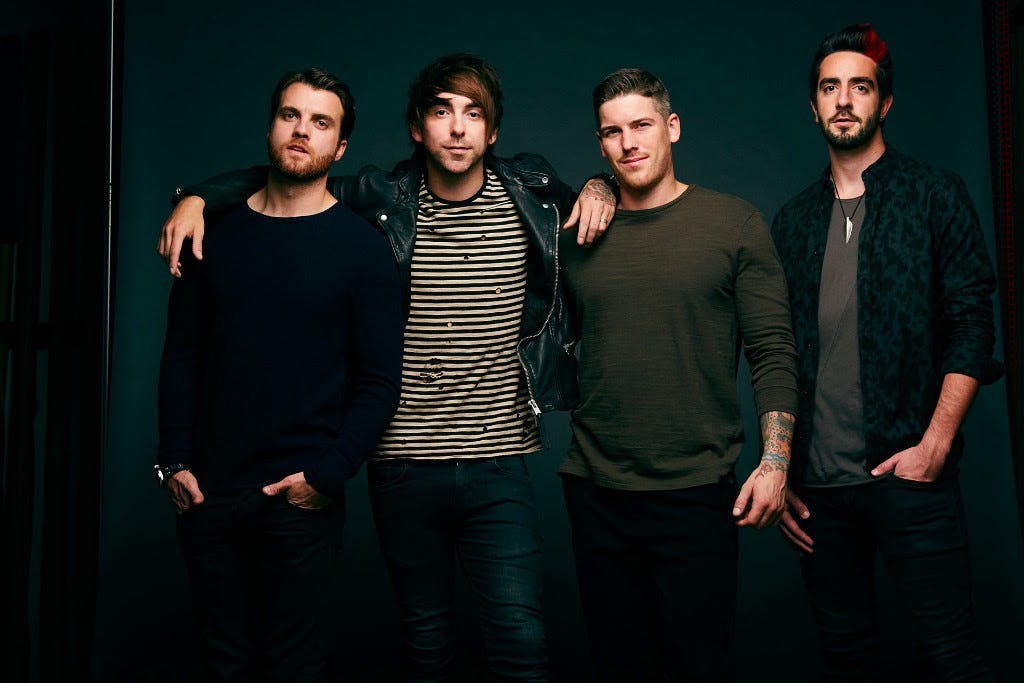 Alex Gaskarth might be busy with his and Mark Hoppus' new side-project Simple Creatures, but he's promised All Time Low have not been forgotten about and, actually, a new album could be coming sooner than we thought.

In an interview on The Music podcast, Alex explained how the band felt like they needed a proper break after 2017's Last Young Renegade, but now him and drummer Rian Dawson have been writing again, and songs are starting to come together.

"We had a long record cycle with Last Young Renegade and we kind of felt like we circled the world twice on that music and it just felt like, maybe, the right time to take a little break from being on the road with All Time Low," Alex explained.

"We just felt like maybe we'd pummelled people over the head with it too much! It was the right moment to take a step back and re-evaluate what the next iteration of All Time Low would be and so we've started digging into demos and new music is taking shape."

He went on to say: "I just spent a few weeks in Nashville at Rian's [Dawson, drummer] studio, starting to form ideas. It's nice, we have an amazing head start on the whole thing and there's already pictures forming which is a nice way to approach it."

While new tunes are in the making, it could, sadly, be a while before we actually get to hear them. Damn it!

"I don't think we're gonna do anything until we feel like it's ready and there's a record there," Alex added. "We don't want to force it obviously, but at the same time I think we're always amped and ready to go."

Might as well re-visit those awesome stand-alone singles they released below...