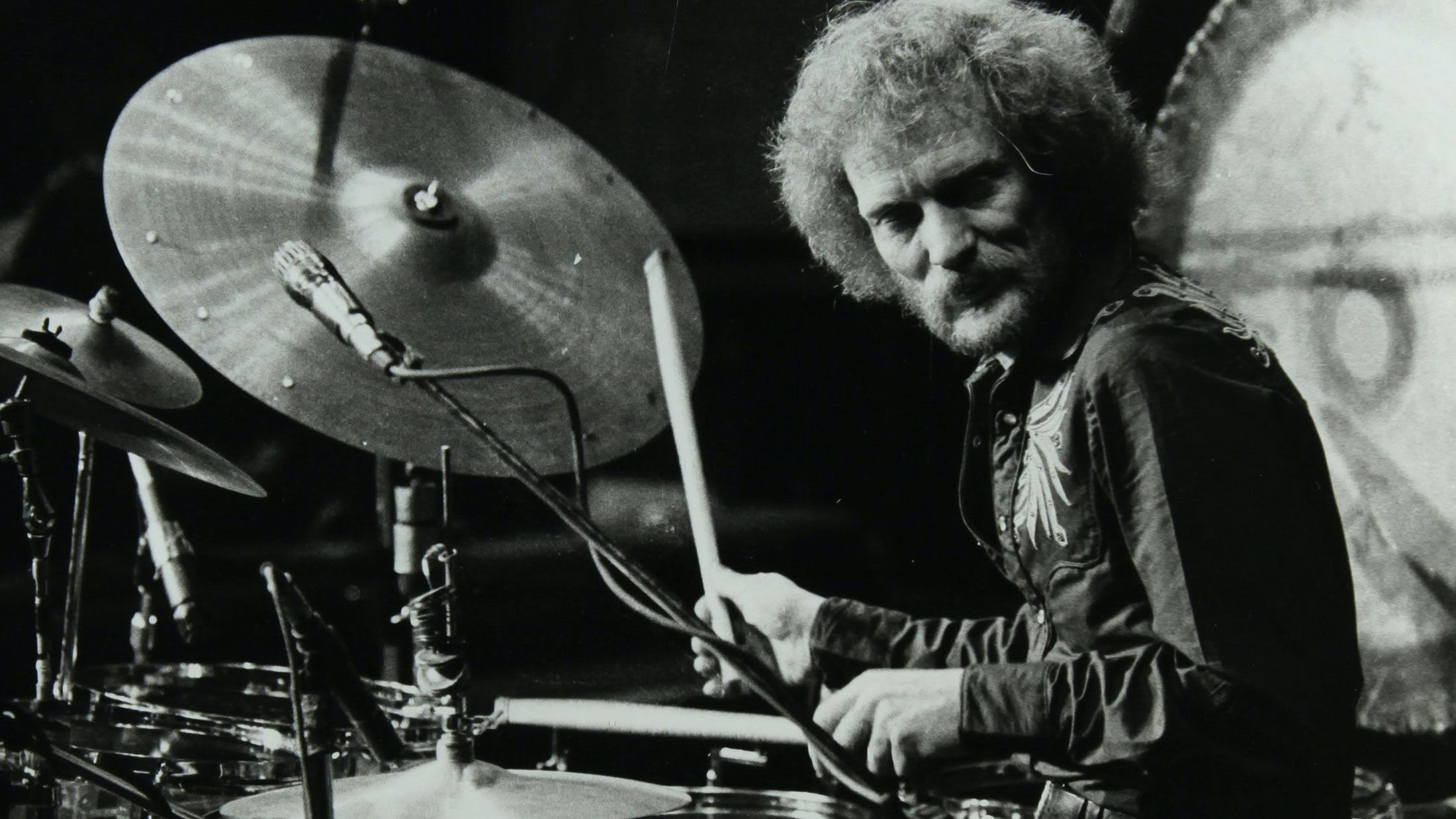 Ginger Baker, the legendary British drummer, has passed away at the age of 80.

The Baker family issued a statement on social media on the evening of September 25 stating: “The Baker family are sad to announce that Ginger is critically ill in hospital. Please keep him in your prayers tonight.”

Baker’s death was confirmed on social media by his family today (October 6) with the message: "We are very sad to say that Ginger has passed away peacefully in hospital this morning. Thank you to everyone for your kind words over the past weeks."

The drummer was one of the founding fathers of heavy music, joining Eric Clapton and Jack Bruce in Cream. The power trio lasted a mere two years between 1966 through to ’68, releasing four albums of psychedelic hard rock whose influence remains considerable.

Baker established himself firmly in that group, most specifically during their live sets when he assumed centre stage with his percussive instrumental tour-de-force dubbed Toad. Originally recorded as a five-minute track on Cream’s debut, Fresh Cream, the live version would often extend to 15 minutes-plus, reflecting Baker’s remarkable ability and ushering in the age of the drum solo in rock music as a whole.

Born Peter Edward Baker in Lewisham, South London, in 1939, Baker was hugely influenced by the fecund ‘50s jazz scene and gravitated to the clubs that sprang up around Soho. It was at that time that he also began to lose himself to heroin addiction – a habit which nevertheless did not interfere with his ability to drum.

His remarkable, improvisational style was augmented by his absorption of African music and, in 1971 following a stint in supergroup Blind Faith and with his own band, Ginger Baker’s Airforce, he travelled to Lagos to set up his own studio and to play with Fela Kuti, the legendary Nigerian musician. A remarkable jam session with Kuti was captured on Fela Ransome Kuti and Africa ‘70's album, Live! – itself an influence on current artists like LA afrodelic groovers Here Lies Man.

His trip through the Sahara in a Range Rover was also documented by film-maker Tony Palmer and released as Ginger Baker In Africa. A surreal document, the film was narrated by Baker himself in his trademarked South London accent.

A tough character who suffered fools lightly, Baker played with a slew of musicians throughout the ‘70s and ‘80s, including the Baker Gurvitz Army, space rock outfit Hawkwind (his crisp performance animates their acclaimed 1980 album, Levitation, which was viewed as a return to form) and Public Image Limited (playing alongside Steve Vai on 1986s Album).

The ‘90s saw him join Chris Goss’ psychedelic rock outfit Masters Of Reality – themselves hugely influenced by Cream. Baker played on the band’s acclaimed second album, 1992’s Sunrise On The Sufferbus, assuming vocal duties on T.U.S.A. – a tune where the drummer lamented “the inability of Yanks to make a good cup of tea” before issuing a set of brewing instructions.

The inevitable Cream reunion followed in 2005, with Baker joining Clapton and Bruce for four shows at London’s Royal Albert Hall in May, and two shows at New York’s Madison Square Garden in October. By this point, Baker admitted that he was suffering from acute arthritis.

In 2012, Ginger was the subject of a documentary entitled Beware Of Mr Baker – directed by US writer Jay Bulger and filmed at Baker’s ranch in South Africa. The film features interviews with Clapton, Black Sabbath drummer Bill Ward, Carlos Santana and Johnny Rotten among others, all of whom laud Baker’s talents while marvelling at his own propensity for self-destruction. Baker’s irascible nature seemed to be confirmed when, on the last day of filming, the drummer broke the director’s nose by hitting him with a cane.

In later life, Baker returned to his love of jazz, forming an outfit he dubbed Ginger Baker’s Jazz Confusion, playing intimate venues including London jazz mecca Ronnie Scott’s. Following his first solo album in 16 years, 2014’s Why?, Baker confirmed that he had been diagnosed with a serious heart condition and cancelled all his forthcoming shows.

His passing three years later has been met with a wealth of tributes from his fellow musicians, all of whom have acknowledged his unique contribution to modern music and what remains a considerable legacy.