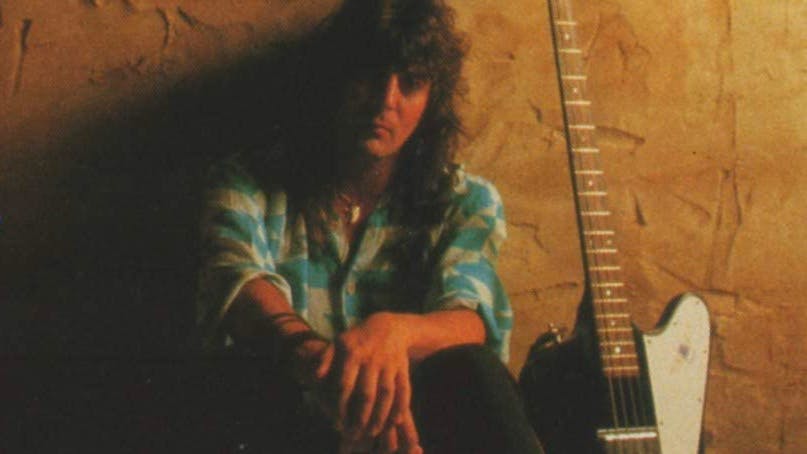 To spend time with Pete Way – UFO’s founder member and bass player – was to revel in the company of someone who genuinely enjoyed living life to its fullest extent.

His death at the age of 69 was not completely unexpected and yet, to those of us that knew him, Pete appeared to be an utterly indestructible character whose love of rock’n’roll was as infectious as his sense of humour.

Born in Enfield, Middlesex, in August, 1951, Pete discovered music at an early age. He worked his way through a number of groups and studio jobs before founding UFO in 1968 alongside frontman/partner-in-crime Phil Mogg. The band’s first two albums saw them serve up a heady brew of unfocussed space rock with Pete writing two meandering tracks on their 1970 debut, UFO 1.

The band’s hard rock sound crystallised in the summer of ’73 when UFO recruited 18-year-old German guitar player Michael Schenker and set about recording their third album, Phenomenon. Released in May 1974, the album included classic tunes Doctor Doctor and Rock Bottom, instantly establishing UFO as a genuine force to be reckoned with.

The subsequent four studio albums – Force It (1975), No Heavy Petting (1976), Lights Out (1977) and Obsession (1978) – and double live tour-de-force, 1979’s Strangers In The Night, confirmed UFO as one of the pre-eminent hard rock acts of their generation, with Pete co-writing a string of classic tunes that included Shoot Shoot, Natural Thing, Too Hot To Handle and Only You Can Rock Me.

Despite their rock star looks, UFO also remained resolutely down to earth, with Pete remaining an approachable man-about-town and regular fixture of London’s late night haunts throughout the ‘70s and ‘80s. Onstage too, he was a firm fan-favourite, his bass playing style and presence presenting UFO with a further focal point alongside Phil Mogg.

Outside of the UK, the band’s global success was such that they developed a rabid fan-base in Japan as well as certain key U.S. strongholds – the hard rock hotbed of Chicago included. Equally significant, was UFO’s impact on fellow musicians, aspiring acts Def Leppard and Iron Maiden among them – Pete being a key influence on Maiden bass player Steve Harris.

In late 1982 Pete left UFO and formed Fastway with ex-Motörhead guitar player ‘Fast’ Eddie Clarke and drummer Jerry Shirley who’d played in one of Way’s favourite bands, Humble Pie. When an offer to join Ozzy Osbourne’s band came his way, Pete left Fastway before they could record their debut album. His stint with the former Sabbath frontman was equally brief and he soon formed his own band, Waysted, with whom he cut three acclaimed studio albums in the late ‘80s.

Pete would return to UFO intermittently from 1992 onwards, and he released two albums with Phil Mogg under the Mogg/Way banner in the late ‘90s as well as recording a number of solo albums.

In 2017 he also wrote his autobiography, A Fast Ride Out Of Here: Confessions Of Rock’s Most Dangerous Man, with the help of former Kerrang! Editor Paul Rees. In fact, the title of that book tells you everything you need to know about the way Pete lived his life.

Pete Way’s passing was confirmed by a post on his Facebook page earlier today, August 14 (see below), which stated that he failed to recover from injuries he’d sustained in an accident two months ago.

Pete leaves behind a remarkable body of work and a reputation as one of rock music’s most loved characters – a point borne out by the tributes that flooded social media as news of his death broke.

Musicians from across the rock spectrum acknowledged his musical influence, his sense of mischief and his unique style with members of Jane’s Addiction, Megadeth, Black Sabbath and Arch Enemy leading the tributes.

Kerrang! would like to extend our condolences to all of Pete’s family and friends, including his wife Jenny and his daughters Zowie and Charlotte. Pete was man who, down the years, regularly invaded K! HQ dazzling those of us in attendance with his wit, wisdom and, indeed, several tales that should never be repeated in public. We will miss him terribly.

Paul Raymond, guitarist and keyboard player for the classic line-up of seminal heavy rockers, passed away from a heart attack this weekend. He was 73.

The Stories Behind Rock's Most Iconic Album Covers

Nuclear Blast Entertainment President and industry legend Monte Conner reveals the true stories behind the most famous record sleeves of all time.