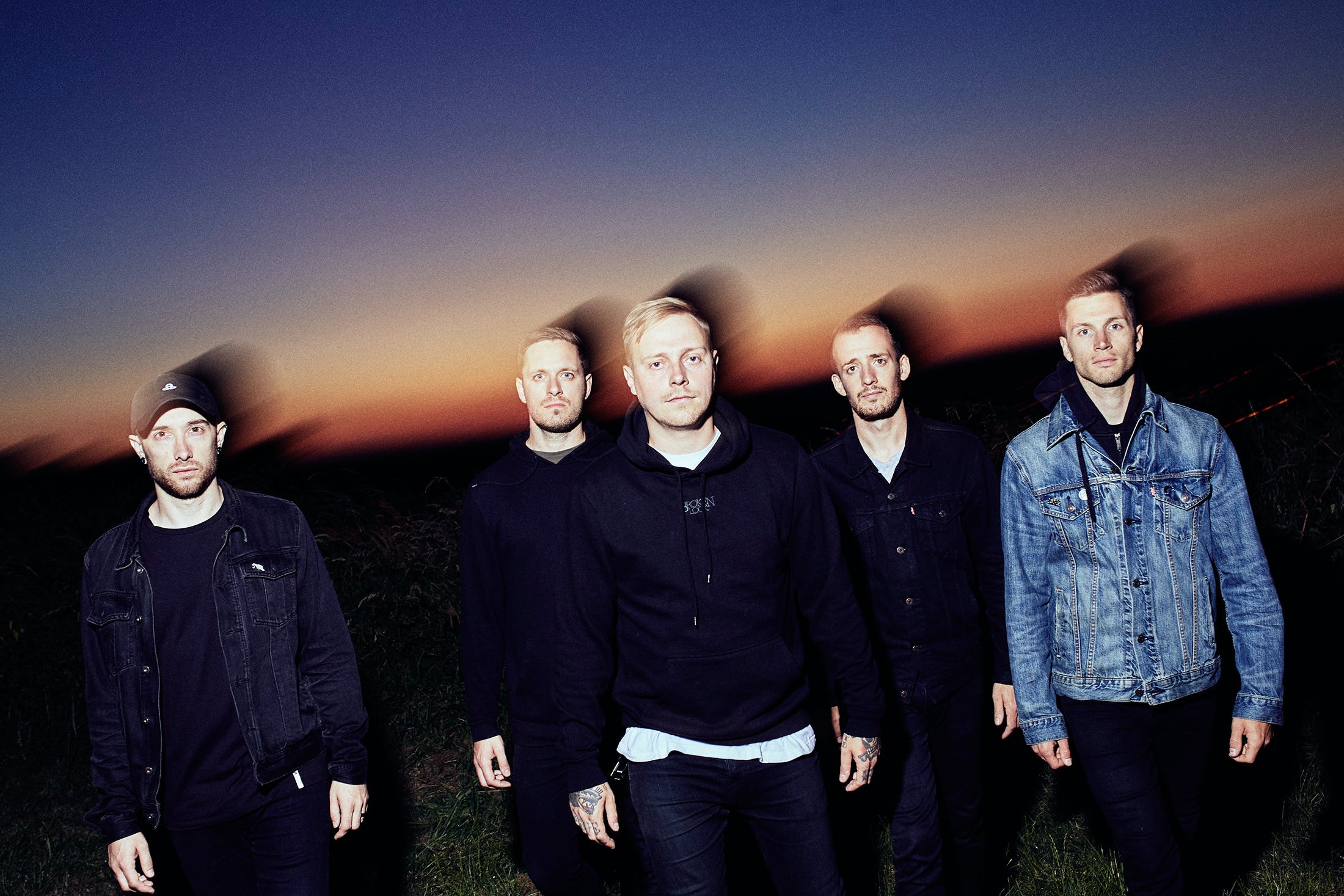 Life is a war between the darkness and the light. On one side, we see the spark of creation, the will to be, and the promise of possibility. On the other lies the inevitability of loss, the pain of existence and the murkiness of oblivion. With the tragic passing of lead guitarist and chief songwriter Tom Searle in August 2016, it felt like the surviving members of Architects could slip permanently out of the sun. Holy Hell is the spectacular sound of them bravely holding on.

Defiant, dramatic opener Death Is Not Defeat sets the tone, picking up where its incredible predecessor All Our Gods Have Abandoned Us left off. Reflecting on mortality and the transience of earthly existence, it forces the listener to ask themselves whether passing the torch is simply part of natural evolution – is there as much power in a future unmapped as in one where the final destination loomed so ominously? They’re questions without easy answers, but there’s punishing reward and a tangible sense of catharsis in their exploration.

Second track Hereafter kicks off that journey proper. ‘Can I come up for air?’ begs vocalist Sam Carter, with real vulnerability ringing over the song’s synthetic ambience, ‘Because I’ve been learning to live without.’ Triggering an avalanche of bone-crunching riffs that twists down around a massive chorus, it’s one of the most emotionally stirring tracks they’ve ever committed to record. Mortal After All chucks gunpowder on to the emotional maelstrom, and when we reach the churning guitars and stabbing string-section of the title-track – with Sam’s anguished vocal delivery laying bare every drop of anger, confusion and pain that have stained the past two-and-a-bit years – it’s clear that the ability to evoke wounds has endured

Central to this is Tom’s twin brother, Dan. Referring to the record as a contemplative study in pain, the drummer has processed the loss of his closest relation while steering the band they started together back from the precipice. The inherent power and honesty in that bleeds from lyrics like, ‘We’re all refusing to feel and yet we’re dying to heal,’ (Dying To Heal), and right through the dark ferocity of 108-second explosion that is The Seventh Circle.

Significant credit is also due to new guitarist Josh Middleton. The Sylosis frontman – Architects’ longstanding friend – has integrated immediately, jump-starting a creative revival while bringing his trademark serrated edge to their sound.

Holy Hell isn’t a one-way misery trip, though. There are seething undertones of sociopolitical frustration about Royal Beggars that suggest personal loss hasn’t blinded these avowed activists to wider societal ills. Doomsday, meanwhile, combines lyrical fragments left by Tom with an instrumental composition that exudes something like acceptance. Perhaps most poignantly, the album’s closing track, A Wasted Hymn, hints at glints of hope on the horizon: a brief segment of Tom’s guitar-work stressing the belief in a better tomorrow without expunging the scars of the past.

It’s a daring final statement from an album that’s by turns gut-wrenching, hauntingly desolate and emotionally devastating. It’s also one that demands end-to-end attention to impart its most poignant lesson: the only way out is through.

Architects' Holy Hell is available now through Epitaph Records. Check it out in full via the stream below.