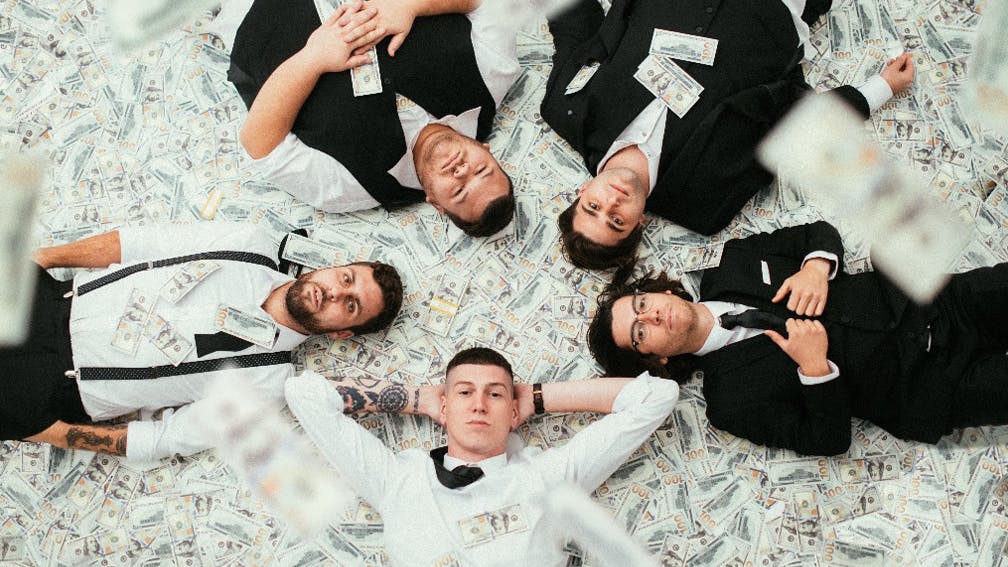 Spiritual awakenings can happen in the strangest of places. As 2016’s Chemical Miracle propelled Trophy Eyes from Australia’s East Coast to sold-out venues across the globe, frontman John Floreani found himself in a Texan suburb 8,500 miles from home, experiencing an unexpected sense of belonging and internal stillness. Soaking up the wide open landscapes and a diet of U2 and The Killers, his band must have thought the road ahead was obvious: the sky is the limit.

Accordingly, The American Dream is crammed full of cheerleading choruses and anthemic hooks the size of the Empire State Building, with grand string embellishments the massive cherry on top. In lesser hands these songs would crumble into an embarrassing mess, but building on the solid foundations of Chemical Miracle, Trophy Eyes instead prove their mastery of bold, chest-busting melodies. And thankfully, rather than donning cowboy boots and singing about open roads, small towns and Taco Bell – as so many bands do when they contract Americana – the Aussie punks retain their identity. Lavender Bay may have stars in its eyes, but it looks out over Sydney Harbour, not the Hollywood Hills, as the band chant, ‘I won’t sleep until Sydney knows my name.’

John’s direct lyrics offer ballast – or a heavy dose of irony – to the fist-pumping euphoria. You Can Count On Me responds to life in the public eye with the self-critical, only half-joking line, ‘Thanks to everyone that bought tickets to my shows / I put all the money that you spent right up my nose.’ Elsewhere, on More Like You’s ode to self-loathing, he resorts to his old hardcore yelp, losing his cool in the grip of an identity crisis before being swept along with the intoxicating chorus and heart-thumping rhythms.

Yet some of The American Dream’s most effective moments are those shorn of bombast. Puffing a cigarette in the cooling Texan twilight, A Symphony Of Crickets finds Johnny quietly ruminating with a peaceful choir of cicadas and swelling strings. Storm clouds loom in the creaky piano and back porch acoustic of A Cotton Candy Sky, but happiness is found in the small details of a family scene. Images of yellow dresses and playing kids sink in gently, as he concludes ‘If that ain’t home, I don’t know what is.’

Full of big hooks and even bigger ideas, The American Dream shows that Trophy Eyes have the ambition and flair to turn their grand visions into reality. It could well see their dreams come true.

This review originally appeared in K!1733

The American Dream is out now, via Hopeless. Check out the stream below.

"I Was Involved With A Lot Of Drugs And Violence, And I Was Caught Up With The Police"

Trophy Eyes vocalist John Floreani reflects on how he turned his misspent youth around to live The American Dream.