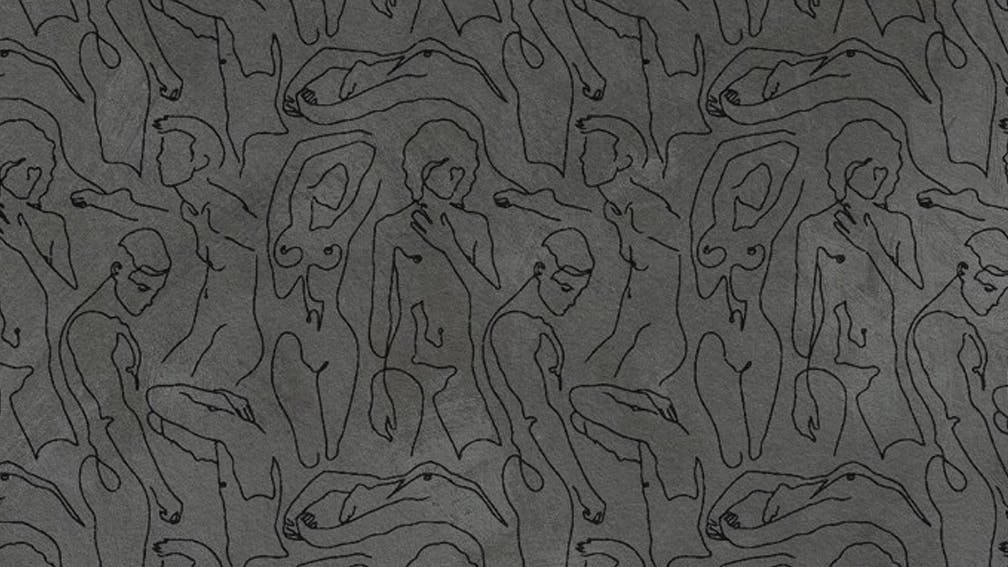 AFI’s self-titled 2017 album, also known as The Blood Album, was always going to be a tough act to follow. Aside from being musically beautiful and lyrically inscrutable in a way that invited continuous exploration, it provided a case study in how a band associated with a ‘young’ sound can modify what they do to reflect their advancing years and shifting creative appetites. If this follow up isn’t as effective, it’s not down to a lack of quality, but being a less cohesive collection that doesn’t quite pull that act off as deftly as its predecessor.

Bodies instantly feels familiar, in a reassuring way, and not just because five of its 11 tracks have long been available to the listening public. Tonally, the likes of Begging For Trouble, Looking For Tragic and Twisted Tongues, with its marching snare and galloping guitar, retain the sleek but spiky model we’ve grown accustomed to in recent years. There’s a residue of the retro about them, too, no doubt informed by singer Davey Havok’s new wave flirtations in his other band Dreamcar, giving them an added atmosphere and vigour.

You only truly realise how tricky this balancing act is when Bodies falls short, which it occasionally does, in moments that are either derivative or a little dull. Taking cues from musical heroes with long careers has served AFI well in recent years, but sometimes they stray too close to their source material, as on Far Too Near, which is far too much like The Cure (as is On Your Back). Escape From Los Angeles, meanwhile, feels like something of a missed opportunity – a more interesting song played at half speed. And that’s not the only point you’re aching for an injection of the rampant pace of yore; Dulceria, with its moody bass and surf guitar lines, walks a precariously thin line between laid-back and lazy, finally teetering into the latter camp as it plods towards the end of its near-five minute running time.

Like The Blood Album, Bodies saves its most experimental moment for the final track. Back then it was The Wind That Carries Me Away, a bluesy bar stomp the band unfortunately didn’t capitalise on with this new album; now it’s the extraordinary industrial lullaby Tied To A Tree. Glacial in both tone and pace, it creeps forwards slowly and ominously before bursting forth into a vast cavern of sound, with Davey’s voice aching on an epic scale. It’s the album’s high point by several thousand feet, while also suggesting that members of AFI could enjoy careers as composers for film, much like Trent Reznor and Atticus Ross.

Let’s be honest: AFI don’t make bad albums, and Bodies certainly hasn’t changed that. It’s just that many of the good things about it are the elements that also end up leading its authors astray. The band’s desire to suffuse their sound with new tones and textures is admirable and frequently pays dividends, but there are moments when that drive to evolve leads them to either cleave too close to other bands or stray too far from their own fundamentals. And while it must be an unenviable task having to navigate these considerations musically, AFI are never less than engaging and still frequently fascinating when they’re doing it.

For fans of: Alkaline Trio, Against Me!, Taking Back Sunday

Bodies is out now via Rise Records

Read this: “Everything ends. And my endings tend to be eternal”: Inside the heart of Davey Havok and AFI’s new chapter

AFI show their evolution on striking new single, Tied To A Tree

Guitarist Jade Puget calls new single Tied To A Tree "an exemplification of the evolution" of AFI.