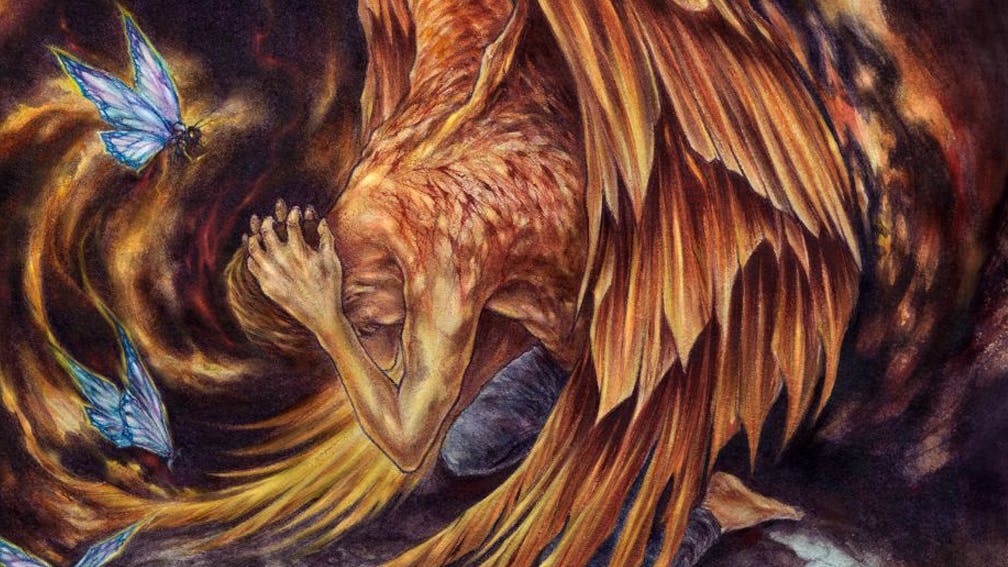 Alpha Wolf is a bold a name for a metalcore band in 2020. Thankfully, this fast-rising Aussie quintet have the scintillating snarl to match up. Emerging all the way back in 2013 from the isolated port town of Burnie, Tasmania (2014’s Origin EP is a compelling snapshot), the odds were never truly in AW’s favour. Having crossed the Tasman and set up shop proper in Melbourne, however, 2017’s debut album Mono and last year’s Fault EP have seen them move to the front of the pack with a blend of hardcore hunger, nu-metal swagger and tech-death intricacy. The scene might be as strong as it’s ever been – not least in their native Australia – but rather than an impassable barrier to success, these lads see a tantalising mountain to climb: a test of their desire, a challenge to use their given tools to haul themselves tooth-and-claw to the very top.

Second album a quiet place to die (lack of capital letters theirs) showcases an arsenal deeper and more varied than ever before. Straight out of the blocks, the title-track delivers the sort of spring-loaded djent twang to get Meshuggah fans salivating, and a sense of unrelenting heaviosity that’s very nearly the match of their countrymen in Thy Art Is Murder. More importantly, it roadmaps a sprawling emotional landscape to be traversed over the next 10 tracks, punctuated by the jagged topography of animosity, anxiety and ultimate loss.

‘I’m on the edge of a knife,’ roars frontman Lochie Keogh on bludgeoning second track Creep, ‘no stranger to the pain...’ and we unequivocally believe him. And so we go, encountering rough-hewn nuggets intimate enough to cut to the bone yet sufficiently abstract to intrigue. Golden Fate Isolate marries something like post-hardcore swagger to deathcore heft. The mid-album salvo of Acid Romance and Rot In Pieces plumbs new levels of caustic abrasion and sheer brutality. Then tracks like Bleed 4 You, The Mind Bends To A Will Of Its Own and Restricted (R18+) broadens the dynamic range, using twistier song structures and brief glimpses of ambient relief to blindside us with fresh blasts of brutality.

Five-minute closer Don’t Ask leaves off with an appetite-whetting glimpse of even broader soundscapes to come. Layering up like a soaring post-metal dream, shattering through in fist-flinging fury and spinning out in a fiery, progressive blaze, it’s the sound of players blazing a new trail to ascend that mountain on their own esoterically ambitious terms.

For Fans Of: Meshuggah, Loathe, Thy Art Is Murder

a quiet place to die is out now via SharpTone

Holding Absence and Alpha Wolf have teamed up for a new four-track split EP, with first single Aching Longing out now…