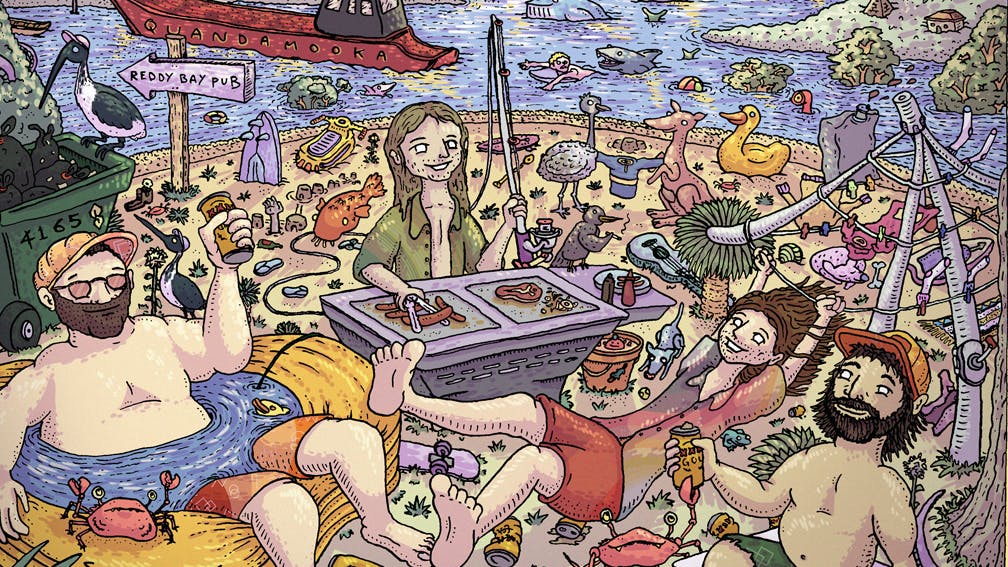 Beddy Rays are a band from a place called Reddy Bay, something which should give you an insight into their approach when it comes to music. These Aussie boys are a fun-loving, carefree bunch whose music revolves around good times and looking after your mates, and their debut, self-titled LP should find them welcoming more friends into their gang, such is the quality of the indie-rock in which they deal.

The breezy, feel-good surf-rock of Wait A While opens proceedings, and comes complete with a massive singalong chorus – something the band demonstrate a knack for throughout this album. Other highlights include the jaunty garage rock of Week On Repeat, which recalls The Subways, and the joyous indie-rock of FOTU, a track which wouldn’t sound out of place amidst the swathes of upbeat indie songs that appeared on The Inbetweeners soundtrack. Recent single Sobercoaster, meanwhile, has the hallmarks of their countrymen Dune Rats, although the Beddy lads do things in a more clean-cut manner.

Aside from acoustic number Brin’s Song, they largely stick to the same formula across this album, but rather than becoming tiresome, the four-piece’s approach works so well that there’s no point in deviating. Beddy Rays know what they do well, their identity is clear and they use this record to explore their sound in all its fast-paced, party-starting glory.

A celebration of friendship and folly, this is, despite its creators’ easy-going demeanour, a serious statement of intent. When it comes to musical pick-me-ups, this quartet have produced one of 2022’s best so far.

Beddy Rays is self-released on July 29