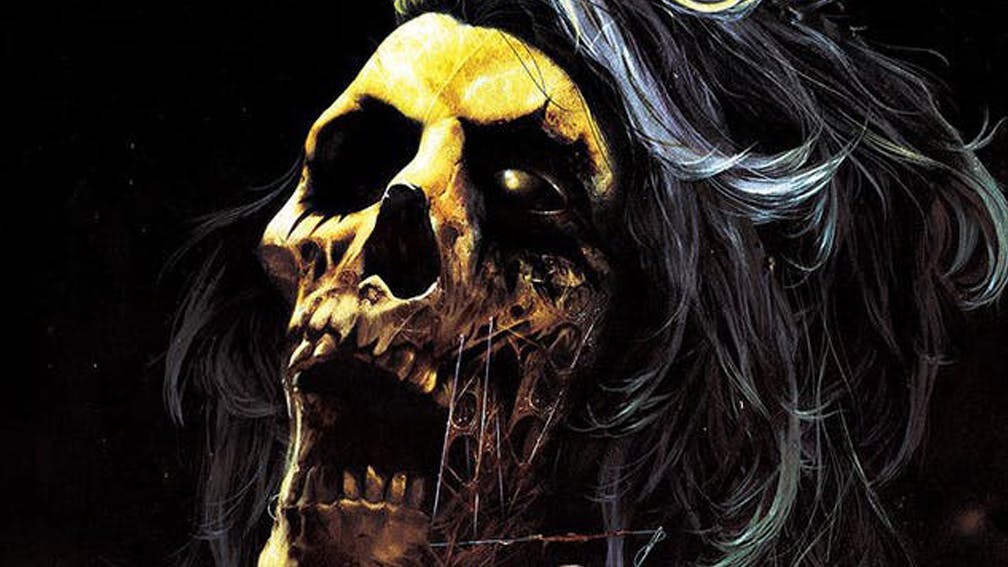 In 2010, Black Veil Brides had a small (if extremely dedicated) following, big dreams and even bigger egos. “I was so headstrong and cocksure at that age,” frontman Andy Biersack laughs today. “Famously I said in a magazine that we were better than Led Zeppelin, and of course people got mad at me for that. But I wasn’t saying that what we were doing was objectively better than Led Zeppelin, it was that I don’t give a shit about Led Zeppelin nearly as much as I do our band. At that age I was just so certain that what we were doing was more important than anything else, at least to me, and I wanted to celebrate that.”

Black Veil Brides have remained a very important band for a lot of people. Debut album We Stitch These Wounds was a battle-cry for the disenfranchised and a celebration of the other. It was also chock-full of absolute anthems but, as time went on, the band started to feel that they hadn’t managed to capture the sound they had heard in their heads. It was, says Andy, largely down to a lack of budget and recording it in the wee small hours in a place that was, essentially, a commercial jingle studio. “Sonically, it didn’t even have the feel that the demo that Jake [Pitts, guitar] and I had made in the apartment we shared had. It just felt small,” he recalls.

Now, 10 years on, they’ve finally redressed the situation and in some style. Re-Stitch These Wounds – you see what they did there? – is no mere remastering. The whole thing has been re-recorded from scratch, and for the most part it sounds immense. The guitars are beefed up considerably, as you might expect with Jake in the producer’s seat, and the instrumentation is more to the fore. Some fans might prefer Andy to be further up in the mix – especially as his vocals have improved so much over the past decade – but the resultant sound is so much more dynamic than the original.

This new album has been described as a ‘reimagining’ of the debut, but that’s probably overstating the changes. The only complete overhaul here is The Mortician's Daughter (Overture III), which ditches the acoustic guitars and poetic romance of the 2010 version. It’s transformed instead into a lush, piano-led instrumental packed with resonant strings more in line with Jake’s virtuosic Overture on 2013's Wretched And Divine…

Elsewhere, the songs remain the same but with tweaks and improvements in pretty much every department. The solos blaze brighter and the riffs and rhythms have better flow. Listen to the pneumatic breakdown on Knives And Pens, or the cascade of notes that gives way to the driving riff on Never Give In, and you’ll find tracks that have been transformed without changing their basic structures. Andy’s vocals, meanwhile, are smoother and more consistent without the occasional strained inflection that peppered the original. Some of the more metalcore moments could have stood more focus on the screaming, but that’s a small grumble when the overall result is such a rampantly explosive do-over.

Re-Stitch These Wounds is released on July 31 – pre-order/pre-save your copy now.