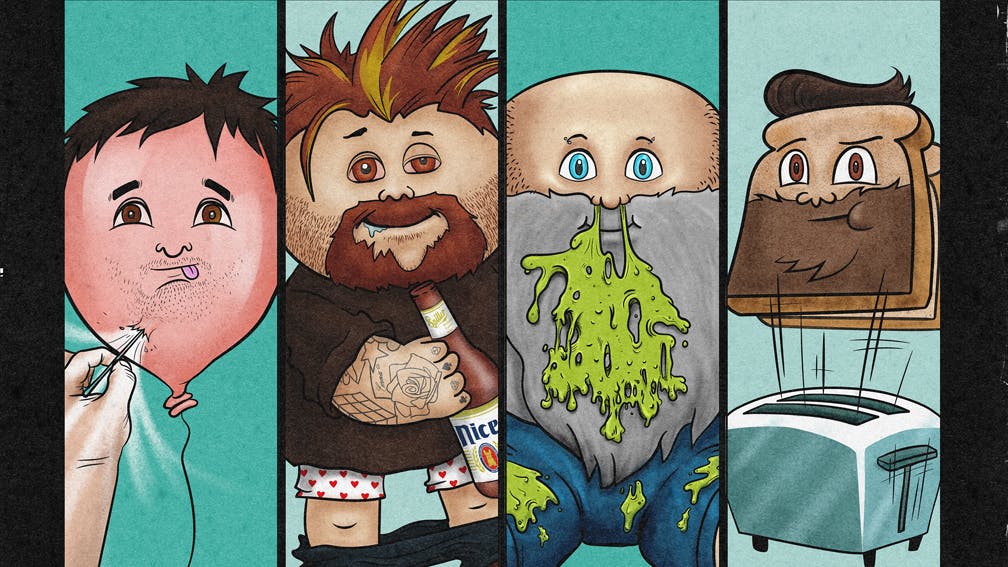 Now 11 albums deep into their career, we all know what pop-punk goofballs Bowling For Soup bring to the party. Catchy hooks and self-effacing humour abound in all that the Texas four-piece do, but so too have the band retained a more emotive underbelly that belies their comedic front. On Pop Drunk Snot Bread – their first album-proper in six years – Jaret Reddick and co. kick the emotional stakes up a notch, delivering a strong collection of pop-punk jams that are among the best the band have produced in recent times.

Classic BFS tomfoolery arrives early on in the form of I Wanna Be Brad Pitt, a song that, predictably, is packed full of lyrical absurdities, but the hooks are undeniable. The same can be said for Alexa Bliss, the band’s fun ode to the WWE wrestler of the same name, but Pop Drunk Snot Bread unexpectedly excels when its creators explore their more serious side.

Charming acoustic number The Best We Can is as sincere as pop-punk ballads come, and echoes the heartfelt sentiments of 2011 fan-favourite Turbulence. The nostalgic storytelling of Wouldn’t Change A Thing is another winner, while After All These Beers – a love letter to the band itself – rounds proceedings out in euphoric fashion.

There’s the odd misstep – see Killin’ ‘Em With Kindness, where the humour and unorthodox structure fail to land – but for the most part, Pop Drunk Snot Bread is a joyous and welcoming record made for beer-in-hand, arms-around-the-shoulder singalongs. Nearly three decades in, Bowling For Soup are proving they can still bring the pop-punk good times better than most.

Pop Drunk Snot Bread is out now via Brando/Que-So