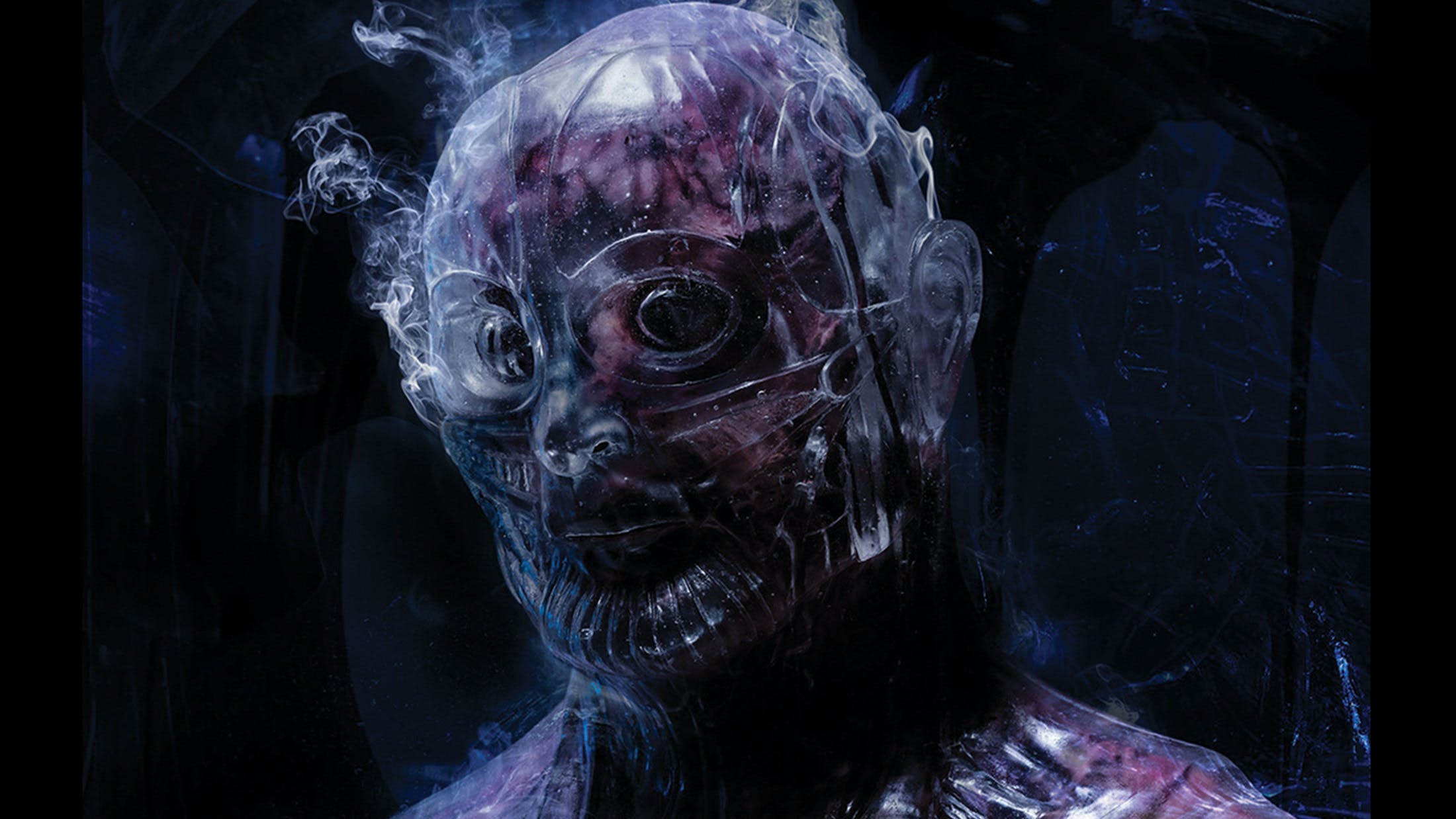 Jami Morgan likes to talk big. Describing Code Orange’s third album to Kerrang! at the start of the year, he called it “our most psychotic shit”. Proudly, he also predicted that at the band’s forthcoming Coachella appearance, they would be “the best band in the world, just like every day”. Most presciently, he made a promise that claws its truth into you throughout Underneath’s intense three-quarters-of-an-hour: “You can’t point to it and say, ‘That’s not hard.’ It’s some of the hardest shit that there is. Not just from us. Period.”

This statement may as well be a contract signed in the vocalist’s own blood. Some of Underneath is nakedly aggressive, a running bodyslam into the frontiers of hardcore, metal, or whatever else you’d care to name these eruptions of aggro. Other moments are a grinding, stressful sonic migraine, in which meticulously manipulated digital embellishments scrape down the spine to cause genuine discomfort and, at times, a degree of intentional irritation. Conversely, some of it is intensely catchy, creepily sidling up to you and getting under your skin. But Jami is also absolutely correct about the effect of whatever sounds his band wrestle with at any given point: providing the next 10 months don’t gift the world a nuclear conflict, Underneath is without doubt the hardest thing you will hear for a very long time.

Take Swallowing The Rabbit Whole, which opens the album properly after the intro of (deeperthanbefore) establishes a powerful sense of dread. The beefy one-two riffs initially seem familiar territory, but almost immediately they’re cut up by digital glitches and slashes, with the harsh buzzing of electronics rudely interrupting and jolting your brain like an unexpected slap to the face, bringing to life the underlying theme of what technology is doing to us. It continues through the similarly abrasive In Fear and brutally squalling You And You Alone. And it’s on the latter where the album starts its journey to a place where crawling, slimy atmospheres prove as caustic as the full-on metallic assaults. In these moments, echoes of Björk, Midsommar soundtrack genius The Haxan Cloak and Nine Inch Nails (whose electronics whiz Chris Vrenna helped CO’s digital manipulator Shade realise their vision) can all be heard. But, just like these artists, Code Orange have created what they have here by searching for something that is resolutely their own.

This is what makes Underneath so thrilling and hard-hitting: you don’t know where the blows are coming from next, because it ducks and dives like nothing you’ve come across before. Just when it’s almost too much, they deliver Sulfur Surrounding and The Easy Way, two songs that use giant choruses to balance the intensity of Autumn And Carbine or the hateful Back Inside The Glass. Throughout, a singular focus on that hardness of which Jami spoke, on pulling themselves up by their bootstraps – in terms of creativity, darkness, musical skill and blunt force – gives the album the power and terrifying know-how of an SAS squaddie. And while one can make comparisons – to Nine Inch Nails, to the untethered nihilism of Slipknot’s debut, to the artful extremity of The Dillinger Escape Plan – Underneath is its own species of wild animal.

But never does the mission statement slip, and the fact that all this fury comes from within makes it all the more overpowering. It makes Underneath one of the most powerful, cathartic, creatively satisfying and bruisingly heavy records of its age. The discipline, exploration and unforgiving self-critique that Code Orange have invested in it have come out the other side as something as hard and robust as granite, and as sharp as Death’s own scythe. And that’s why, in years to come, this is an album that will still stand as a monument to just how scaldingly intense music can be.