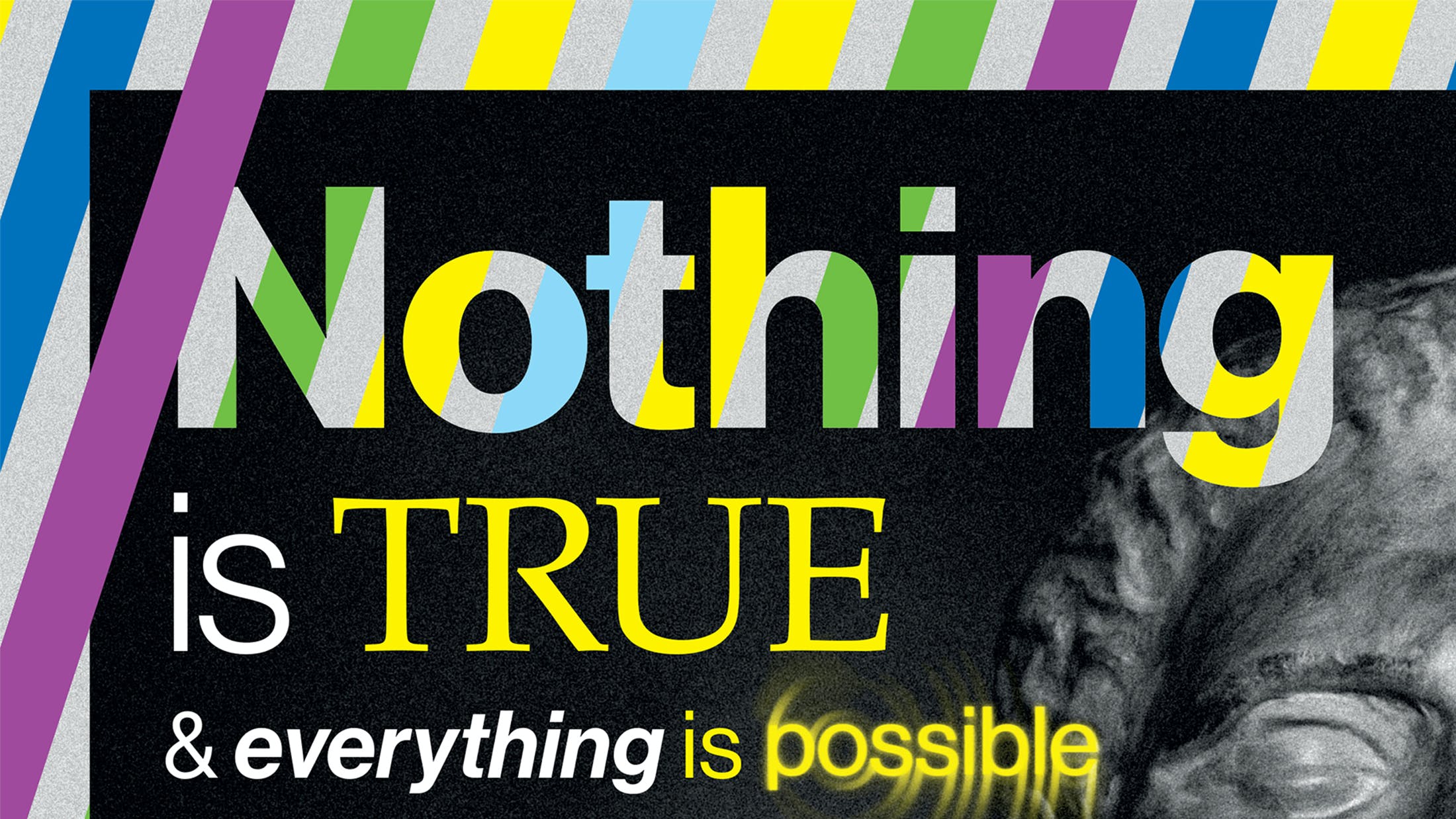 Enter Shikari’s last record, 2017’s The Spark, was a moment of smart reinvention. It trimmed down the quartet’s heavier edges and folded their experimental electro-punk sound, origami-like, into a neater, poppier shape. The group’s sharp lyrical discharge began to take a softer, more personal form, too, as singer Rou Reynolds described panic attacks on songs like An Ode To Lost Jigsaw Pieces, while his struggles with anxiety deepened by the unstable, volatile backdrop of a nation that had just voted for Brexit. Even equipped with a retro-space-age aesthetic, it felt modern and forward thinking, and it won the Kerrang! Award for album of the year in 2018.

By contrast, Nothing Is True & Everything Is Possible is a far wilder, bumpier ride. While The Spark had a vacuum-packed orderliness to its future-gazing, this feels more like we’re hurtling through space on a rocket we’ve long forgotten how to drive. Produced by Rou himself, it’s a record that brings together moments as diverse as the glorious, sunshiny pop-punk of Crossing The Rubicon, and the freakish Waltzing Off The Face Of The Earth (I. Crescendo), with its dystopian carnival of horns. There’s even a four-minute classical arrangement, Elegy For Extinction, which was recorded with the City Of Prague Symphony Orchestra. It’s a collision of ideas and experimentation more ambitious than anything the band have attempted on one record before.

This unpredictability and messiness is perhaps the perfect backdrop for Rou’s headspace, though, as he continues to put his uncertainties and fears about modern life under a microscope. The singer’s troubled social commentary on topics such as climate change (Waltzing Off The Face Of The Earth) and social media outrage ({ The Dreamer’s Hotel }) is as sharp-tongued as ever. ‘Our future’s been denied and there’s nowhere to hide,’ he squirms on the former, but it’s still a feeling of hope that tends to win out. This album also dials up the vocalist’s devilish black wit and wordplay, the best of which comes in punchy anxiety anthem ‘modern living…’ and its irresistible football terrace-style chant: ‘We’re apocaholics / Drinking gin and tonics / Lying in the flowers / Counting down the hours.’

What’s most impressive is that all these ideas co-exist and complement one another, bonded together by a feeling that is quintessential Shikari. Speaking ahead of this record’s release, Rou mentioned how much of it was inspired by his work on an update to the band’s scrapbook anthology, Dear Future Historians, which charts the band’s lyrical history from 2006 onwards and was put out last year. It perhaps explains why so much of the band’s past can be felt throughout this new collection of songs. T.I.N.A., for example, is founded on mischievous bleeps reminiscent of the band’s 2007 debut Take To The Skies, while thē kiñg’s brutish punk-rock harks back to 2012’s A Flash Flood Of Colour. Then there’s the delicate sparseness of The Pressure’s On, which ensures that the colourful tenderness of The Spark hasn’t been left behind.

It means that, despite the band stretching their boundaries wider than ever before and employing a kitchen-sink approach to experimentation, this is the most Enter Shikari sounding record the band have made to date. That they’re able to juggle all of this while making something that captures the uncertain mood and feelings of a generation only serves to show off their genius further.

READ THIS: "An exploration into human possibility": Inside Enter Shikari's most ambitious album yet