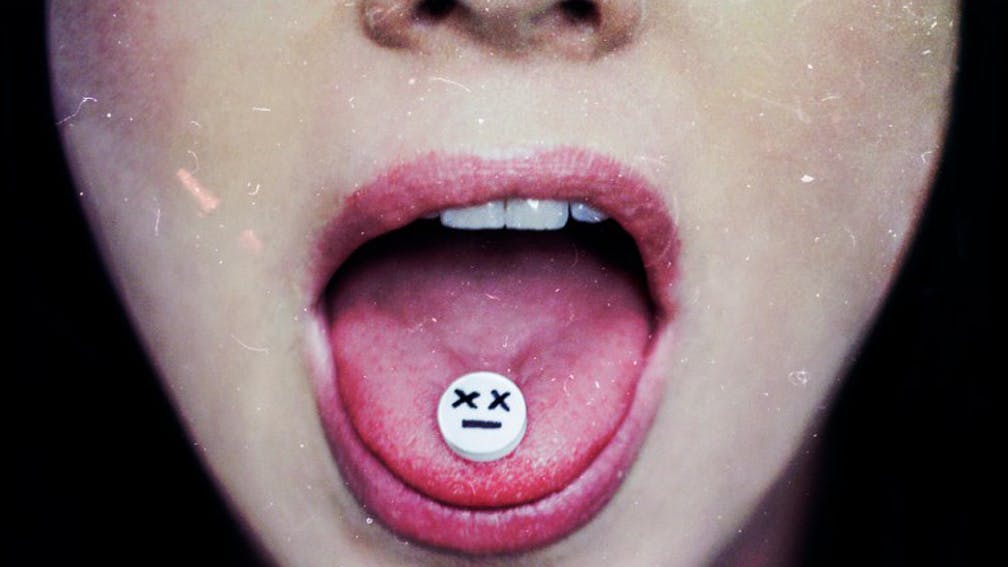 Think on this: the last time Evanescence released a studio album, the idea of Donald Trump in The White House was just a low-hanging joke on The Simpsons. Bird flu was nothing anyone outside the immediate outbreak area should be too concerned about. A tour to support a record was a given, not a vague, movable wager.

Just as the world feels definably different to a decade ago, so too do Evanescence. As with the five-year gap between 2011’s self-titled third album and 2006’s The Open Door, the 10 years dividing that album and The Bitter Truth have acted as a natural buffer, a divider between chapters, a dispatch from Amy Lee's life that finds her in a recognisably different place than last we saw her. If the dark and lachrymose The Open Door felt like an adjustment to the rarefied air and frustrating loneliness of stardom after 2003’s Fallen made Evanescence into one of America’s biggest bands almost overnight, its successor felt more like time out and recovery.

On The Bitter Truth, that line in the sand is drawn from looking outward as much as it does inward. Where previously the journey had been a search for the self, here among the reflections on death, a crisis of faith, loss and clean breaks, there is also, for the first time, a sense of being a leader, a teacher. Once again, it marks a distinct period for its creator, defined both by the music and the fact that Evanescence records only come out when they’re ready to, away from the usual cyclical music industry treadmill. Amy Lee might not work fast, but when she does, she does so deliberately and definitively.

Far From Heaven inwardly examines a wavering of Amy’s beliefs, indirectly touching on the loss of her brother Robbie in 2018. It’s a haunting, huge piano ballad in which Amy’s voice, though laden with heavy emotion, defiantly soars. The heavy Better Without You, meanwhile, is a cleaning of house that, in its chorus, sounds not unlike Adele’s Skyfall theme with massive guitars behind it. It’s a similar case for Feeding The Dark. But if these moments seem like familiar territory for Evanescence, where it takes its identity is in the feeling of climbing back up again after taking the knocks. Learning from, rather than drowning in, life’s gristle. That and the ever-expanding musical palette, still rooted in the vaguely gothy metal of old, but now with the heaviness taken further, and punctuated with electronics and keyboards that aren't so far from Bring Me The Horizon at their most epic.

But it’s in Use My Voice that the change of perspective is most obvious. As Amy explained at the time of its release last year, as the Presidential race got really nasty and the Black Lives Matter movement found itself facing a wall of ignorance as much as it blossomed support, though not directly influenced by these events in its writing, it also speaks of realising that speaking up and being part of the solution is sometimes as important as offering reflection and comfort. In breaking her own fourth wall and showing her hand in this way, it’s an empowering, defiant statement. That this often enigmatic artist has felt it necessary to go down such a path at all only underlines the song’s point, and The Bitter Truth as a whole.

Weirdly, the feeling of it all is a mixture of things, most of them positive. There’s catharsis and darkness, but they are of the most forward-looking variety, fringed at times with something approaching hopeful joy. In a time where Evanescence’s usual emotional touch could easily speak to feelings of isolation, fear, confusion, hopelessness, loss and fragility, The Bitter Truth gets on that frequency and interrupts it. It's not an album that lies and tells you everything is fine, but reminds that, even in the darkest points of life, things do and will get better. And in another 10 years if they haven't, Amy Lee will doubtless have a comforting, ambitious, emotionally articulate way to navigate that as well.

For fans of: Alter Bridge, Within Temptation, Bring Me The Horizon

The Bitter Truth is released on March 26 via Sony.

READ THIS: “I needed to face the abyss head on”: Evanescence’s Bitter Truth laid bare