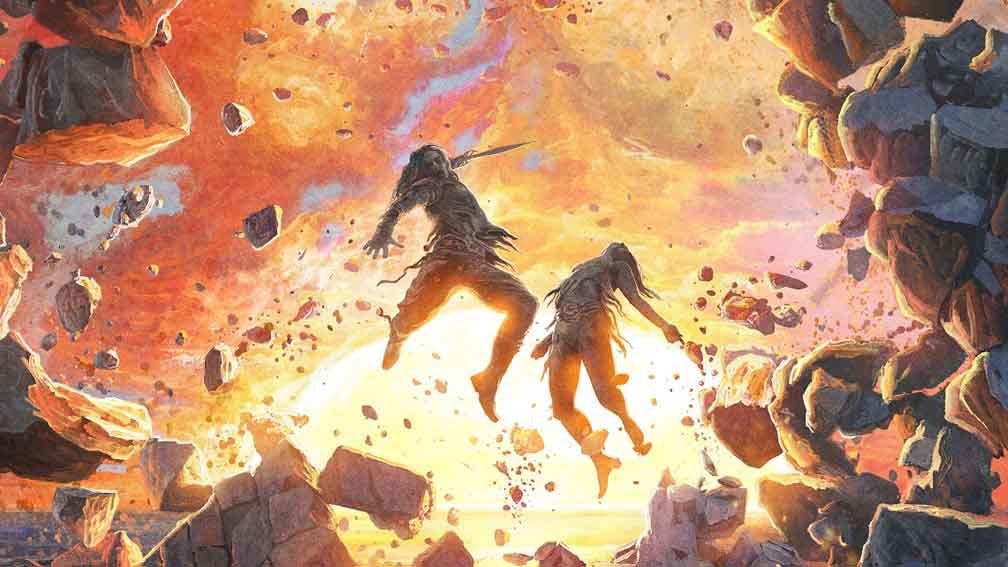 Firstly, let's make this clear: Fellowship are not a Lord Of The Rings-themed band. However, many aspects commonly associated with the great works of J.R.R. Tolkien can also be found in their debut album The Saberlight Chronicles. Epic adventurous ideas? Check. A wonderful sense of camaraderie? Check. Glorious moments that truly uplift the spirit? Check.

This is dynamic power metal for the purest of heart. From the rousing chorus of Until The Fire Dies, to the virtuoso shredding of Oak And Ash, there's a warmth and sincerity behind the musical expertise that shines from every track. Fellowship could also be entering the Guinness Book of Records this year for being the world's first power metal band to not sing about dragons.

Lyrically, they stride boldly on to the less-chartered territory of mental health. Vocalist Matthew Corry belts empathetic words to uplifting melodies and it's a hell of a stirring combination, most potent on The Hours Of Wintertime. Close your eyes as this song plays and it's easy to picture hordes of fans singing along to the empowering refrain: 'What makes me strong is today.' And this is just one of what feels like millions of inspiring moments on this record.

It's impressive to think how far the British four-piece have come since forming in just 2019. Their self-titled EP caused quite the stir when released in 2020, prompting high praise from the likes of DragonForce's Herman Li. The band gained a following very quickly and it's no secret that expectations were set sky-high for their debut. Well, it's finally here. And it's even better than anyone could have ever dreamed. It's clear that the future of power metal lies in very safe hands.

The Saberlight Chronicles is out now via Scarlet